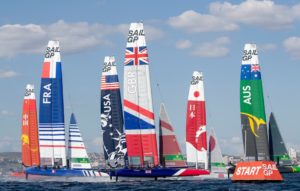 Yesterday       Sail GP: 2020 season canceled       One of the owners of the Sail GP racing series, the famous Russell Coots made an official statement today: in connection with the coronavirus pandemic, the Sail GP stages are canceled in 2020. The second season of the series will be considered 2021. According to the five-time America Cup winner Kutts, the results of the only stage that was held this year – in Sydney – will be canceled. At the same time, it Read more

One of the owners of the racing series of Sail, GP famous Russell Coutts spoke today with an official statement in connection with the coronavirus pandemic phases GP Sail in 2020, the year is canceled. The second season of the series will be deemed to 2021. As reported by five-time winner of the America’s Cup Coutts, the results of the only phase that was able to hold this year – in Sydney – will be cancelled. Thus next year it Read more

2 March in Cape town launched the first ever 52 Super Series racing in the southern hemisphere. According to the results of two races held 52 SUPER SERIES in Cape Town 2020 team of the Yacht club of Saint-Petersburg “Battleship” occupies the fifth place of the standings with one coming in the top three. The start of the official programme of the first visit of the 52 Super Series on the African continent were an excellent “sailing” weather. The first Read more 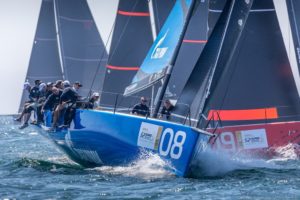 Yesterday       "Battleship" opens a new season       On March 2, the first in the history of the 52 Super Series race in the southern hemisphere kicked off in Cape Town. According to the results of two races held 52 SUPER SERIES Cape Town 2020, the team of the Bronenosets Yacht Club of St. Petersburg takes the fifth line of the standings with one arrival in the top three. The start of the official program of the first visit of 52 Super Read more 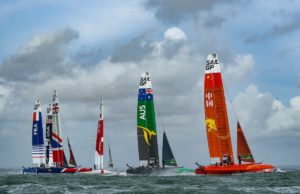 Yesterday       In the new season – without the Chinese       The Chinese team took an honorable third place in the first season of the SailGP racing series, ahead of the national teams of Great Britain, France and the USA. Agree, a considerable achievement. Only here it, apparently, will remain the only one in the history of Team China. The explanation is simple: the Chinese will no longer perform in SailGP. The race organizers said that in the new season of the Read more

The Chinese team won the first season of the racing series SailGP third place, ahead of the teams of great Britain, France and the United States. Agree, a considerable achievement. Only here it, probably, will remain only in the history of Team China. The explanation is simple: more Chinese in SailGP will not act. The organizers of the race announced that the new season quickly became a popular series place of China is the team of Spain. According to the Read more 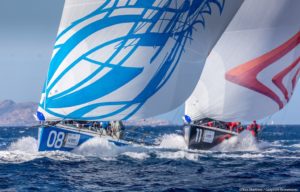 Yesterday       The best season for the Battleship       On September 28, in Porto Cervo in Sardinia, the 52 Super Series of the 2019 season ended with a dramatic denouement. Thanks to the amazing composure, the Italian Azzurra won the season title, and the St. Petersburg Yacht Club team finished the season in a worthy fourth place. The first comparison of the lineup in the standings of the season before the start of the Audi 52 SUPER SERIES Sailing Week Porto Cervo Read more

28 September in Porto Cervo in Sardinia dramatic outcome ended the race 52 Super Series season 2019. Thanks to the amazing composure title of the season won the Italian Azzurra, and the team of the Yacht club of Saint-Petersburg has finished the season in a respectable fourth place. The first comparison arrangement of commands in standings of the season before the start of the 52 SUPER SERIES Audi Sailing Week in Porto Cervo September 24, and after September 28 will Read more 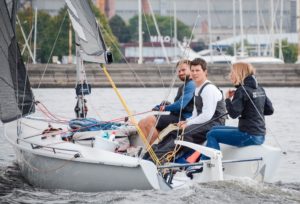 Yesterday       The last races of the season in the Baltic       Today in St. Petersburg will be the first race of the national championship in sailing in the class of yachts SB20. Starts in the Gulf of Finland will be the last official competitions of the Russian calendar in the Baltic. A large number of regattas, held both in Russia and abroad, allows riders in good shape to approach the main starts of the season. And in the SB20 class, this Read more

Today in St. Petersburg will host the first race of the national championship sailing of yachts SB20. Starts in the Gulf of Finland will be the last in the Baltic official competition of the Russian calendar. A large number of regattas that take place both in Russia and abroad, allows riders in good shape the approach to the main starts of the season. While in class SB20, he this year already traditionally eventful. Club races, international regattas, stages of the Read more