Skip to content
Latest News:
There is no snow, but you hold on!
284 miles benefits!
Second in the Silver Fleet 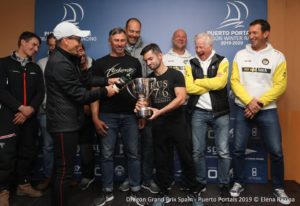 November 15, 2019       Another victory of Samokhin       In the list of achievements of the dragon player Dmitry Samokhin, who, recall, is one of the nominees for the 11th National Award “Yachtsman of the Year”, it's time to add another line. The “submission” of Samokhin, claiming along with two other nominees for the title of the best yachtsman in the country, says: “In 2019, he won the Champions Champions race held in San Remo as part of the anniversary regatta in Read more

The list of achievements draconist Dmitry Samokhin, which, recall, is one of the nominees for the 11th National award “Sailor of the year,” it’s time to add another line. In “view” Samokhina applying along with two other nominees for the title of best yachtsman of the country, says: “In 2019 won the race “champion of Champions”, held in San Remo during the jubilee regatta in honor of the 90th anniversary of the Dragon class. Won The Cup In Marblehead. First Read more 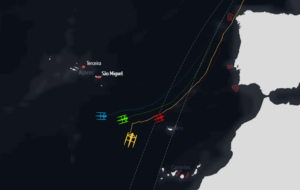 November 7, 2019       Rio is another 7 days The second day ends since the start of the Brest Atlantiques race in Brest, in which four Ultim class maxi-trimarans take part. 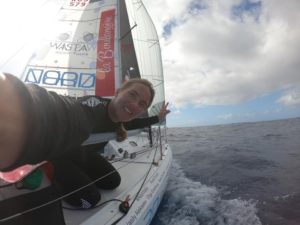 November 8, 2019       Gracheva climbed another 5 steps       The latest news from the distance of the second stage of the transatlantic race Mini-Transat La Boulangère. Over the past day, Irina Gracheva (579), serving in the division of serial yachts, again managed to advance up the table.

Latest news from the race the second stage of the transatlantic race Mini Transat La Boulangère. For the last day Irina Gracheva (579), acting in the division, a serial yacht, once again managed to move up the table. Now Irina is on the 28th place! For two days she climbed 20 positions. Great! While Fyodor Druzhinin (759) in the division of Proto remains at the 18th position. And, importantly, closer to those who stand directly above it in the table. Read more

Here is the message which today issued by the Polish centre for Maritime rescue in Gdynia: Sunday, September 15, about 17.50, our Center received a report that near the Lithuanian port of Klaipeda distress Polish 12-meter yacht Lilla w. Later came a new message about the rescue work. As it turned out, distress the yacht was seen off the beach a gentleman, who reported it to the appropriate service. The wind at this point was 9 points on the Beaufort Read more 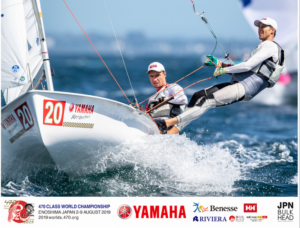 August 8, 2019       Another license!       At the world championship in class 470, which takes place on the Japanese island of Enoshima, the matter goes to the denouement: tomorrow the medal races will take place. In this regard, we have two news – good and bad. Where to start? Let's start with the good one. What is there – with excellent! Pavel Sozykin and Denis Gribanov provided Russia with another Olympic license. As you know, 4 tickets to the Games were Read more

At the world championship in the 470 class, which takes place on the Japanese island of Enoshima, the case comes to a head: tomorrow will be the medal race. In this regard, we have two news – good and bad. With what to begin? Let’s start with the good. Yes there is with excellent! Paul Sozykin and Denis Gribanov gave Russia another Olympic license. As you know, the championship was played in Enoshima 4 trips to the Games, and our Read more

The website of the ROC has published an interview with Natalia Ivanova. We decided to reprint the interview – so you can understand what bothers and what pleases head coach of the national team of Russia on sailing. Russian yachtsmen won the third license for the Olympic games in Tokyo. Company Stephanie Eluting (RS:X) and Sergei Komissarov (Laser) made up of lipchanka Yekaterina Zyuzina, who won for Russia the quota at the end of the world championship in the Laser Read more 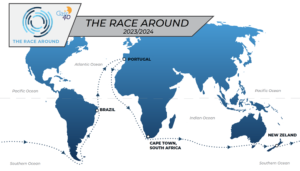 July 10, 2019       Another Around the World – The Race Around!       More round the world races good and different! – this seems to be the motto of this summer. Month does not pass that it was not announced about carrying out the next Around the World. And here's another one. This race is called, as you already know, The Race Around. It was decided to hold it by two promotional companies – Manuka Sports Event Management and 5 Oceans Sports Read more