Today       Our two in the Golden Fleet       Today at the world championship in the class "Laser Standard", which takes place in Melbourne, qualification competitions ended. Two Russian yachtsmen, Maxim Nikolaev and Sergey Komissarov, got into the Golden Fleet. Daniil Krutskikh will continue the struggle in the Silver Fleet. According to the results of qualification Nikolaev takes 17th place. After 6 races (with one throw) he has 33 points, arrivals (21) – 6 – 4 – 8 – 11 – 4. Read more 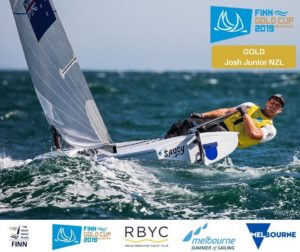 December 21, 2019       Golden Cup Goes to New Zealand       In Melbourne today ended the drawing of the Finn Gold Cup – the "Golden Cup" in the "Finn". So in this class of yachts is called the world championship.

In Melbourne ended today with the draw Finn Gold Cup – the “Golden Cup” in “Finn”. So in this class of yacht is called the world Cup. The conditions under which hosted the regatta, was, shall we say, specific. Here is just one example: on Friday in Melbourne recorded the highest air temperature in 143 years of observations is 44 degrees Celsius! On the water, of course, was cooler, but not by much. Thanks to the organizers, to make life Read more

In Melbourne there were two of the first race of Finn Gold Cup – the “Golden Cup” in “Finn”. Leadership was captured by two kiwi – Andy Moloney and Josh Junior: both have 6 points. Finn Gold Cup – the biggest regatta of the class, during which is played the title of world champion. To participate in the current “Golden Cup” arrived 60 riders from more than twenty countries. But the Russians at this time there. Apparently, the leaders of Read more 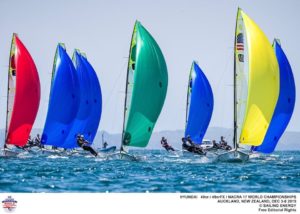 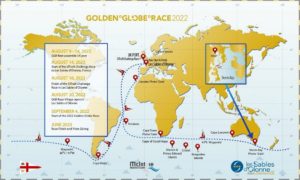 Yesterday       Mecca sails vote for Golden Globe Race       The authorities of Mecca of the French sail, Le Sables d’Olon, in the department of Vendée, unanimously voted for the round-the-world Golden Globe Race to return to their city in 2022, as in 2018. By the decision of the City Council of Les Sables d’Olon, the project’s financing in 2022 will be significantly expanded. Moreover, the council supported GGR races also in 2026 and 2030. As the head of the Golden Globe Read more

The authorities of Mecca of French sail – Les-Sables-d’olonne in the vendée – has unanimously voted to 2022 Golden Globe Race round the world again, as in 2018, took the start in their city. The decision of the city Council Les-Sables-d’olonne financing of the project in 2022 will be greatly expanded. Moreover, the Council has supported the racing GGR also in 2026 and 2030. As the head of the organizing Committee of the Golden Globe Race-don McIntyre, it can not Read more