At the Sailing center team USA in Miami completed the second stage of the world Cup 2020 in the Olympic disciplines. Moreover, not in all the competitions were held in seven of the ten disciplines. In the regatta was attended by 182 yachtsman from 45 countries. Most of them represented the States of North America: for them, this Cup was the last opportunity to qualify for the Olympics and race Games 2020 in Tokyo. In the end, three licenses went Read more 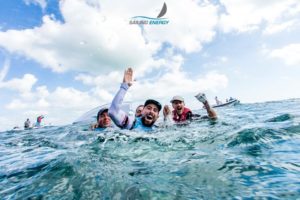 Today       “This regatta was very productive.”       The second stage of the 2020 World Cup in Olympic disciplines has ended at the Sailing Center of the US team in Miami. Moreover, not in all: competitions were held in seven out of ten disciplines. The regatta was attended by 182 yachtsmen from 45 countries. Most of them represented the states of North America: for them, this stage of the Cup was the last opportunity to win Olympic tickets to the Tokyo 2020 Read more 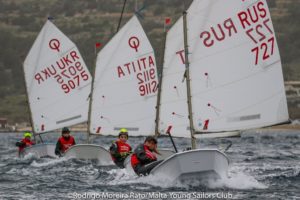 December 24, 2019       Euromed regatta ends in Malta       Successful for young Russian athletes in the Optimist class was the jubilee, 20th season of the international Euromed regatta in Malta. In the main fleet, where trained Optimist class athletes performed, Kirill Shunenkov entered the top ten overall standings. Participation in the Maltese regatta Euromed is a traditional number of the off-season training program for Russian athletes. This year, with the support of the Optimist class Association, the Russian team has been Read more

Successful for the young Russian athletes in the class “Optimist” was jubilee, the 20th season of the international Euromed regatta in Malta. In the main fleet, which were prepared by the athletes of the “Optimist” class, Kirill Shanenkov entered the top ten of the overall standings. Participation in the Malta regatta Euromed – traditional program number pre-season training for Russian athletes. This year, with the support of the Association “Optimist” class, the Russian team has been greatly expanded. The team Read more 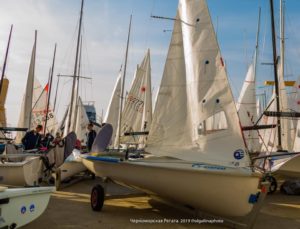 November 29, 2019       The Black Sea regatta is over       The last day of the anniversary Black Sea regatta (the regatta has been held since 1949!) Gave the athletes excellent racing conditions, wind from 6 to 14 knots and three final races in each class. The struggle in the leading groups was very tight and lasted until the last race, according to the PR-director of the Yacht Club of St. Petersburg Alexei Zhirov. According to the results of the regatta, the Read more

The last day of the anniversary of the black sea regatta (the regatta is as much as in 1949!) gave athletes a great racing conditions, wind from 6 to 14 knots and three of the final race in each class. The fight in the leading group was very tight and went to the last race, сообщаетPR-Director of the Yacht club of Saint-Petersburg Alexey Fats. According to the results of the regatta determined the national Champions in the Junior classes, “Laser-radial” Read more 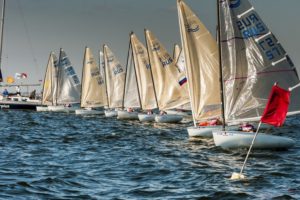 September 14, 2019       The most important regatta       According to the VFPS press service, on Saturday in Tolyatti on the basis of the Druzhba yacht club, the first races of the Russian championship in Olympic classes took place. Four races took place in the classes of the 49th and 49th FX, in the classes “Finn”, “Laser-standard”, “Laser-radial” and 470 – three. By the start of the launch, the wind in the Kuibyshev reservoir was weak, no more than 6 knots. But Read more

As the press service of the WFTU, on Saturday in Tolyatti on the basis of the Yacht club “Druzhba” took place the first race of the championship of Russia in the Olympic classes. In classes 49-th and 49-th FX held four races, classes “Finn”, “Laser standard, Laser radial” and 470 – three. To start start in the water area of the Kuibyshev reservoir the wind was weak, no more than 6 knots. But soon he reached 15 knots, there was Read more 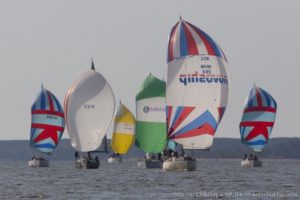 Yesterday       Regatta, which will be remembered for a long time       33 crews took part in one of the oldest regattas in Russia – St. Petersburg Sailing Week. The regatta originates in 1898, its length is more than 300 miles. In one week, the crews traveled along the route St. Petersburg – Kronstadt – Sosnovy Bor – about. Gogland – Vyborg – Primorsk – St. Petersburg. Participants competed in several test groups: ORC, Taurus, Quarterton, L-6, Carter-30. The two largest groups Read more

In the yacht Harbor on the Japanese island of Enoshima where next year will take place sailing regatta of the Games in 2020, which will start pre-Olympic tournament, which will be attended by more than 360 sailors, including from Russia. The first race will take place on Saturday, August 17. Will end with a regatta on Thursday, August 22. About the level of the upcoming event, says such a fact: at the start there will be 30 winners and medalists Read more