Skip to content
Latest News:
Irina Gracheva: details of the first stage
The ryf Presidium approved the time, place and date of meeting and agenda election conference.
This fall, the Nord Stream Race will not take place The owner of this yacht believes that design requires functionality and practicality must be accompanied by a distinct aesthetic. Benetti recently built the 11.11 motor superyacht with striking design features. Curiously, just ten months before leaving the Italian shipyard, she changed hands and started a new life. Family paradise The owner of the yacht is a British businessman who has created outstanding projects in the field of innovative design. He was energetically involved in the process and, together with his Read more Why Oceanco Jubilee will forever remain in shipbuilding history? The Jubilee project will go down in history not only as the largest superyacht built in the Netherlands for 2017 and the largest ever exhibited at the Monaco Yacht Show. In schools of yachting design, its superstructure will serve as a textbook example of the so-called pancake design – parallel lines forming a stack of pancakes. In general, this technique has been widely used in the industry for a long time, Read more Let’s get acquainted with the features of the seaworthy expedition boats of the flagship line Weldcraft Cuddy King. The American company Weldcraft, founded in 1968 by the small shipbuilding enthusiast Norman Riddle, differs significantly from most manufacturers of aluminum boats, and this is manifested primarily in the complete openness regarding the design and characteristics of boats.More than once I happened to be in a situation when shipyards were forbidden to take pictures of their boats, fearing that competitors would immediately Read more How does the buoyancy support system work? When we built and tested the single-seat prototype, we immediately realized that there was still a lot of work to be done on its design. It is vital for divers to constantly control depth, time and body position in space, which is why we have created a closed loop automatic neutral buoyancy system. The pilot sets the required depth, and the boat maintains it on its own. We are now receiving a patent Read more It cannot be said about the 320 that it is exceptionally light with its 6 tons, although the speed is to a very large extent determined by the displacement. After all, this is a real cruiser with all the accompanying amenities and equipment. What gives it a sporty driving performance is the hull contours thought out for certain sea conditions. While these contours can be attributed to the classic “deep V”, there are significant modifications that are patented as the Read more On May 16, over 100,000 fans celebrated the successes of the Ajax football team in Amsterdam’s Museum Square. But this was not the only event that was celebrated that evening in the capital of the Netherlands. Simultaneously with the celebration of Ajax, a large-scale celebration of the 170th anniversary of the Royal Van Lent shipyard, which is part of Feadship, took place, to which the official opening of its new dry dock was timed. The day before, it was possible Read more The market for individual craft is one of the most interesting. Here you can find the most incredible ideas for every taste, wallet and water area. Everything I did in my life was in one way or another connected with the sea and shipbuilding, including the activity on the creation of new devices and apparatus for working in water. Yachting exhibitions provided an opportunity to get acquainted with different shipyards, their products, as well as production processes. But the thought Read more Folgore translates as “lightning”. Riva, the oldest yacht shipyard in Italy, always chooses the names of its boats for a long time and carefully, and here the hit was right on the spot: the sporty Folgore really looks dazzlingly bright. This 88-foot (26 m) model was only announced by Riva in January, preferring to develop it in secret. On May 25, 2020, strictly on schedule, the yacht went sailing in La Spezia, where the shipyard’s production facility is located to Read more 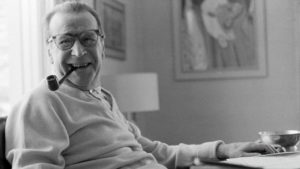 Did you know that Commissioner Maigret was invented on Board the yacht? It was called “Ostgut”. Today we talk about Hobbies sailing by the famous French writer. Read https://www.yachtrussia.com/articles/2015/01/03/articles_102.html