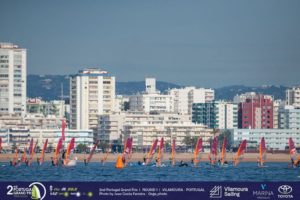 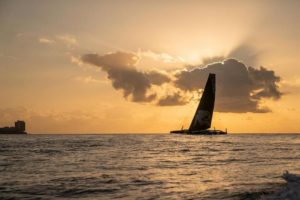 November 14, 2019       Who was the third – now the first       Everything mixed up in the Brest Atlantiques marathon — a length of 14,000 nautical miles — in which four Ultim class maxi trimarans take part. Now there is Sodebo Ultim 3 ahead (skippers of Tom Coville / Jean-Luc Nelia), although until recently this trimaran was only the third! And all due to the fact that the leader – the Maxi Edmond de Rothschild team (Frank Camma / Charles Codrelier) Read more 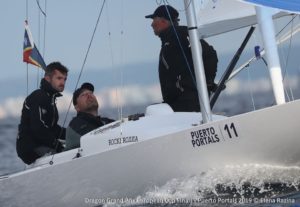 Today       Samokhin – the third       In Puerto Portals (Mallorca) ended the European Grand Prix Final in the Dragon class. Team RUS76 Rocknrolla Dmitry Samokhin in the decisive race finished third. © Elena Razina On the final day of the regatta, three races were held – quarter-finals, semi-finals and finals. Such competition regulations for the Dragon class are unusual, but, in the general opinion, it turned out interesting, and the struggle was exciting. Recall that on Friday out of 20 participants Read more

In Puerto portals (Majorca) completed the Final of the European “Grand Prix” in the Dragon class. Team Rocknrolla RUS76 Dmitriy Samokhin in the decisive race finished third. © Elena Razina On the final day of the regatta there were three races – the quarterfinals, semifinals and finals. Similar regulations for the “Dragon” class unusual, but the General view was interesting, and the struggle was exciting. Recall that on Friday of the 20 finalists of the “Grand Prix” at the end Read more

All mixed up in the marathon – length of 14 000 nautical miles race Brest Atlantiques, which involved four Maxi-trimaran class Ultim. Now, ahead of Sodebo Ultim 3 (skippers Volume Covill /Jean-Luc Nelia), although more recently this trimaran was only the third! And all because of the fact that the leader of the team Maxi Edmond de Rothschild (Frank Kamma/ Charles Cedrela) and the second-ranked Macif (françois Gabaret /Gwenola the Gain) at the approach to the coast of Brazil needed Read more 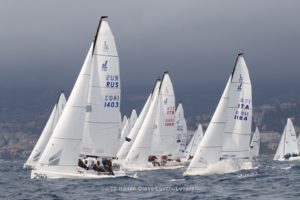 October 20, 2019       Fifth. And at the same time – the third!       The Russian yacht Arttube RUS 1, which was the second after two competitive days and six races of the Italian championship in the J70 class in San Remo, unfortunately, could not stay in the top three. According to the results of races on Saturday, the third day of the championship, Arttube (Valeria Kovalenko, Denis Rozhkov, Fabio Gridelli, Igor Lisovenko, Sergey Avdonin) retreated to 5th place – 65 points, Read more

The Russian boat RUS 1 Arttube, which was the second after two days and six races of the Italian championship in class J70 in San Remo, unfortunately, failed to remain in the top three. According to the results of racing Saturday, the third day of the championship, Arttube (Valeria Kovalenko, Denis Rozhkov, Fabio Gridelli, Igor Lisovenko, Sergei Avdonin) dropped to 5th place – 65 points, parishes (29)- 1 – 17 – 1 – 3 – 14 – 6 – 15 Read more 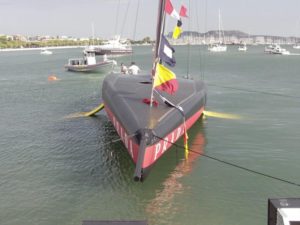 October 3, 2019       Italians became the third       Yesterday, in Cagliari in Sardinia, at the headquarters of the Italian team Luna Rossa, which, recall, is the “written challenger” of the 36th America's Cup, the AC75 was launched. The boat is built at the shipyard Persico Marine. As emphasized in the press release, more than 90 people worked on the design and creation of the vessel, which eventually spent 78 thousand man-hours on the work. Patricio Bertelli, President of the Luna Rossa Read more

Yesterday in Cagliari in Sardinia, in the headquarters of the Italian team Luna Rossa, which, recall, is the “address candidate” 36th America’s Cup, was launched on the yacht АС75. Boat built at the shipyard Persico Marine. As highlighted in a press release on the development and creation of the vessel employed more than 90 people who in the end spent at work 78 thousand man-hours. The President of the syndicate Luna Rossa Prada Pirelli Patrizio Bertelli said at the ceremony: Read more