Skip to content
Latest News:
Leaders – leapfrog
Ahead – Jeremy Beiu
Across the Atlantic – with one hand!

The President of the World Sailing Kim Andersen said of his decision to run for a second term. The other day Kim Andersen gave an interview to the online edition insidethegames, which talked about all the problems faced during your tenure as President of the World Sailing. In particular, on the eve of elections in 2016 had been concealed from him information about the disastrous financial situation of the Federation, particularly the fact that the period to rent office space Read more Today       I will be elected for a second term! World Sailing President Kim Andersen announced his decision to run for a second term. The other day, Kim Andersen gave an interview to the online publication insidethegames, in which he spoke about all the problems that he encountered during his tenure as president of World Sailing. In particular, on the eve of the 2016 elections, he was concealed from him about the poor financial situation of the federation, especially the fact Read more

At the Yacht club de Monaco ended the third stage of the Monaco Sportboat Winter Series 2019-2020 in the yacht class J70. In the regatta was attended by 44 teams. The organizers managed to conduct 5 races. According to their results (with one outlier) team ARTTUBE RUS 1 Valeria Kovalenko took the second place – 12 points, parishes 8 – 1 – 1 – (9) – 2. The Russian crew of one point lost the British BRUTUS Charles Thompson. Thanking Read more 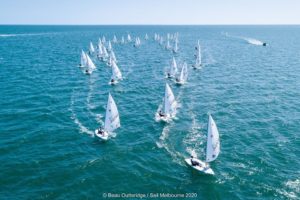 Today       Second in the Silver Fleet       In Melbourne, the Oceania championship in the Laser Standard and Laser Radial classes ended – a kind of “warm-up” tournament before the World Championships in the same classes, which will be held in Melbourne in a month. There, in the framework of the Sail Australia Sailing Festival, regattas took place in other classes. The winner in the “Laser Standard” was the famous French racer Jean-Baptist Bern – 46 points in 7 races (with one Read more

At the Sailing center team USA in Miami held the first races of the second round of the world Cup 2020 in the Olympic disciplines. However, as we mentioned, not all: the competition is held in seven subjects out of ten. Participants in the end acatalasemia less than originally announced by the organizers in Miami are 182 yachtsman from 45 countries. Most of them represent States of North America, for whom this Cup is the last opportunity to win Olympic Read more

In Melbourne, the championship of Oceania in the classes of “Laser-standard” and “Laser-radial” – a kind of “warm up” tournament before the world Championships in these classes, which will be held in Melbourne next month. There’s also the part of the sailing festival Sail Australia held regattas in other classes. The winner of the “Laser-standard” was a famous French racer Jean-Baptiste Berne, and 46 points in 7 races (with one outlier). But the place of the Russians: 23. Maxim Nikolaev Read more

Today, at the Sailing center team USA in Miami will host the opening ceremony of the second phase of the world Cup in 2020. The regatta will take part 205 sailors from 50 countries. The first race tomorrow. The world Cup will be held in Miami for the 13th time, but this year his program is incomplete: the competition will be held only in seven Olympic disciplines out of ten . It’s 470 (men and women), “Finn”, “Laser-standard” and “Laser-radial” Read more 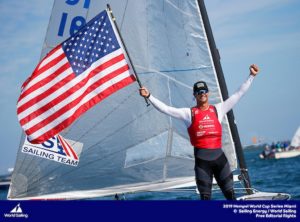 Today       The second stage of the World Cup starts       Today at the Sailing Center of the US team in Miami will be the opening ceremony of the second stage of the World Cup 2020. 205 yachtsmen from 50 countries will take part in the regatta. The first race is tomorrow. The World Cup stage will be held in Miami for the 13th time, but this year the program is incomplete: competitions will be held in only seven out of ten Read more 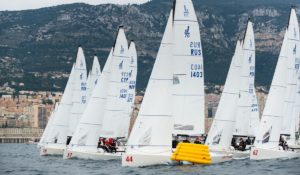 Today       ARTTUBE – the second in Monaco The third stage of the Monaco Sportboat Winter Series 2019-2020 in the J70 class of yachts has ended at the Monaco Yacht Club. 44 teams took part in the regatta. The organizers managed to spend 5 races. According to their results (with one surge), the team of ARTTUBE RUS 1 Valeria Kovalenko took second place – 12 points, arrivals 8 – 1 – 1 – (9) – 2. The Russian crew lost one Read more

In Melbourne ended today with the Australian open in class “Laser standard, Laser radial and Laser 4.7”. Sensations has not occurred: the winners of the regatta were those who were leading the last couple of days. In “Laser-standard” title for Australia-the 2020 went to the host of the competition – silver prize-winner of the last two world Championships, the Australian Matt Wiro (28 points after 11 races in two volumes), which was ahead of nearest rival – the new Zealander Read more