Southern Federal sports training centre “South Sport”, the object of which is the sailing Centre, one of the major centers of the national team on sailing in a major international competition, including the Olympic games. As stressed https://rusyf.ru, the center hosts year-round regattas, Championships and Cups of Russia, and sailors of the national team have the opportunity to conduct training activities is from October to may. It is the only Russian base of Federal significance for competitions and training camps Read more

For the victory in the Cup of Russia on Virtual Regatta “sails E-2020” struggling 326 racers. On Tuesday in the largest virtual regatta in the country held in new Zealand in the two test groups. On the Cup of Russia on Virtual Regatta over 300 drivers from 60 regions of Russia are divided into three age groups. On 21 April, the battle joined the guys in the categories to 14 and 18, and tomorrow, April 22, qualification will be held Read more Yesterday       Electronic Sails 2020: 6 Years Old, 68 Years Old!       326 racers are fighting for the victory in the Russian Cup in Virtual Regatta "Electronic Sails 2020". On Tuesday, at the largest virtual regatta in the country, qualification in two test groups was completed. In the Russian Virtual Regatta Cup, more than 300 riders from 60 regions of Russia are divided into three age groups. On April 21, guys in the categories under 14 and 18 years old entered the Read more

In late February we reported about the record of 81-year-old Australian bill Hatfield: he became the oldest yachtsman who committed a single non-stop round the world voyage under sail. However, officially such records are not recorded. But, it turns out, this achievement was not limited. Yesterday, the Council on world records of sailing ships (World Sailing Speed Record Council, WSSRC) has ratified a purely sporting achievement Hatfield: he toured around the world from East to West – against the prevailing Read more Today       Around the world – at 81 years old!       81-year-old Australian Bill Hatfield became the oldest yachtsman on a single and non-stop sailing trip around the world. 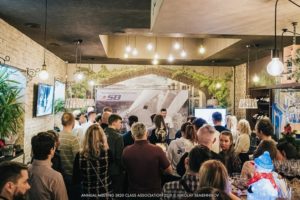 December 26, 2019       Two years were not in vain       In St. Petersburg, in a wonderful friendly atmosphere, the reporting and election meeting of the Russian SB20 Class Association was held. Not only Petersburgers came to the meeting, but also several crews from Moscow, which was especially nice. The ability to make such events more popular is an indicator of the crew’s interest and involvement in the life of the Association. And the ongoing work is not in vain. As part Read more

In Saint-Petersburg in a lovely friendly atmosphere held the report-election meeting of the Russian Association of class SB20. The meeting came not only Petersburgers, but also some crews from Moscow, which was especially nice. The ability to make such events more mass – an indicator of interest and involvement of the crew in the life of the Association. And the work was not in vain. In the framework of the meeting Ivan Gromov reported on the done work, success in Read more 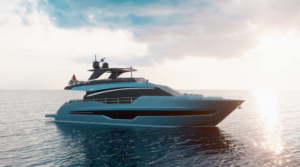 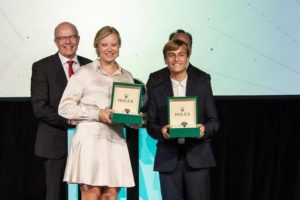