August 5 in the Park of the 300th anniversary of St. Petersburg took place the opening ceremony of the world Cup Windsurfing Championships and were training races. 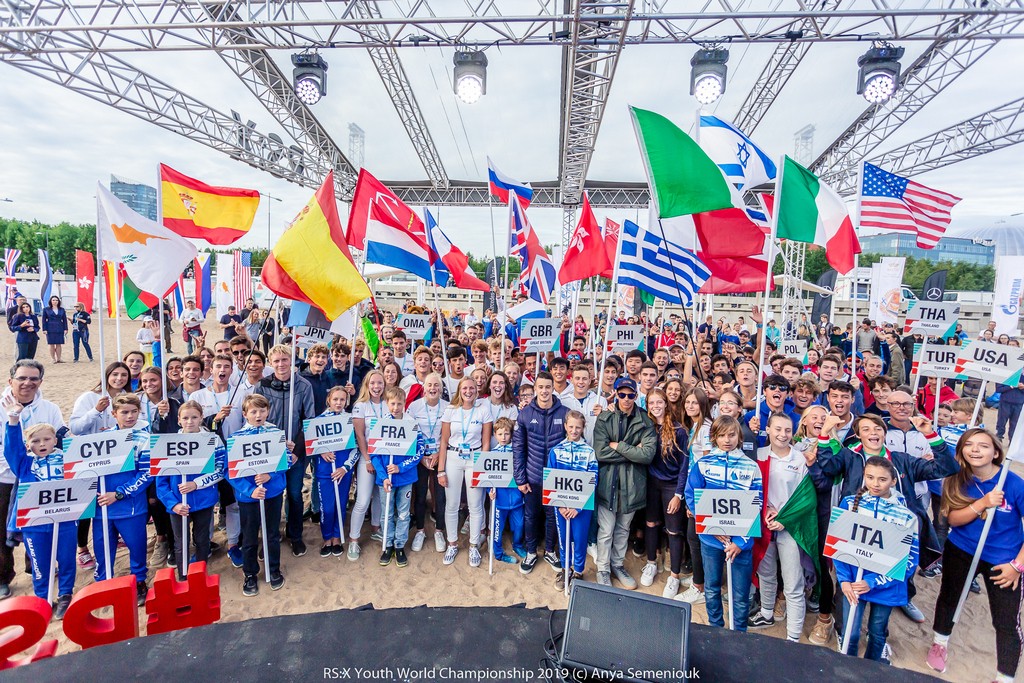 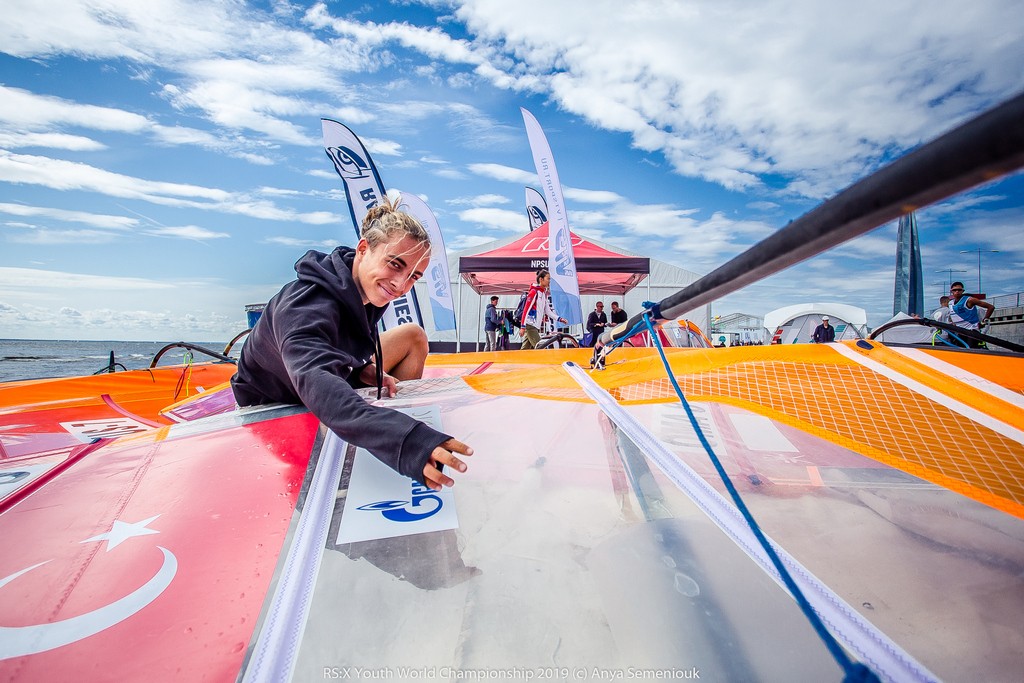 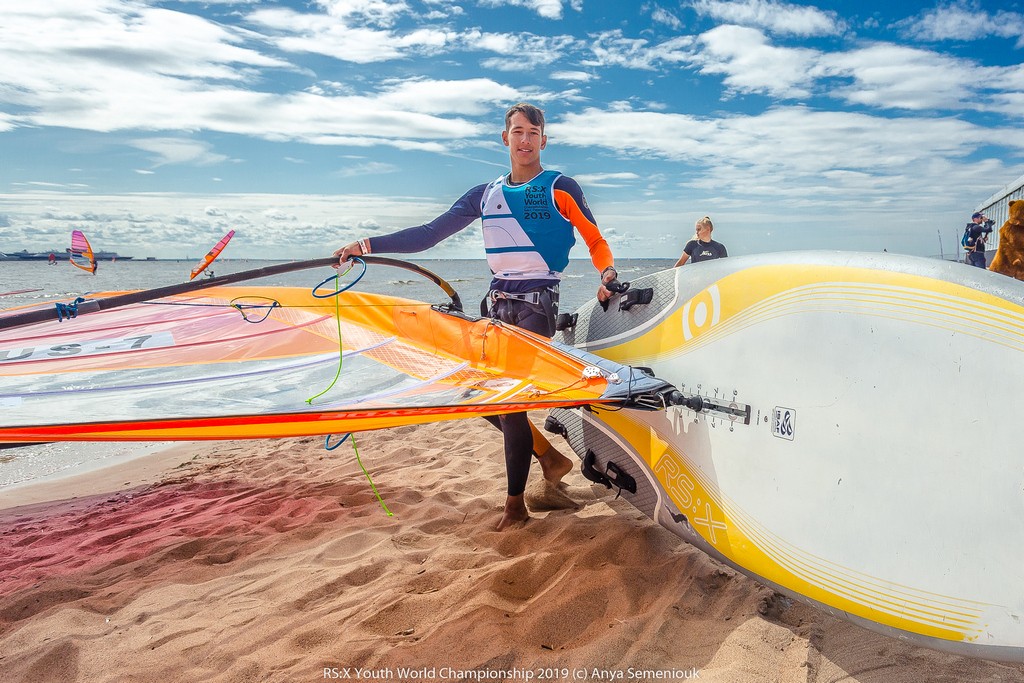 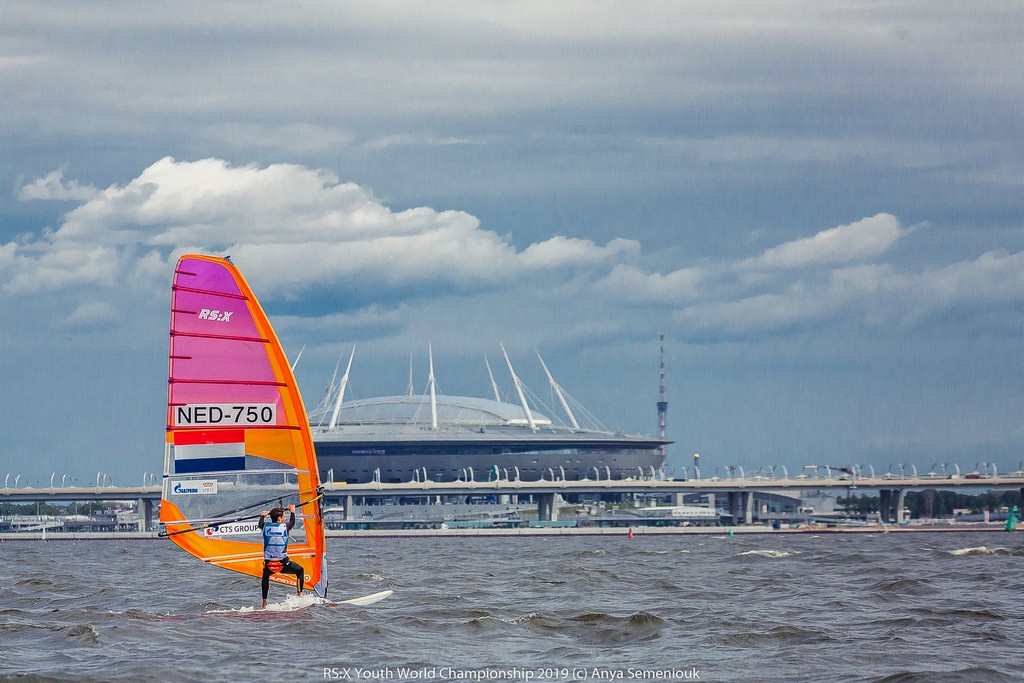 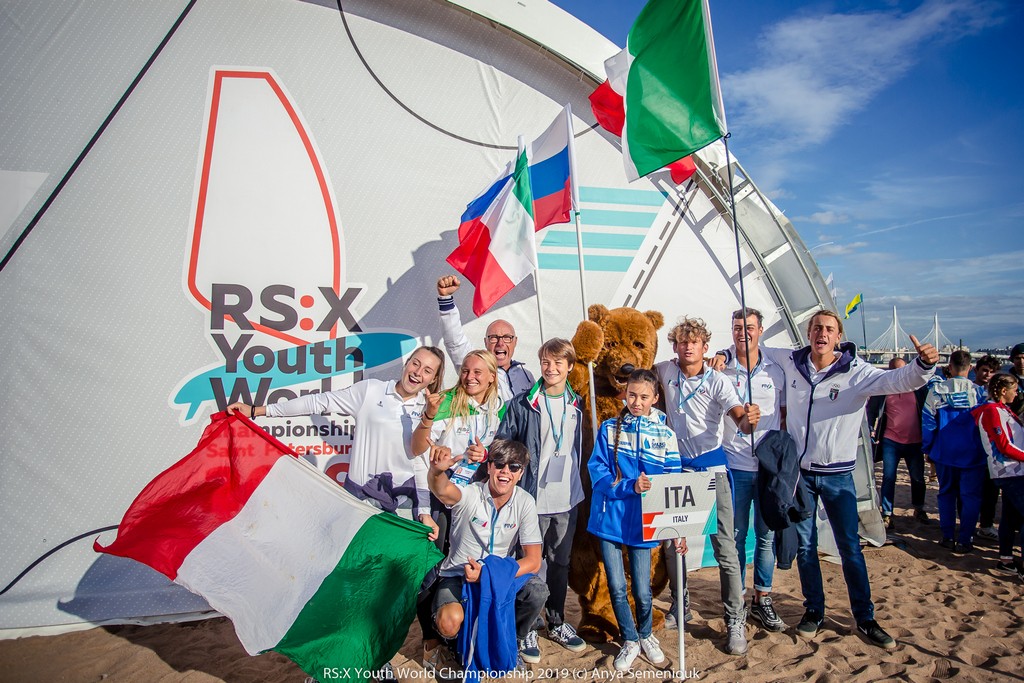 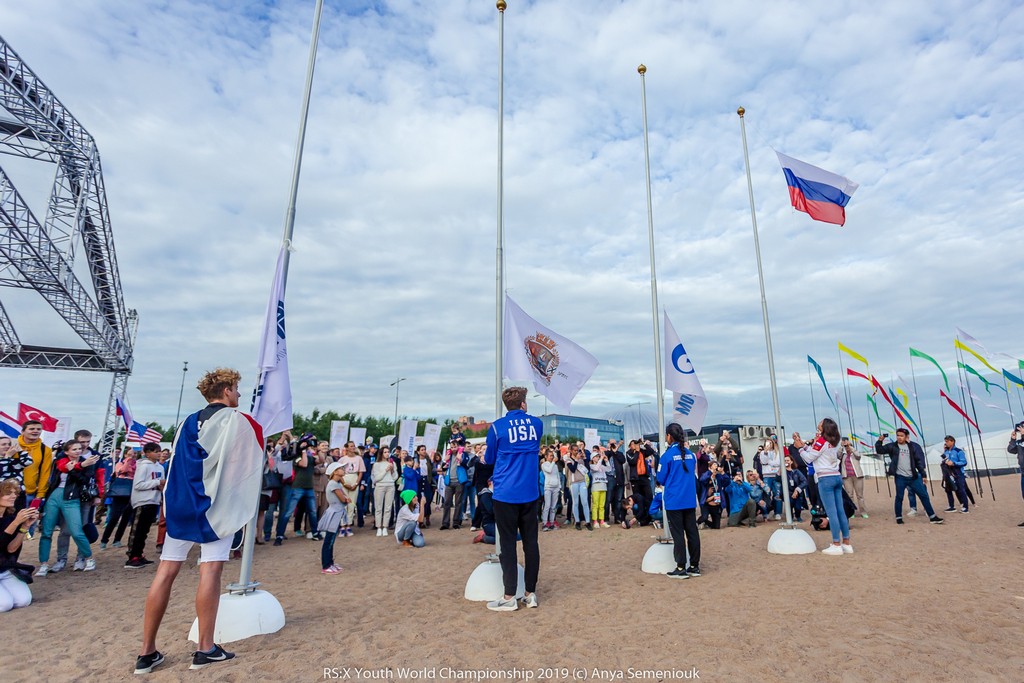 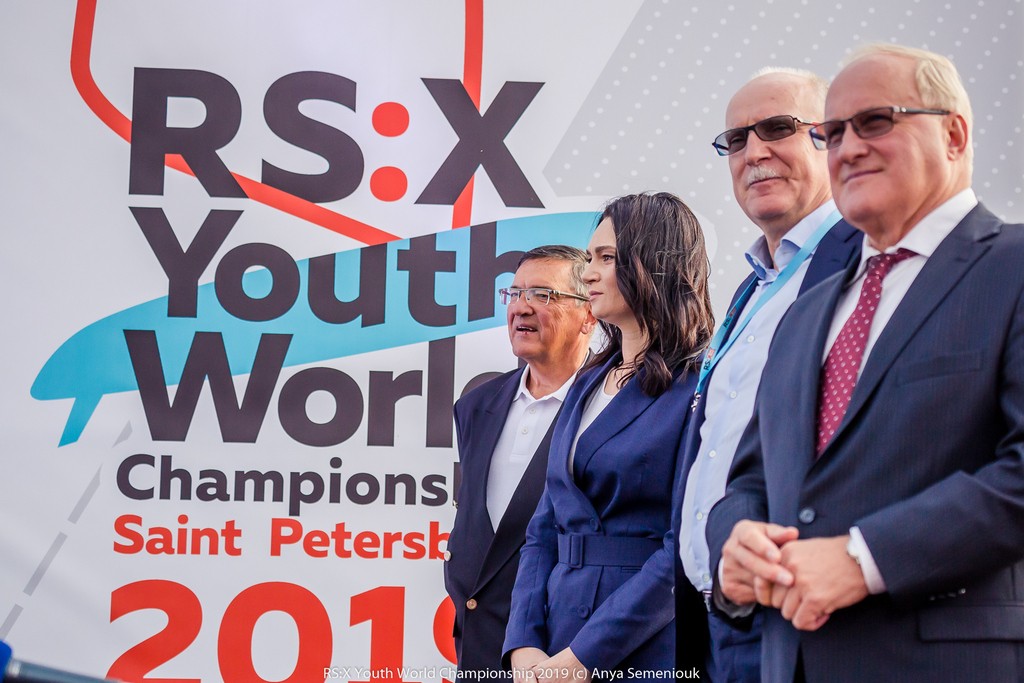 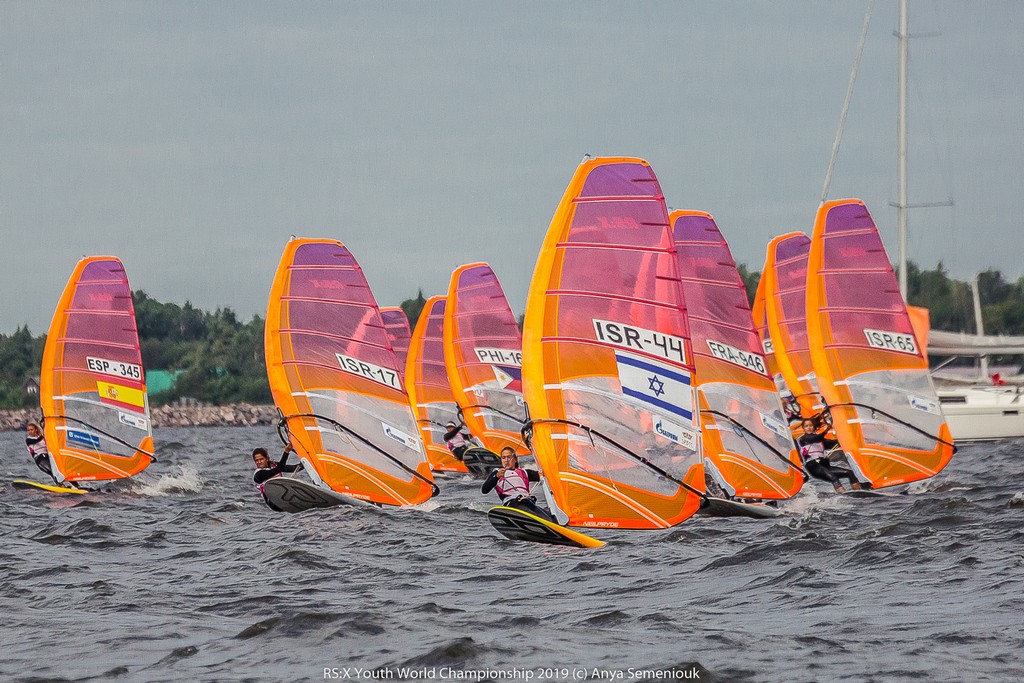 In the registration day, the participants of the world championship RS:X Junior learned what classical St. Petersburg summer. Strong wind (up to 20 knots in the gusts), low temperature (15 degrees) and cold water (18 degrees) – these are the three main satellite windsurfers on the training rounds.

And if visitors to the race village so the weather was great hardly, the athletes themselves glowed with happiness. In a rather extreme summer weather conditions, they enough was a good race, cheerfully glissirovat and checked the equipment before a race. After a few rides on the water guys came back a little tired, but happy.

Frenchman Fabien Planasa – the main favourite of the world championship in Windsurfing – shared his impressions of the training.

– The water is very cool, because the strong wind blows. However, there is no sense to draw conclusions on the training races. Tomorrow will be very different weather conditions. Fits me the waters and the weather, so everything is super – said Planasa, two-time world champion in Windsurfing Championships.

Some racers in the registration day took a different tactic and remained on the shore to save power before races.

– I didn’t go in the water because you don’t want to be tired before the competition – said the Polish Jan Goralski. – I need more time to prepare the equipment. On Tuesday everything should be perfect. I want to be entertained and morally to be adjusted on the first day of competition.

The organizers have prepared for athletes and guests of the Park of the 300th anniversary of St. Petersburg’s extensive coastal program. Participants met the mascot of the world Cup – the Brown bear. The organizing Committee of the regatta decided to follow tradition and have chosen as the mascot known worldwide as the symbol of our country, tested in a home Olympic games in 1980 and 2014. The students reacted to the appearance of the bear, hugged and took pictures with him.

The opening ceremony began with parade of participants, who together held under the national flags of their countries. In St. Petersburg arrived 104 windsurfer from 19 countries. Over the Park of the 300th anniversary of proudly flew the flags of Russia, Israel, Turkey, Hong Kong, Holland, Greece, Spain, USA, Italy, France, Thailand, Japan, UK, Poland, Philippines, Belarus, Cyprus, Estonia and Oman.

On stage, the best young windsurfers in the world, including silver medalist of the world championship Jan Reznikova and defending champion Fabien Planasa, raised the flags of the host country of the tournament – Russia, the General partner of a regatta – PJSC “Gazprom”, the organizer is the Yacht club of Saint-Petersburg and the Federation of class RS:X.

During the opening ceremony of the world championship RS:X from the stage to the athletes addressed the guests of honor.

On behalf of the acting Governor of St. Petersburg Alexander Beglov I am glad to welcome participants of the world championship in the North sea and the capital, – said the Vice-Governor of St. Petersburg Vladimir Kirillov. – It is no coincidence that the regatta is held in our city, most beautiful city in Europe. I would like to wish the participants good victories, good mood and, of course, to communicate the beauty of our beloved city. I wish you happiness, success and a fair wind!

– On behalf of the organizers, the Yacht club of Saint-Petersburg, I am pleased to welcome you here, – said the project Manager of the Yacht club of Saint-Petersburg Elena Solovieva. – Every year we organize a major international regatta. This year we organize the world championship in the Olympic class RS:X Championships. Rest assured that we will conduct these competitions as would be accepted in the Olympic games. In the coming years over the construction of our Yacht club. Then we will be very happy to host the largest international competitions and to see you in St. Petersburg in the future. For us it is not just a sport. All you imagine in Russia, your country. Hope you will see St. Petersburg and Russia as we see them and come home with the best impressions.

– We are very pleased that the international Association of class RS:X entrusted the conduct of the world championship of this beautiful city – said the President of the Russian yachting Federation Vladimir Silkin. Is the North and the sea capital of Russia and the first Yacht club, which appeared 301 a year ago. I believe that you will get unforgettable racing experience and beautiful city. I am sure that you will all leave here with a desire to return in the future.

– As you can see, Saint Petersburg is Sunny and windy city. I hope that this weather will continue for the duration of the world Cup, said the Secretary-General of the international class RS:X Andrews of poksi. – Special thanks to all the athletes who came to St. Petersburg. I also want to thank the volunteers, organizers, sponsors and all who supported the class RS:X. I Wish you great racing. But at the same time is a great time to enjoy the beautiful views of St. Petersburg.

– Welcome to the world championship RS:X Championships in St. Petersburg, said Stephanie. – We are honored to receive such important event in Russia. I wish all to show the best results and get a lot of positive emotions. Have a great week!

At the end of the ceremony the participants and guests performed cover band from Pskov Drum&Jazz, which played music in many different styles (from jazz to popular music) and helped the athletes to get into the right wave at races.