Yesterday       Women's Champions League races will be held in Cascais       The second in the history of the Women’s SAILING Champions League regatta will be held in Portugal from October 23 to 25, Clube Naval de Cascais will take part in the race, the website http://nationalsailingleague.com reports. The Sailing League movement is also gaining popularity among female crews.The first Women’s SAILING Champions League regatta took place in 2018 and laid the foundation for the development of the women's sailing movement in Read more

The second in the history of the regatta Women’s SAILING Champions League will take place from 23 to 25 October in Portugal, the race will take Clube Naval de Cascais, the website http://nationalsailingleague.com. The movement of the sailing League is gaining popularity and women’s crews.The first regatta Women’s SAILING Champions League took place in 2018, and laid the Foundation for the development of women’s sailing in the SCL format worldwide. In Denmark, in particular, launched a project called Women on Read more 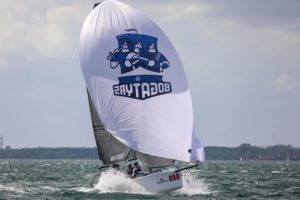 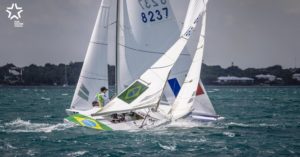 Yesterday       Star Sailors League finals kick off! Tonight in the Bahamas, the Nassau Yacht Club will launch the 7th Star Sailors League finals. In the regatta on boats of the Star class, 23 crews will perform. They have to determine the main stars of sailing this year (in any case, many people think so). At the start of SSL-2019, a whole constellation of the famous modern yachtsmen will really be released. They represent 20 countries, among which this time – Read more

Tonight in the Bahamas in the Yacht club of Nassau will be launched the 7th final of the Star Sailors League. Race class boat “Star” will be 23 crew. They have to identify the main stars of sailing this year (at least, so say many). At the start of the SSL-2019 does come out a whole constellation of famous yachtsmen of the present day. They represent 20 countries, including this time – in contrast to the two previous years, no Read more 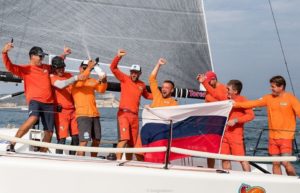 September 29, 2019       Tavatuy is the second in the World League!       The Russian Tavatuy team (skipper Pavel Kuznetsov, tactician Evgeny Neugodnikov, Alexander Patrushev, Anton Sergeev, Yegor Konyukhovsky, Konstantin Besputin, Oleg Krivov and Valery Zatsarinsky) took second place in the 2019 Melges 32 World Legue. Congratulations from Yacht Russia! The final, fourth stage of the 2019 Melges 32 World Legue was held in Barcelona. “Tavatuy” took fourth place in this regatta, and turned out to be second in the sum of Read more 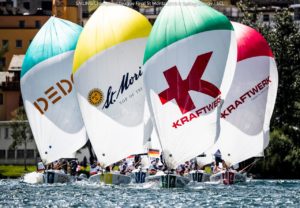