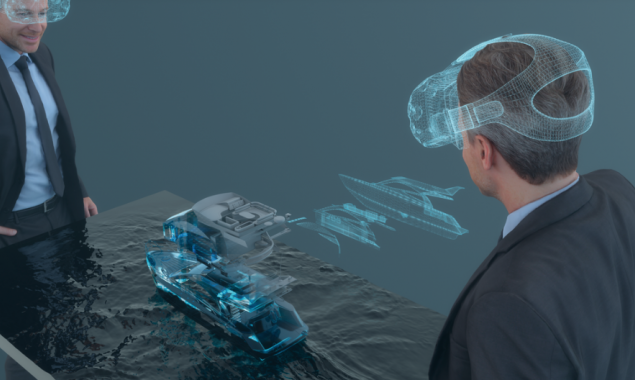 Augmented, virtual and mixed realities have been out of the category of demonstration of techniques to create wow-effect and in many industries have become part of the pilot and business processes. Their main advantage lies in the fact that in a relatively short period of time they help to increase productivity, improve the quality of the final product and to accelerate its market and expand the potential use as well as facilitate transmission of information to the client.

From the point of view of terminology the difference between augmented, virtual and mixed realities rather vague, so a more accurate description, it is customary to use realnosti-virtual continuum Paul Milgram, who first proposed the simple and obvious way of distinguishing between these technologies (see illustration). 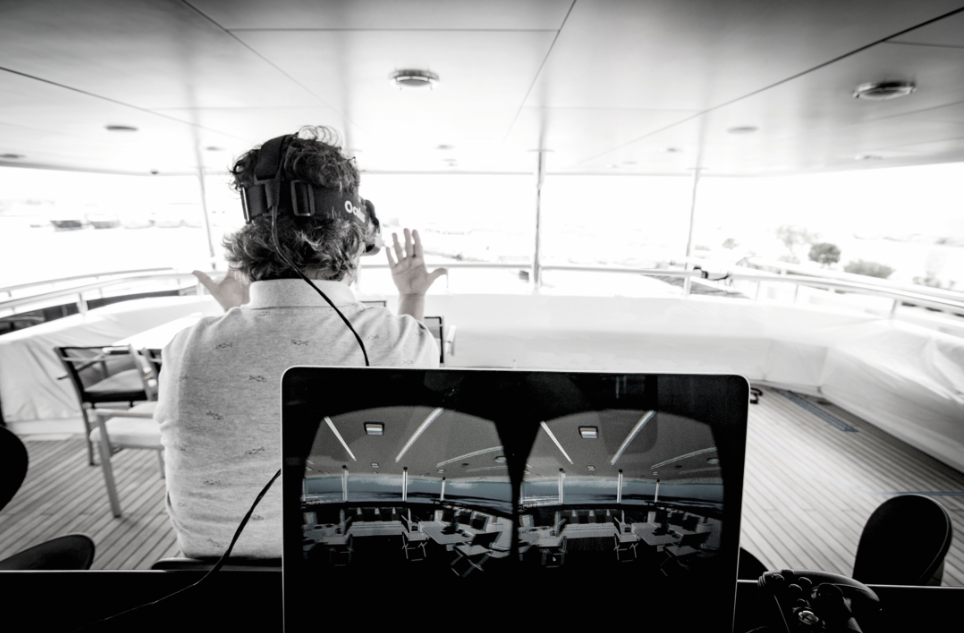 Thus, all of these “alternative” reality essentially new and different from the traditional way of presenting information. Smart glasses, helmets, smartphones and specialized expensive devices allow you the right moment to put the right data in front of the eyes of the user in an optimal way according to the chosen scenario. It is not surprising that the yachting industry is also beginning to take these convenient tools on Board. The volume of monthly processed data on large vessels today reaches tens of terabytes and comfort for interacting with the human need for new effective interface.

In this material we tried to make the picture of the modern approach to augmented and virtual realities in the yachting industry and showcase their potential.

Augmented and virtual realities can be an important tool in the design process and design of yachts. They allow you to organize a platform that enables engineers, designers and customers to develop and analyze projects in a virtual physically correct environment high realism of being in different parts of the world. Visualization provides a convenient design and phased approval product that increases precision and reduces the time by speeding up decision-making.

For example, the development of Arvizio allows multiple users with mixed reality glasses Microsoft Hololens at the same time to communicate interactively with the 3D model of the yacht and remotely to discuss the project (QR-1). It is important that such systems support integration with CAD programs, so any company who designs the ship in the package CAD may continue to use the same model (with conversion from the solid polygon) in other processes, such as harmonization of the exterior with the customer (QR-2). This increases the life cycle using 3D models, which is an important factor of return of investments in projects of this kind. Moreover, the technology of virtual and augmented realities can be used in conjunction with a CFD-simulation: it also broadens the scope of experience in the enterprise environment and improves its effectiveness (QR-3).

Dutch design Studio Vripack was one of the first to use the tools of virtual reality for yacht design. To do this, a special room was equipped with optical tracking, where you can move freely in a small area (QR-4). According to the leaders of Vripack, due to this they managed in the quarter to reduce the period of building a new yacht and a 75% decrease in the price of errors at the stage of design development.

One of the most important aspects of the operation of a vessel is its maintenance and repair. Once the boat left the Wharf, to assess its technical condition and need for ongoing or preventive repair at a distance becomes very difficult. Now, this use of multiple sensors for remote monitoring and so-called digital counterparts (digital twins). Digital DoppelgangeR, is aggregate information about the physical object includes a model of internal processes, technical characteristics and its behavior under the impact of the environment. In fact, the digital double is a virtual copy of a real object, which behaves the same as he is. To simulate external influences on the ship digital double uses information from the sensors and compares it with data from virtual sensors, identifying anomalies and establishing their causes. The model of the digital double is built and padded at all stages of the product lifecycle, and the most convenient interface for working with it is the augmented reality. 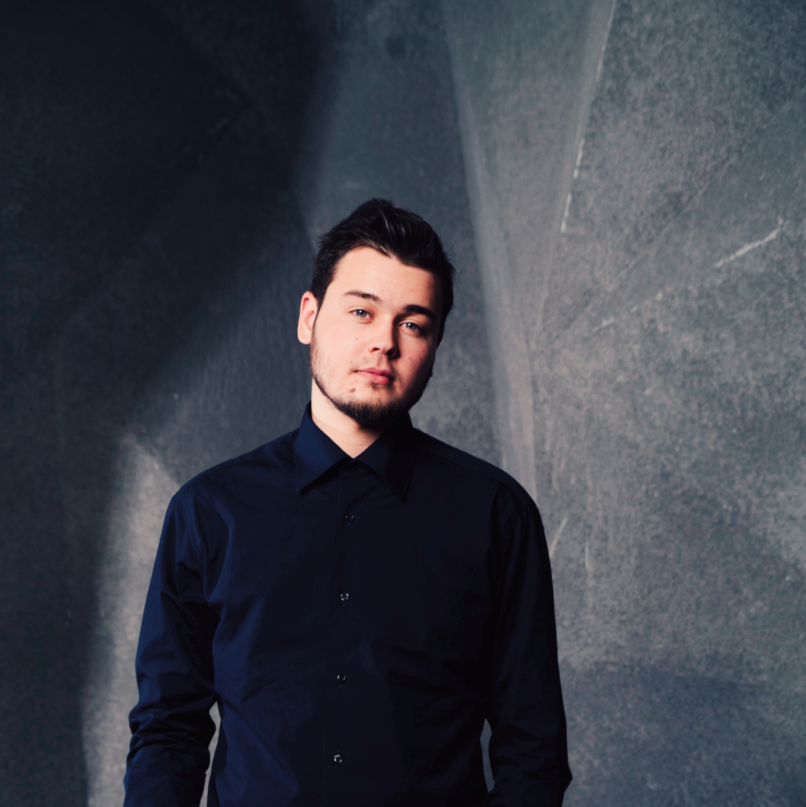 For example, work marine engineers and mechanics can ease the glasses with a 3D sensor that real-time reads of the surrounding surface and masks the detected surface of the content necessary for carrying out those or other works (QR-5). In addition, this information can be supplemented with current readings of the sensors (oil temperature and coolant, the rotational speed of the crankshaft, battery voltage, etc.) that allows you to perform work faster, safer and with fewer errors.

These tools help to solve a range of problems, including control equipment for compliance with specified requirements, inspection of its condition and the development of a knowledge base (QR-6). According to Forrester Research Inc., costs of major U.S. companies for the purchase of smart glasses in 2016 amounted to $ 6 million, while the forecasts for 2025, this amount will increase to $ 3.6 billion, and using them will be 14.4 million workers. And while the main factors limiting large-scale implementation of the augmented reality industry are low power devices and optimization of applications to maximize the precision of the models.

Separately it is necessary to mention the possibility of using augmented reality to provide remote assistance. This allows you to use the knowledge and experience of experts to more quickly solve the problem, for example, when the ship is at sea and the arrival of the technician cannot (QR-7).

In this case, augmented reality provides support in the progress of bilateral exchange of information between participants, remote results rights and powers for access to devices and spaces, and getting new jobs. In the experiment, the Russian company Phygitalism implemented a similar solution for small business: it gives the possibility of working in the smart glasses to see current jobs and, when necessary, to get the deleted hints (QR-8).

Another promising application of augmented reality is to use human-machine interface for navigation and precise maneuvering. In fact, this technology allows the captain and the helmsman “see” the objects of the world regardless of real world conditions, whether snow, rain or fog. Thanks to the information obtained from the sensors, geographic information systems and radars, the crew on the bridge offers visual data about the environment at night and in zero visibility. Mainly this reduces the operating load on the steering and reduces the likelihood of errors while making critical decisions. In addition, navigation in augmented reality mode helps to steer the boat people with less knowledge and experience than professional skippers, so it important for owners of small boats (QR-9). Another plus — the maximum optimization of the route and, consequently, fuel economy. One of the simplest and most affordable device of this kind is a wearable display Nautix from Garmin, which is mounted on ordinary sunglasses.

He promptly informs the user about the key parameters: engine speed, course, depth, strength and wind direction — and warns of climate change. 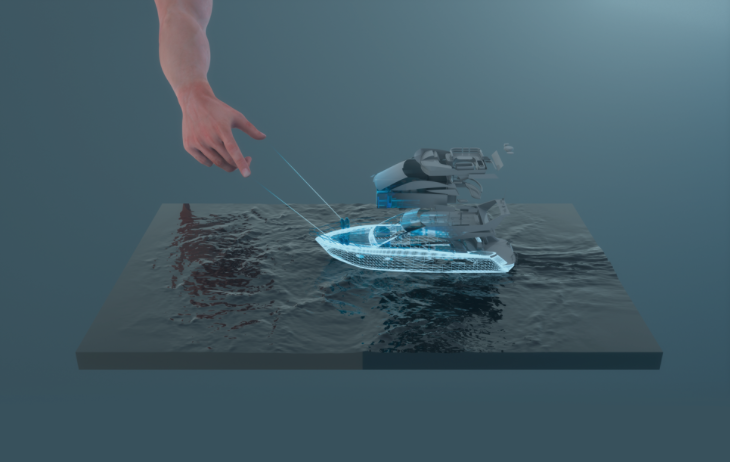 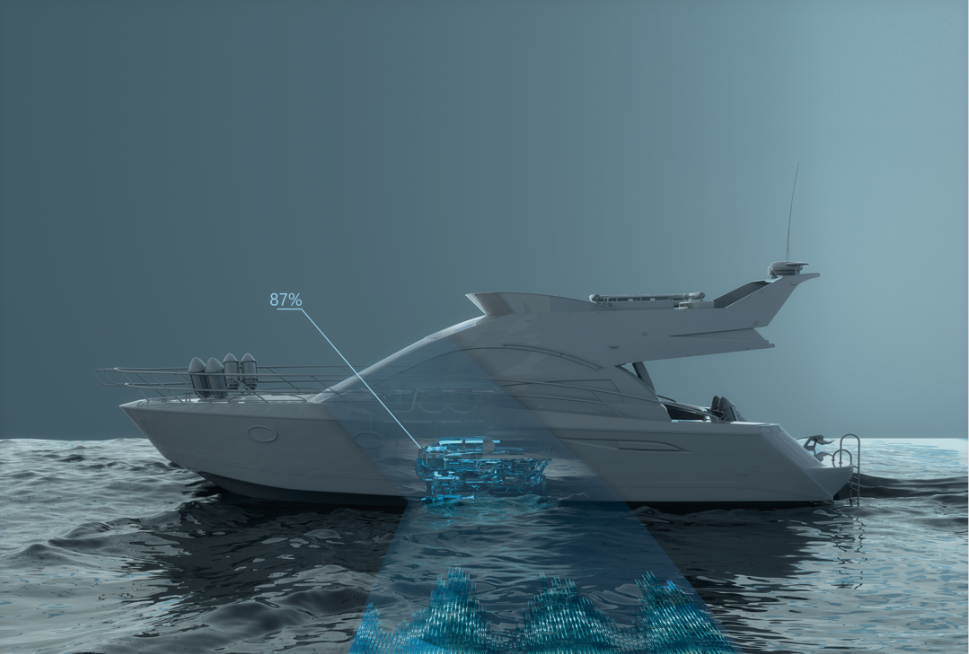 Augmented reality allows you to combine learning with application of skills, while virtual reality provides the opportunity to create a “parallel” world in which people can work in a familiar environment and get the necessary skills. Apart from the fact that Association of virtual and augmented realities into a single educational process is not inferior in effectiveness to traditional methods, this tool increases the speed of learning and can extend the life cycle of digital content.

Case in point — the result of cooperation between the ITE and EON Reality, who co-created training course for operating offshore oil platforms (QR-10). Virtual reality is used here to increase the involvement of students and, as a consequence, facilitate the absorption of knowledge. The trainees not only become familiar with the topography of the platform and various equipment, and training to ensure security in scenarios that mimic real-world conditions. It is obvious that the cost of such training is significantly lower than in the case of the course on the actual platform.

Another example is the decision driRun — professional sailing simulator on a modern physics engine (the dynamic predictions of the velocity VPP), managing a high-precision CFD model (QR-11). As a UI driRun acts as a virtual reality helmet Oculus Rift. The simulator models the behavior of the vessel in accordance with a set of conditions with a frequency of several times per second in real-time prompts the user with the readings as on the real boat.

With the release of augmented and virtual reality on the mass market, companies have adopted a new and effective way of communicating information about their products to potential consumers. According to several studies, the use of this tool not only increases the interest of buyers to the product itself, but also changes their price expectations. Moreover, advertising with augmented reality people, on average, spend twice more time than conventional advertising, although the cost per contact is definitely higher.

For example, the decision of Immersive Virtual Reality developed by Neiko, actually brings the viewer on Board the yacht before one will be built (QR-12). The interactive tool allows people to examine the boat inside and outside, moving in the desired direction, and to analyze options for changing layouts, rigging and finish. Unlike virtual prototyping are used here inaccurate from an engineering point of view polygonal model with an emphasis on the visual component. By the way, this can be the basis for an interactive user guide of the yacht.

A number of European shipyards for several years uses virtual reality technology to create the effect of the physical presence on Board, not only in premises but also outside, on the open decks. Of greatest interest to cause spectacular presentation with the possibility of “rotating head” by 360°, which allow you to examine the boat and even take a virtual test drive. The next step is the presentation of information in the form of virtual games, which is widely used in marketing communications of the construction and automotive brands, and that means sooner or later, and in the yachting industry.

In fairness it should be noted that human-machine interfaces at their current stage of development impose a number of restrictions on the use of technologies of virtual and augmented realities. Bulky goggles and helmets with the animated display of images and the complexity of the interaction with the user may simply scare some people. This is especially true of the older generation who still make up the bulk of the buyers of yachts and often prefer to look through a traditional printed brochure or to view the video. However, if you leave outside of the marketing tools significantly improve the efficiency of production and facilitate the solution of many complex problems, so to rule them out. because of the imperfections and dikovinok not worth it.