Cancel again
It would seem that all the regattas of this season because of the coronavirus had to be canceled long ago. But the impressions are misleading. Canceled so far. 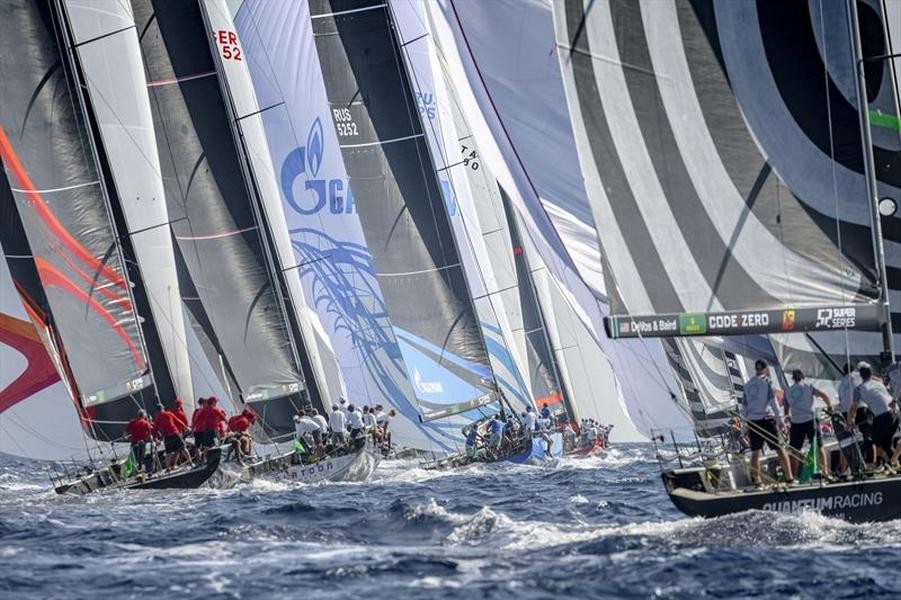 Let's start with the popular TP52 class. The fact is that last Tuesday the 52 Series Super Series boats finally arrived aboard the BBC Dolphin cargo ship from Cape Town to Valencia. But while Dolphin was heading towards Europe, two important decisions were made.

Firstly, the leadership of the series decided to cancel the 52 stage of the Super Series, which was to be held July 18 – 22 in Valencia. Secondly, the same leadership decided to hold the World Cup on September 15-19 in Puerto Portals in Mallorca (Spain).

I would like to believe that now the season calendar for TP52 has finally acquired a complete (albeit tragicomic) look. Although … Judge for yourself.

The Kinsale Yacht Club of the Irish city announced yesterday that it was forced to announce the cancellation of one of the most prestigious regattas in the Dragon class – 2020 Dragon Gold Cup, which was scheduled for September 5-11.

The reason, according to https://afloat.ie, is simple – the country's authorities do not yet guarantee that foreign participants and guests of the regatta will be able to come to Kinsale.

And finally, another cancellation. Here is what the press service of the VFPS reports:

– Due to the pandemic, COVID-19 World Sailing canceled the 2020 Offshore Racing World Championship, which was due to take place in October as part of the Rolex Middle Sea Race (Valletta, Malta).

Numerous problems and uncertain deadlines for quarantine removal caused by the COVID-19 pandemic forced to delay the production of L30 yachts, which were supposed to host the world champion, and violated the holding of qualification regattas by national federations, which were to identify participants from countries.

It was in the light of these circumstances that the World Sailing Board of Directors decided that it would be prudent and fair to cancel the holding of the first world championship in offshore racing. Mixed teams from 20 countries from all continents were ready to take part in the regatta.

Thus, the first world championship in offshore racing will be held in 2021.

Note that the Royal Yacht Club of Malta continues to prepare for the traditional Rolex Middle Sea Race, closely monitors developments with COVID-19, consults and takes into account the recommendations of the World Health Organization and the Government of Malta.

World Sailing and the Royal Malta Yacht Club are already discussing the holding of the 2021 Offshore Race World Championships as part of the Rolex Middle Sea Race-2021.

Two Russians in the top ten