In Petrozavodsk, Republic of Karelia, passed the main competition of the country on winter Windsurfing and Snowkiting, the website of the WFTU. 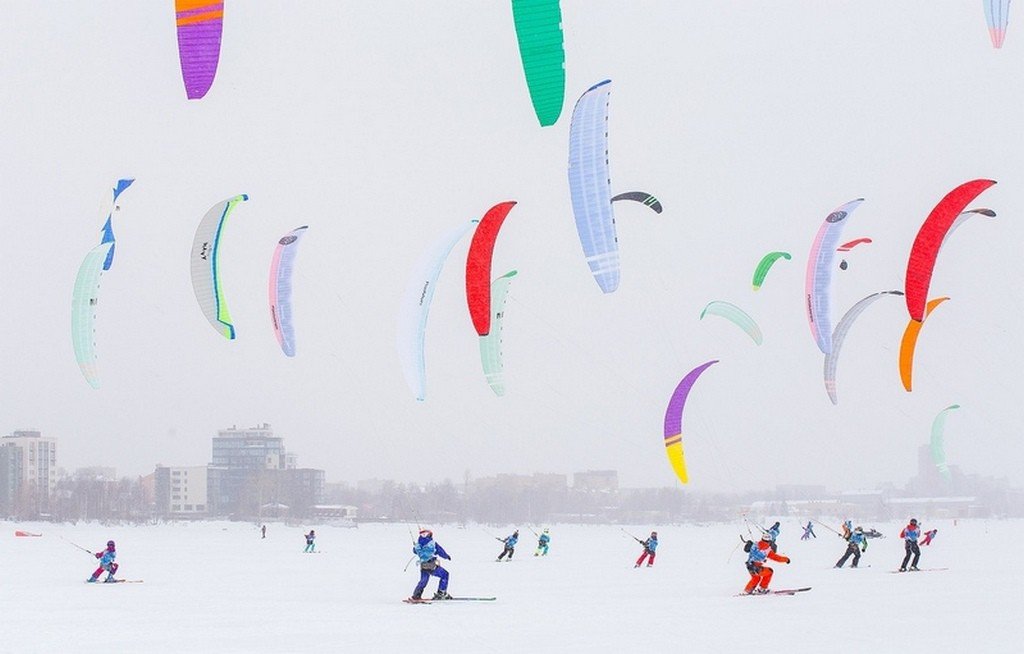 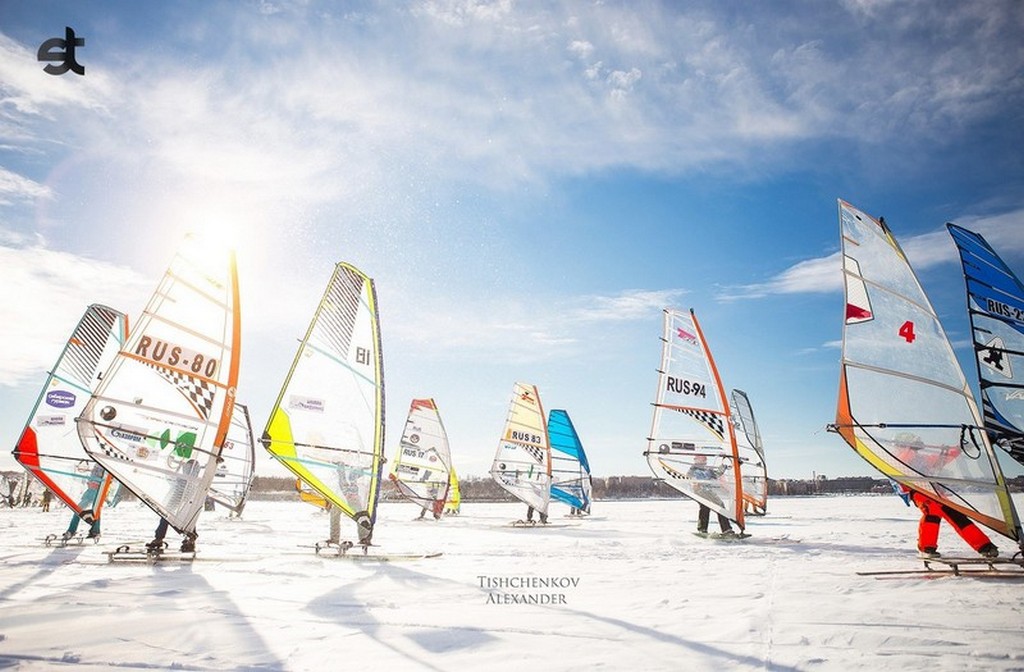 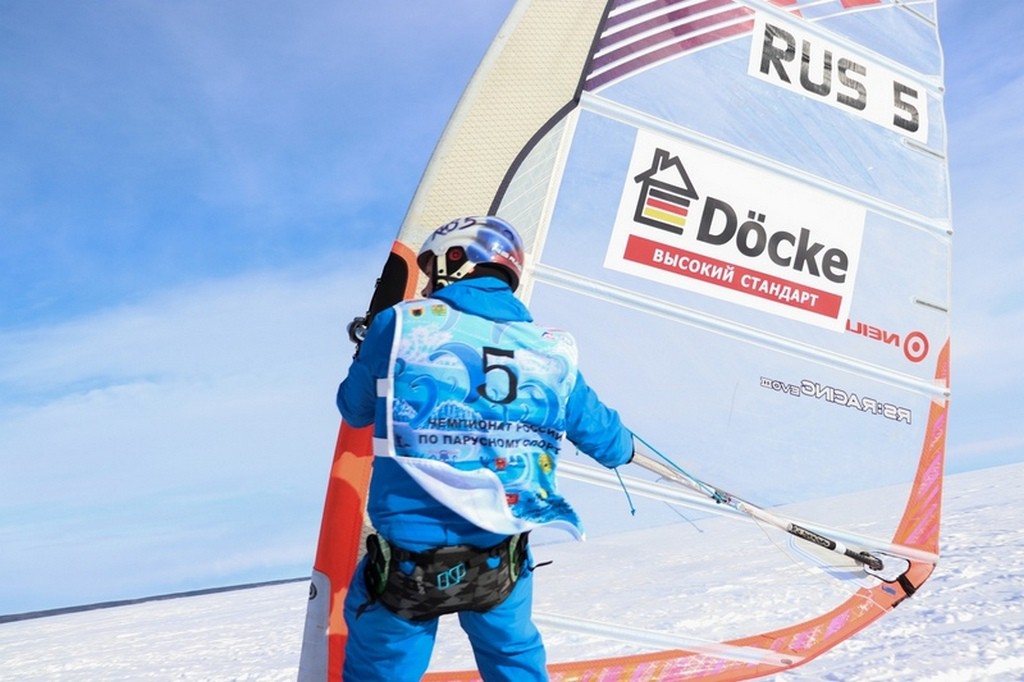 To participate in the tournament came almost 60 sportsmen from Moscow, St.-Petersburg, Arkhangelsk, Yekaterinburg, Murmansk, Novosibirsk, Surgut, Chelyabinsk and other cities of Russia. Including the stars of the domestic Snowkiting, the winners of the national Championships over the years.

Distance for both classes is paved on the lake Onega, near the city’s waterfront. If this route proved to be difficult: mixed snow-ice cover and ice dunes, speaking from under the snow. Nervous athletes made and the weather: the first day of the tournament was a strong Blizzard with wind 6-7 m/s. the Snow was beaten in the face, greatly reducing visibility. However, suffering did not last long. The next day the sun came out and the wind increased to 8-10 m/s. In the end, the organizers managed to complete the competition programme.

In Snowkiting, in discipline a course-flight was conducted on 15 races in both types – on the ski or Board. The best among men, snowboarding has become a Petersburger Nikita Sokolov. World champion and now three-time champion of the country with a huge gap ahead of closest pursuer Stepan Come from Chelyabinsk. The third was another representative of St. Petersburg Mikhail Chmutov.

There were no surprises in competitions skiers. The winner among the men expected was the favorite of the tournament – the current champion the world according to WISSA, the champion of Russia from Saint-Petersburg Nikita Kodanev, the second place from his countryman Andrei Balakina, the third was Ilya Turban, representing Surgut.

“Thanks to all the participants and the organizers, well done! – said after the competition Nikita Kodanev. – For the second time won the Russian championship, but this year had more difficult as the level of competition rose, pulled the youth. Special thanks to my parents and sponsors for their support.”

In the women’s competition was not equal to one more representative of Saint-Petersburg – Elena Kalinina. Elena is one of the strongest athletes in the world in kiteboarding, winner and medalist of world and European Championships, he started his career in kiting and always enjoys performing in the winter competition. The second was the Muscovite Sophia Nikogosov, the third – Petersburger Maria ryzhankova.

“For me, this championship is more preparing for the summer competitions, – said Elena Kalinina. – An interesting experience, as I haven’t raced on skis. At first it was very difficult to get used to, but then I more or less remembered. The opponents were very well prepared. Even though they are still very Junior, with less weight, very cool chase, did not commit tactical errors periodically pulled ahead of the men’s fleet. The level of competition has risen is due to newcomers, the guys the same story. If I could compete for a place in the men’s fleet? Unlikely, because a) you need more practice, b) need special skiing, in) need more physical strength. But I did not set myself such a task. I missed the 15-meter kite, a larger size wasn’t even any desire to take.”

Intense fight took place in the winter Windsurfing. The participants fought for every point, one lost race could cost a place on the podium. Among the leaders the battle was particularly hot. For the first time in a long time, it so happened that all three medalists were the same number of points, so the final result was determined only in the last race.

“Very high-speed track, the race was held in one breath, as the wind didn’t spare all racing days. To win where you have not enough tactics and the right weapons, the fight was tense until the very last race,” said the silver medalist of the championship of Russia Roman] from Arkhangelsk.

Despite a strong lead in the first three days of the competition, in the end, the novel has lost first place to his countryman, Andrew Harkovskom.

“Strong opponents did not give relax for a second, any tactical error could affect the result, – commented on the competition, repeated champion of Russia Andrey Jargowsky. But in the end I managed to win and once again to confirm his title of the champion of Russia! In addition, very pleased with the large number of young participants”.

“I liked the competition in Petrozavodsk, they were the first for me on winter Windsurfing, said the silver medalist Anastasia Shchedrin. Every day the wind was blowing more than 10 knots, and one of these days, inflated to 26 knots… Before the competition I got to go on the ice only three times – in different weather conditions, so before starts come out as early as possible to train what I needed. Fortunately, turned quickly to recall the features of the sails 8.5, because before that a lot of training on the water for the same. Think winter Windsurfing is a wonderful opportunity to understand the basics to beginners, and to remember base control sail and of course those who engaged in a long time”.