The Russian boat RUS 1 Arttube, which was the second after two days and six races of the Italian championship in class J70 in San Remo, unfortunately, failed to remain in the top three. 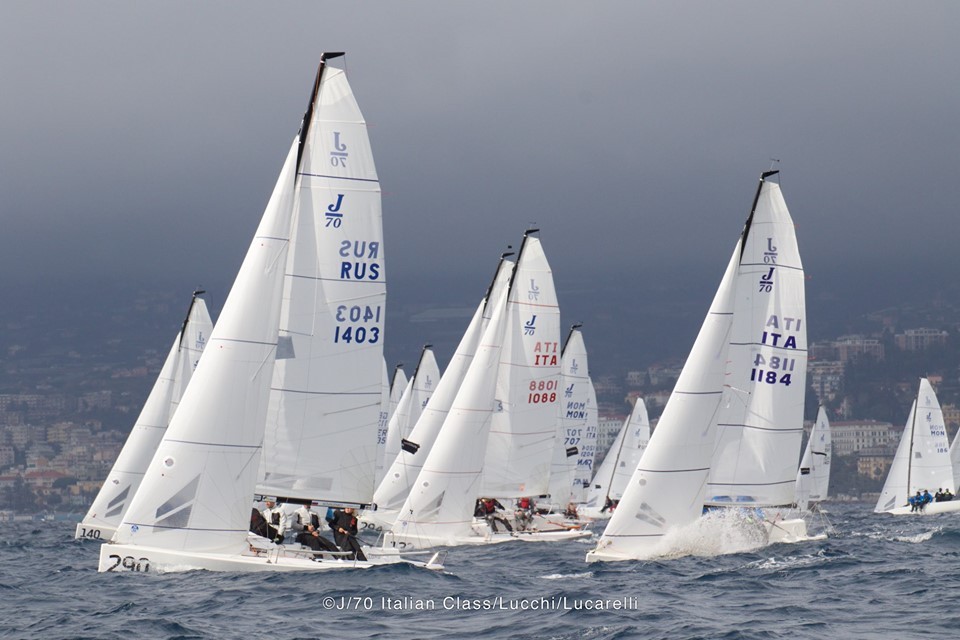 According to the results of racing Saturday, the third day of the championship, Arttube (Valeria Kovalenko, Denis Rozhkov, Fabio Gridelli, Igor Lisovenko, Sergei Avdonin) dropped to 5th place – 65 points, parishes (29)- 1 – 17 – 1 – 3 – 14 – 6 – 15 – 8. And, as it turned out, remained in this position permanently, because Sunday starts have been cancelled.

The winner of the regatta was the Italian team L elagain (skipper – Franco Solario) – 48 points.

Closes the top ten of another team under the Russian flag – Joyfull Denis Cherevatenko (92 points).

Detailed results of the championship of Italy

With pleasure we note that the results of all rounds of the tournament J/70 Cup (which includes the championship of Italy) crew Arttube RUS 1 – on 3rd place among 98 participants. Cool!

The detailed results of the J/70 Cup –