Skip to content
Latest News:
Samokhin. As expected
Our girls are in the Silver Fleet
Our girls – Silver fleet 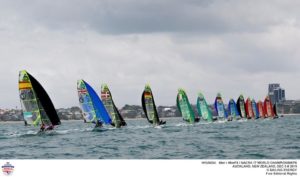 Yesterday       Tomorrow – Medal Racing In Auckland, the World Cup final races in classes 49er, 49erFX and Nacra 17 ended. And now tomorrow, in the medal races, the strongest participants in the regatta will determine the winners. We recall that Russian crews did not get into the Golden Fleet – and, unfortunately, did not participate in the struggle for Olympic trips. Here are the top three before the medal races – and the final results of the Russians: 49er. Held Read more

In Oakland ended the final race of the world championship in the classes 49er, 49erFX and Nacra 17. And now tomorrow – in the medal race – the strongest participants of the regatta will determine the winners of the awards. Russian crews, we will remind, in the Golden fleet didn’t get – and, unfortunately, was not involved in the fight for an Olympic place. Here are the top three before the medal races and the final results of the Russians: Read more 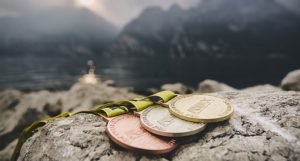 September 28, 2019       Elfutina won the medal race!       In Torbole on Lake Garda today ended the world championship in the RS: X class. And it ended for us on an otpimistic note. Stefania Elfutina has always been criticized for the fact that she does not conduct medal races in the best way. And today it was the other way around! No, Elfutina did not win the medal: her lag behind the top three was too significant. But she did everything Read more

In Torbole on lake Garda today the championship and in world class RS:x And ended it for us ottimistiche note. Stephanie Elpatio always criticized for the fact that she is not the best way holds the medal race. And today it was the opposite! No, Elfwine not won a medal: behind of the three leaders was too important. But she did everything in her power: thanks to the victory in the medal race Stephanie rose from seventh place, which was Read more

In Togliatti on the Kuibyshev reservoir waters nearing the end of the championship of Russia in the Olympic classes. According to the website of the WFTU, on Tuesday was again carried out all the scheduled races: classes 49-th and 49-th FX – four, in a class “Finn”, “Laser standard, Laser radial” and 470 – three. “The wind was about 15 knots gusting to 20, – said the chief coach of the Russian national team Natalia Ivanova. – No wonder we Read more 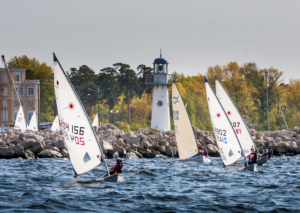 Yesterday       Today – Medal Racing In Togliatti in the Kuibyshev reservoir, the Russian championship in Olympic yacht classes is coming to an end. According to the website of the VFPS, on Tuesday all the planned races were held again: in the classes 49 and 49 of the FX – four, in the classes "Finn", "Laser-standard", "Laser-radial" and 470 – three . “The wind was about 15 knots, with gusts of up to 20,” said Natalya Ivanova, head coach of the Read more 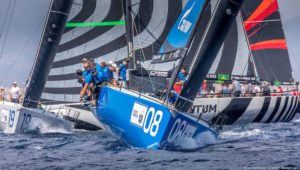 29 August in Puerto Portals in Mallorca ended the world championship in the class ТР52, which was, simultaneously, the fourth stage 52SuperSeries. By results of competitions the victory was won by the German team Platoon. The crew of the Yacht club of Saint-Petersburg for the first time in the history of participation in world Championships ТР52 won a bronze medal. As expected, the final day of the world championship was the most intense, because the team up to the seventh Read more

In the yachting centre on the Japanese island of Enoshima, where in 2020 will host the sailing regatta of the Tokyo Games, continue the test pre-Olympic competitions in which take part many of the strongest yachtsmen of the world. Interchange is getting closer: tomorrow, Wednesday, will be the medal race in five disciplines – 49er, 49erFX, Nacra 17 and RS:X men and women. The Russians presented in the last two, so with a sailing Board and begin. RS:X women. According Read more 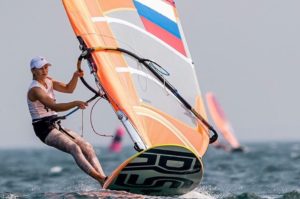 Yesterday       Already tomorrow – medal races       In the yachting center on the Japanese island of Enoshima, where the Tokyo Games sailing regatta will be held in 2020, pre-Olympic test competitions are continuing, in which many of the strongest sailors on the planet take part. The denouement is getting closer: tomorrow morning, on Wednesday, there will be medal races in five disciplines – 49er, 49erFX, Nacra 17 and RS: X in men and women. The Russians are represented in the last Read more