A second report Elena Tekinay of Cascais, where the ongoing world Cup in RC44 class: 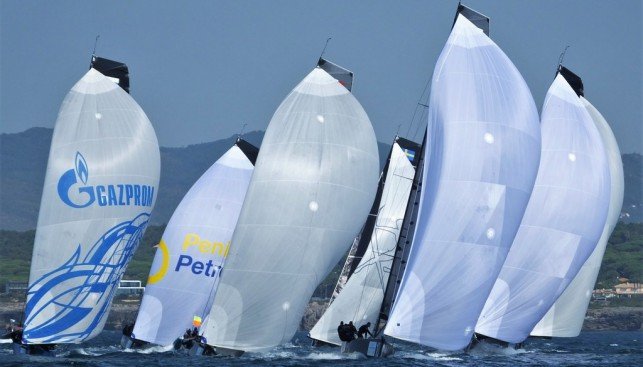 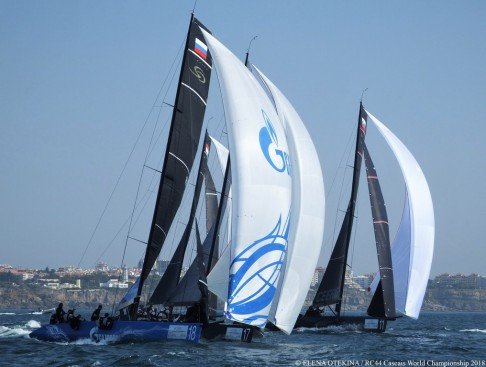 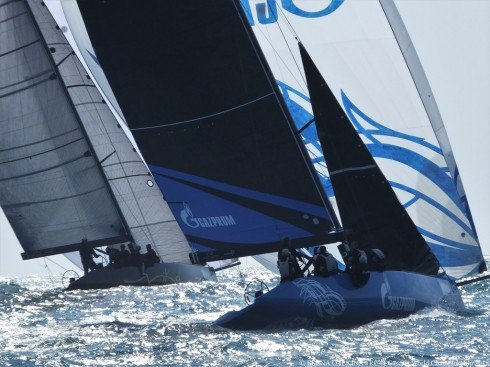 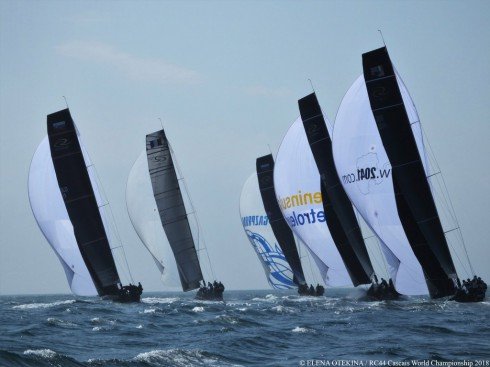 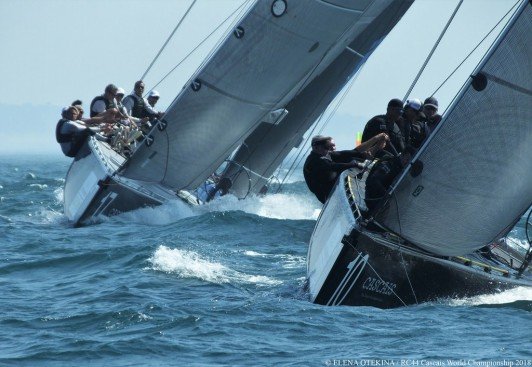 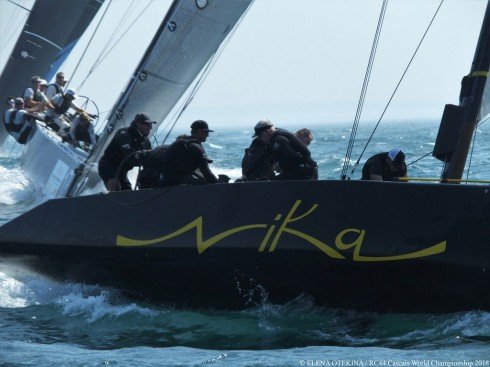 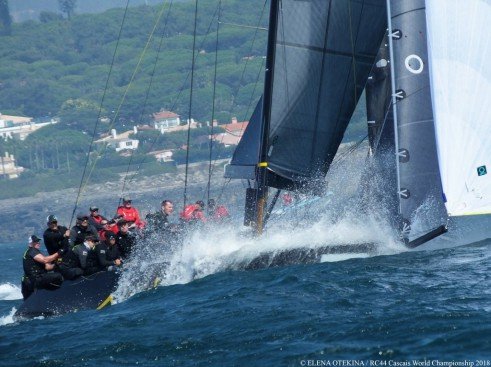 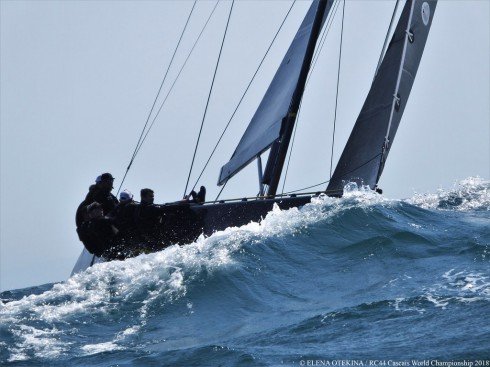 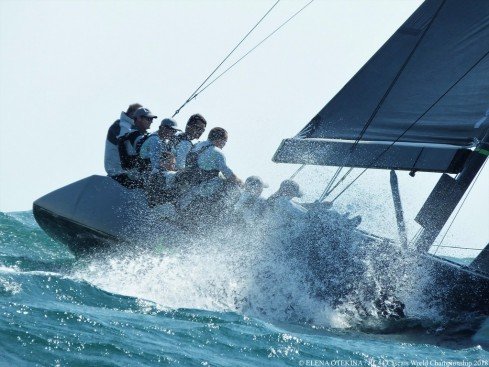 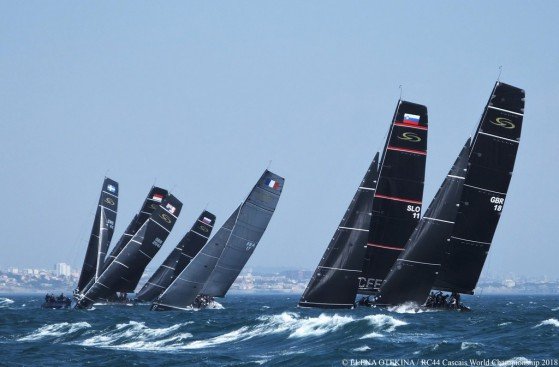 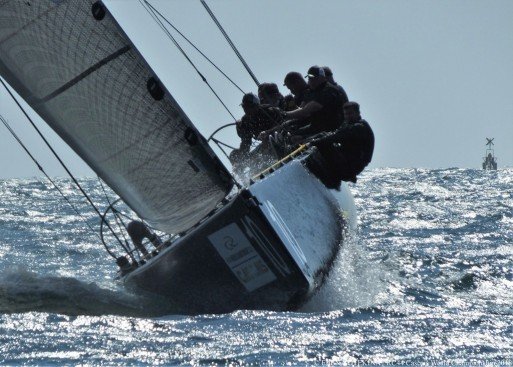 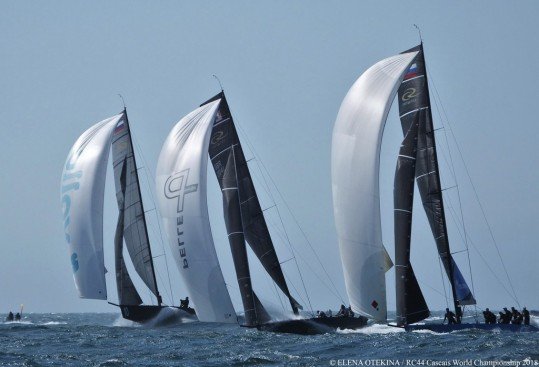 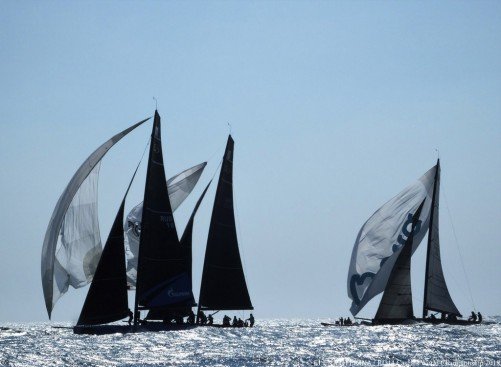 The main result of the two days of the championship: both the Russian team continues to lead the overall standings!

On Friday, September 28, Team Nika’s Vladimir Prosikhin showed a beautiful series of 1st, 2nd and 3rd wards three races of the day, and sent the leader of the first day my teammate Petersburg Bronenosec Sailing – into second place.

“Battleship” under the management of Kirill Frolov finished 3rd, 7th and 2nd and now lags behind “Nicknames” on two points. In third place in the overall behind 8 points from the leader rose the champion of last season – the Slovenian Ceeref, Igor La also won one race, but became in the other two the 7th and 5th.

Cascais has finally proved why he is rightly considered the European Mecca of sailing, providing the participants the best I can! Northwest wind at 20 to 27 knots and a high ocean swell allowed the teams to enjoy gliding up to 23.5 knots at full courses.

Yachts raced in the distance, like a torpedo, almost completely leaving the water at a particularly high tide, the pumps could not cope with the pumping of water, steering, gritting his teeth, tightly gripping the steering wheel, and the crew members do not conceal a happy smile, trying not to fly overboard on Ukraine. However, not all was quite clingy – British Team Aqua, one person still fell in the water during the maneuver, but was quickly rescued.

In the first race there was no clear benefit of either party and Nika, well launched from the ship, and Ceeref won the pin, on the top sign gebalis at the same time, but going external Mr Prosikhin was able to “ride” the Slovenian boat, first raised the gennaker and took the lead. More “Nika” was leading the whole race and deservedly won it. Bronenosec was initially the 4th, then everything went well the first full course, the gate was second, but then skipped forward to the French Aleph and finished third. While Ceeref of the leaders fell at the finish line in last place.

In the second race the wind increased to 25 knots, and crews had a hard time during the maneuver under large gingerly, not without “bras” and tangled gear. Nika is well again launched from the ship, and working out the best right side, at the first sign she was second behind Ceeref and so was the second the whole race. The team of “Battleship” the race has not worked from the start, made a mistake with the maneuver at the first sign of Kirill Frolov was 6th on the second upper rounding was fined and finished second to last.

The third race on the increased wave and the freshening wind was marked by a false start three teams — Peninsula Petroleum, Ceeref and Aleph. The boat was literally thrown over the line of the high coast. All teams have replaced their geekery on a standard A3 and maneuvering, felt more or less stable. This very fast and exciting race was won by the Swedish Artemis Racing of Thorbjorn the tornkvist with Andy Horton as a tactic.

Our Bronenosec and Nika start was not good. “Nick” pushed out lalign “Charisma” and “Battleship” missed the start by 15 seconds. At the first sign of the boat under the Russian flag were 4th and 5th respectively. Then Kirill Frolov perfectly passed the first full course and was second at the gate. Mr Prosikhin on the way down ahead of one boat, then tacking on the second one and the second diffraction came third – behind Kirill. As he tried on the last full course of “Nika” to get around the “Battleship”, but it did not work, and our teams finished in the same order.

According to Kirill Frolov, although his second race was very nervous and couldn’t do enough to disperse the boat, but overall the day very much. “We are happy with our result. Loved the weather, the wind elegant, prestart third of the race even without the gennaker we were going 20 knots! Not often we in this weather go so much into the wave we haven’t stuck, and the pump worked the whole race”.

Inspired by the victory and the beautiful weather, Mr Proshin could not restrain his emotions: “a Very good day, the barrel as we love all of this reminded me of 2015 (when the “Nika” for the first time won here in Cascais, their first world Cup). If things go well, will be very cool, I’m counting on it. Of course, how it will try but will be very. The first race is excellent, the second good, the third I was at a complete loss, but somehow managed to get together. I had a plan to climb between “Charisma” and the judges ‘ boat, but “Charisma” hole was closed, and I had to go was not where he was going. The fleet is very competitive, and I think any boat can win. It is a rare situation, when there is such strong competition, and it is a great pleasure to fight against such strong rivals, such a strong fleet. Of course, the team and I am personally very determined to do all that is possible”.

Team tactics Dean Barker was very pleased with the team’s performance: “we had a great day, was typical of Cascais weather conditions. Half way over, but still a lot ahead. I like how there is a boat, I think we are very fast and Vladimir great rocks.”

Today, on the penultimate day of the championship, again scheduled three races. The forecast promises a slightly less strong wind of about 20 knots.