At the boat show in Monaco Finnish shipyard Nautor’s Swan presented the project of a sailing superyacht Swan 120. Naval architecture and appearance of 36.5-meter Swan 120 designed by the court designer of the Nautor’s Swan German Person, with whom the shipyard is collaborating since 1980. Body lines are gently bent to a wide stern, which guarantees boat stability. 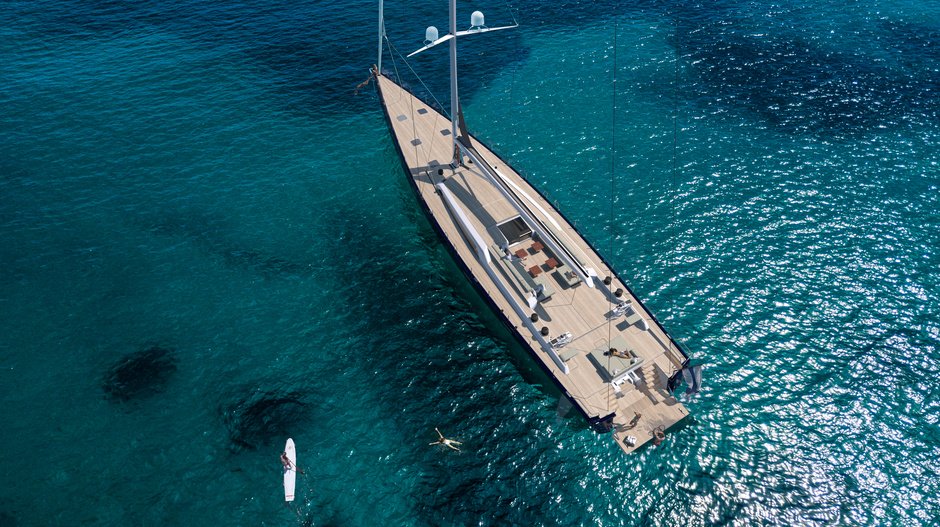 Transom Swan 120 — secret: his back is fully open and tipped into the water.

Hiding in the stern tender garage. When the 4.5-metre tender is launched, the garage with the swim platform, which plays the role of a folding wall of the transom, forming a large beach club area of 215 square meters.

On deck, the coamings are extended for the double post control. To save up long sofas and tables for relaxing. One sofa can be placed around the exit to the lower deck at the stern. 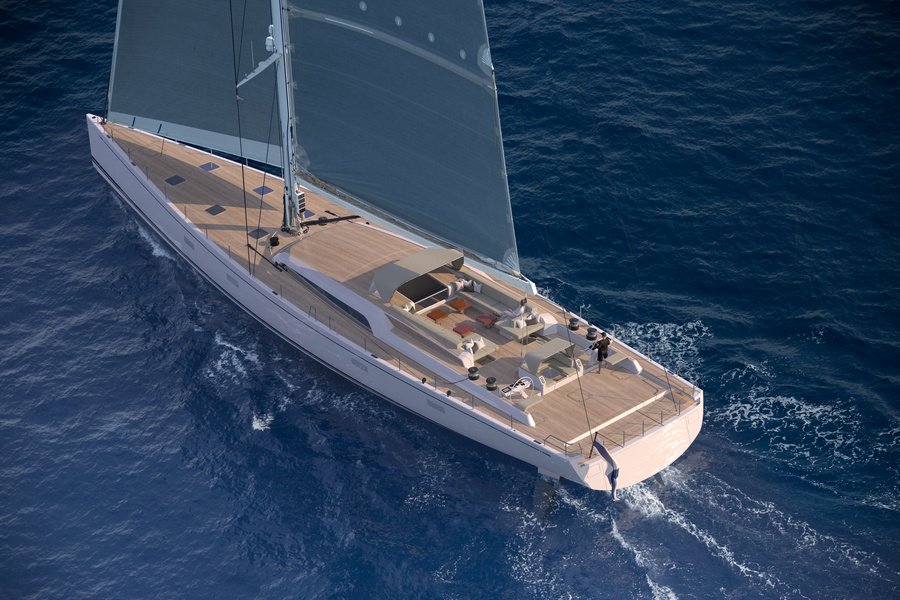 In addition to the lounge, located on the midship under the deck with four comfortable cabins with bathrooms and crew cabins. Available in a choice of two options-plan lower deck — crew cabin in the bow or aft. Plan differ only in the location of the cabins. All bulkheads, hatches and supply system placed the same way. This was achieved by creating a single matrix for both plan options.

Optionally, the housing may be made an additional number of Windows. According to the head of superyacht line Nautor’s Swan Peter Naya (Piter Naeye), this decision was the subject of a heated debate between him and Hermann Person — it somewhat breaks the harmonious lines of the body. But in the cabin more light and great views of the water: additional Windows are located exactly on the two sofas that can convert into daybeds. 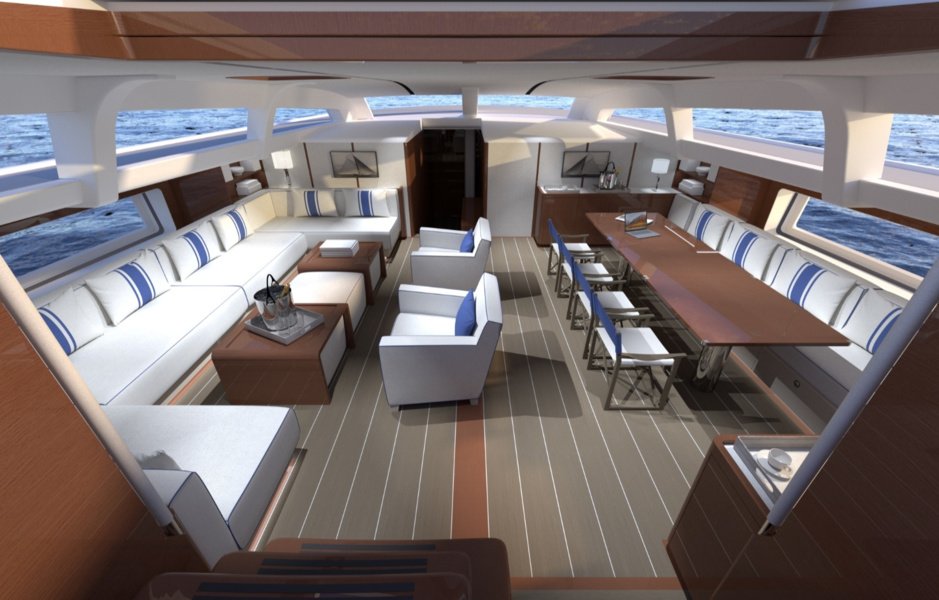 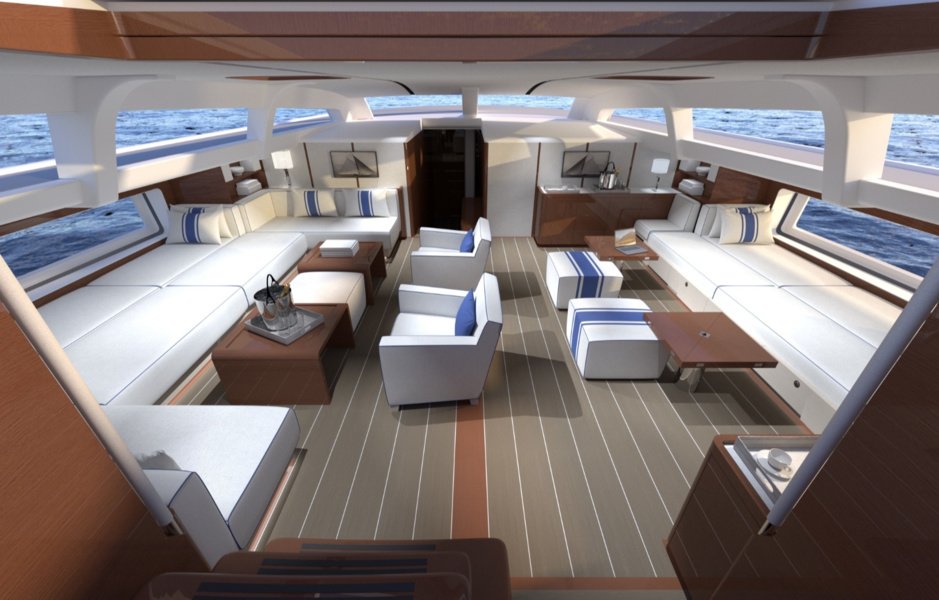 The interior design developed Misoi poggie (Misa Poggi). The Italian has already worked with Nautor’s Swan on the lesser model Maxi-series Swan 98. She created three design package for Swan 120: “timeless classics”, “wine”, using wine-colored, “tradional nautical” design with accents in dark blue. Another version of the interior design was developed by a team of designers, shipyards, and is called the Spirit of Finland. As you might expect from the “spirit of Finland”in the color scheme of this option, a lot of white. For interior decoration used premium Italian leather and textiles.

Hull Swan 120 completely made of carbon fiber. In the base boat equipped with a fixed keel and has draft of 4.5 meters. However, you can equip it with a telescopic keel that reduces the draught up to 3.5 meters. 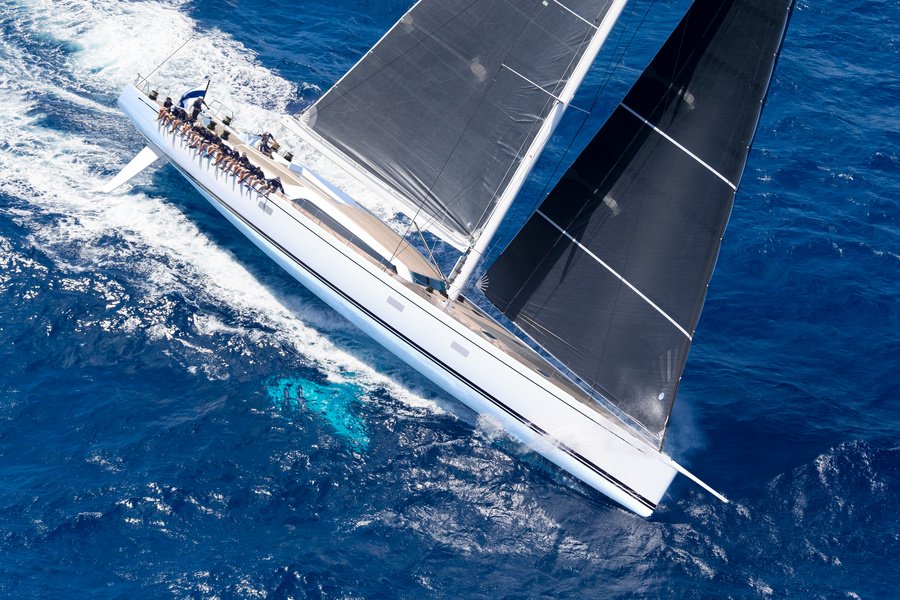 The racing version is equipped with a bowsprit with a length of 3 meters with waterstain, a grotto with a square top and portable backstay. Optionally, you can install a hidden anchor winch.

The boat rich standard equipment, which allows you to put the sails up and immediately use it for cruising somewhere in the warm seas. The model is seaworthy enough to go on her circumnavigation, but in this case, of course, the basic configuration is not enough.