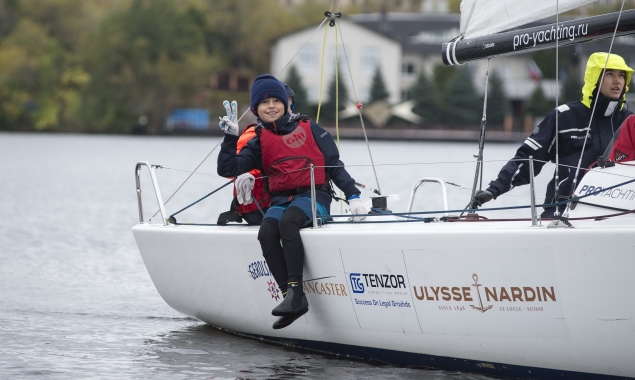 Sunday, September 23, the company PROyachting held a traditional charity regatta and Bart’s Bash, in memory of sailor Andrew Simpson. In the regatta was attended by children from the sailing schools of Moscow.

“We supported the idea of a charity race from the start and spent the first Bart’s Bash in Moscow in 2013. Now it has become a tradition for us, — says General Director PROyachting Mikhail Kondratyev. We conducted this race in a variety of classes: Beneteau Platu 25, Elliott, “Laser”, “Optimist”, among adults and children, with yachting experience and without. This year we wanted to invite adults to compete with children on yachts J/70, but seeing the forecast of rain, the adults decided not to participate. In the end we had three excellent races on an average wind among the children crews under the supervision of an adult instructor.”

Every year, hundreds of yacht clubs around the world are invited boaters to remember Andrew Simpson, to participate in the regatta and to contribute to the Andrew Simpson Foundation, which has been supporting sailors with disabilities.

To hold regatta Bart’s Bash can any yacht club. For this you need to register on the site and to fulfill the conditions of the organizers. This year, the movement supported 641 yacht club from 86 countries. The most active were the UK, Italy and South Africa. The most popular classes of yachts, which held the regatta: Laser Standard, Laser Radial and
“Optimist”.

Race Bart’s Bash is held around the world and dedicated to the memory of sailor Andrew Simpson. A reliable friend and a talented driver, winner of a gold and silver Olympic medals, he died tragically in preparation for the America’s Cup in 2013. In 2014, the regatta takes place in all parts of the world on a variety of sailing yachts. Oversees racing and charitable Foundation Andrew Simpson Sailing Foundation, established by friends and colleagues of Andrew Simpson. In the first year of regatta and Bart’s Bash got into the Guinness Book of records as the longest race held during the day on several areas. The company PROyachting supports the initiative for the fifth year in a row.