Completed the last 600-mile race of the year – Rolex Sydney Hobart Yacht Race. In Hobart on the Australian island of Tasmania have already finished 75 boats. 4 yachts are still on the course. But the winner on adjusted time is already known: 66-footer Alive (Australia, skipper Duncan Hine). It’s her you see in the picture. Recall that the first (and for the 9th time!) Hobart came the 100-foot Wild Oats XI with skipper mark Richards. The Russian team SeaVentus Read more What to do in the holidays, if you are leaving on holidays in a distant land? A year ago we asked this question to our readers – and they immediately offered the answer: “How is it – what to do? To take the whole family to a Museum or exhibition. At a meeting with the beautiful!” Then, a year ago, we passed from words to business. Asked three wonderful sailing photographers regular contributors of the magazine Yacht Russia and our Read more A cloud in the sky goes, a barrel floats on the sea and in a barrel… No, not Prince Gvidon, but rather “Diogenes”: 71-year-old Frenchman Jean-Jacques Savin (Jean-Jacques Savin). A former military aerial paratrooper and pilot 4 times crossed the Atlantic under sail and decided to celebrate the fifth “anniversary” time, unusual: go on a “journey, during which the person is not the captain of the ship, and the passenger of the ocean.” For this he built of plywood coated Read more The Australian crew of Wild Oats XI was waiting for this moment for four years. In 2015 the team out of the race due to a torn mainsail, in 2016, the problem arose with the hydraulic cylinder. Last year, the boat finished first, but received a one-hour penalty for the dangerous incident c Comanche at the start of the regatta and lost the title winners line honours and the title holders of the land speed record Rolex Sydney Hobart. And Read more 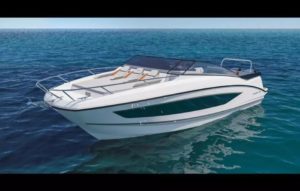 It took only a few months after launch day cruiser Flyer 8, Bénéteau has announced that during the fair, Boot Düsseldorf will hold presentation of the Flyer 10. According to the shipyard, the new model will be the “culmination” of the process of expanding the range of boats with an outboard motor. The chip Flyer 10 — speed characteristics. With two engines of 350 horsepower and the body Airstep® 2, it will be able for a few minutes to reach Read more Not long ago, I wrote about pre-emptive repair of yachts. Of course, it is important as the current operating task and on an ongoing basis. But I want to draw your attention to a position like refit. First and foremost — in relation to serial popular yacht sizes (up to 100 feet). If repite (eng. refit — deep conversion) custom metal vessels known to many, and no one question, why do it, but when it comes to composite yacht in Read more 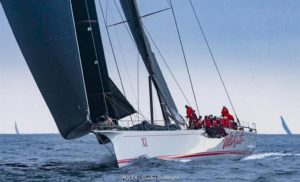 In Hobart (Australian island of Tasmania) came the first race, the Rolex Sydney Hobart Yacht Race. Fierce competition for line honours was won (for the 9th time in the history of the regatta!) Maxi yacht Wild Oats XI with skipper mark Richards. Race 628 nautical miles (1163 kilometres) Wild Oats XI overcame 1 day, 19 hours, 7 minutes and 19 seconds. This is not a record (which belongs to another permanent member of the regatta – Comanche – is 1 Read more The third part of a series of articles from the journal itBoat on the nominees of the award “European boat of the year” Our journal continues the overview of the contenders for the title of “European boat of the year”, the announcement of winners will be at the international exhibition Boot Dusseldorf in 2019. In the previous two editions, we talked about the candidates in the classes of cruisers and racing cruisers. In this article we’ll talk about the nominees Read more Less than two hundred nautical miles will be the 100-foot Comanche (skipper and co-owner Jim Cooney) to the finish line in Hobart. Last year’s line honours winner can repeat the success this time, except… But that’s unlikely she’s willing to concede the other three Maxi-yachts taking part in the 74th Rolex Sydney Hobart Yacht Race. Yes, Comanche ahead, but competitors nearby. At 11.30 a.m. Moscow time, Black Jack (skipper and owner Peter Harburg) lagged by only 1.9 miles, while Wild Read more 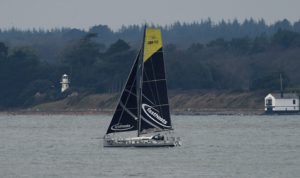 Just a day after the start, the Englishman Alex, Ellie was forced to abort the attempt to set a new world record circumnavigation and solo non-stop for yachts 40 feet or less. As we have mentioned, Ellie from November 1, waited in Gosport (on the South coast of England) favorable weather window. Finally, finally started on Tuesday. However, according to the BBC, the next day on his yacht Pixel Flyer went out on the wind sensor. To replace it, the Read more