5 years ago laid the linear ship “Poltava”! Congratulations to all involved with this significant date! 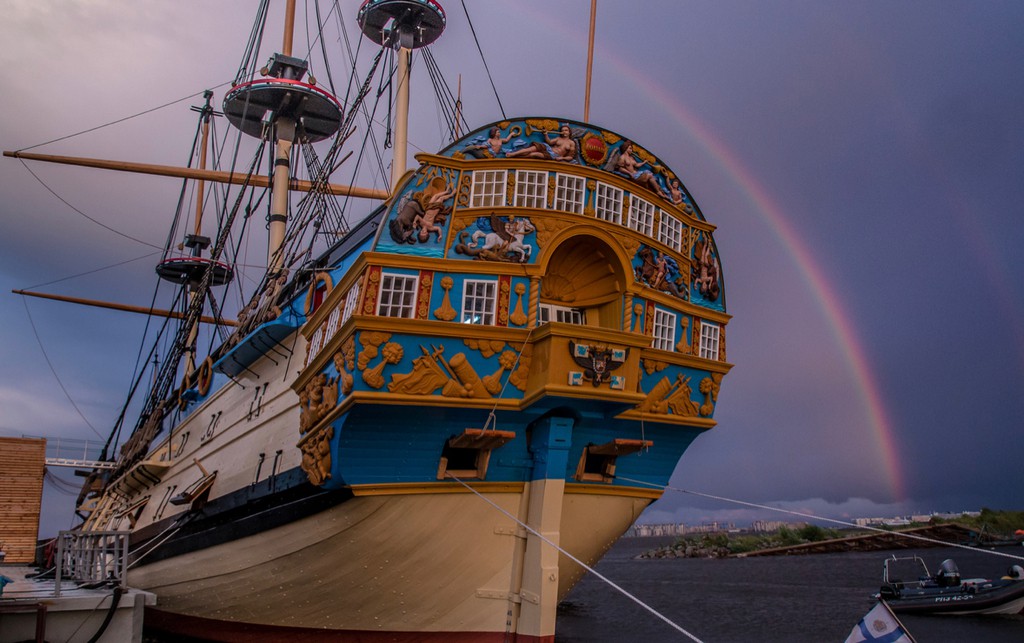 The keel of a replica of linear ship “Poltava” was founded on 27 February 2014. This day was connected by two keel pieces (parts). According to one Maritime tradition, the castle (the connection details) was laid a gold coin. General partner – PJSC “Gazprom”.

Let’s remember, how was the construction of a ship, from laying the keel to the rollout from the hangar.

Now “Poltava” on the water, the building continues. The beginning of the season we plan to equip the vehicle: to set the mast, rigging and sails.

For Yacht club of Saint-Petersburg historical research and restoration work are top priorities. With this purpose was created the historic shipbuilding Shipyard “Poltava” and “Fund for the support of reconstruction and restoration of historical vessels and classic yachts”.

The initiator of the construction of the linear ship “Poltava” is the Board Chairman and Deputy Chairman of the Board of Directors of OJSC “Gazprom” Alexey Miller.

The historic shipbuilding shipyard “Poltava” a tight — knit community of shipbuilders and designers, who recreated the authentic copy of the first linear ship of the Baltic fleet – 54-gun linear ship “Poltava”. The ship was named in honor of the Russian victory in the battle of Poltava. Poltava was built at the Admiralty shipyards, launched in June 1712 In the design and construction of the ship, Peter I personally participated.

A private ceremony was held on may 27, 2018 in accordance with naval traditions. The ceremony was attended by the Chairman of the Board of PJSC “Gazprom” Alexei Miller, presidential Plenipotentiary envoy to the northwestern Federal district Alexander Beglov, St. Petersburg Governor Georgy Poltavchenko, the Commander in chief naval fleet, Admiral Vladimir Korolev, the Metropolitan of St. Petersburg and Ladoga Varsonofy.

Godmother of the ship was the world champion in kitesurfing, the athlete Academy sailing Elena Kalinina.

After completion of all construction works, the ship will become the center of a large, modern interactive Museum complex dedicated to the Maritime history of Russia.

A real race is yet to come!