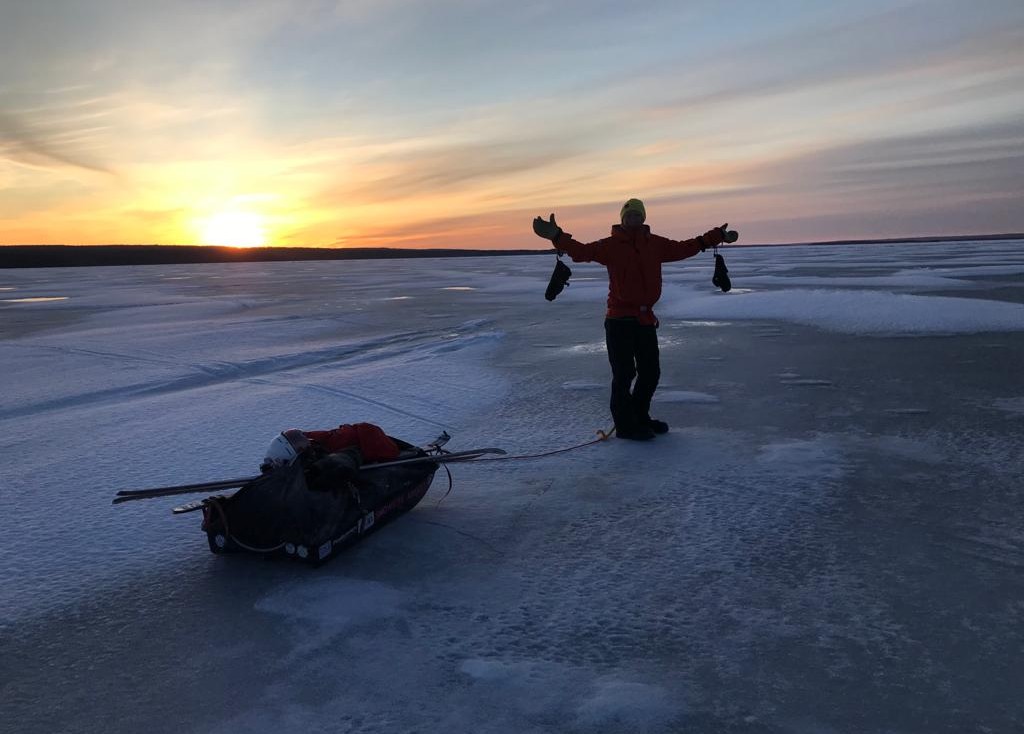 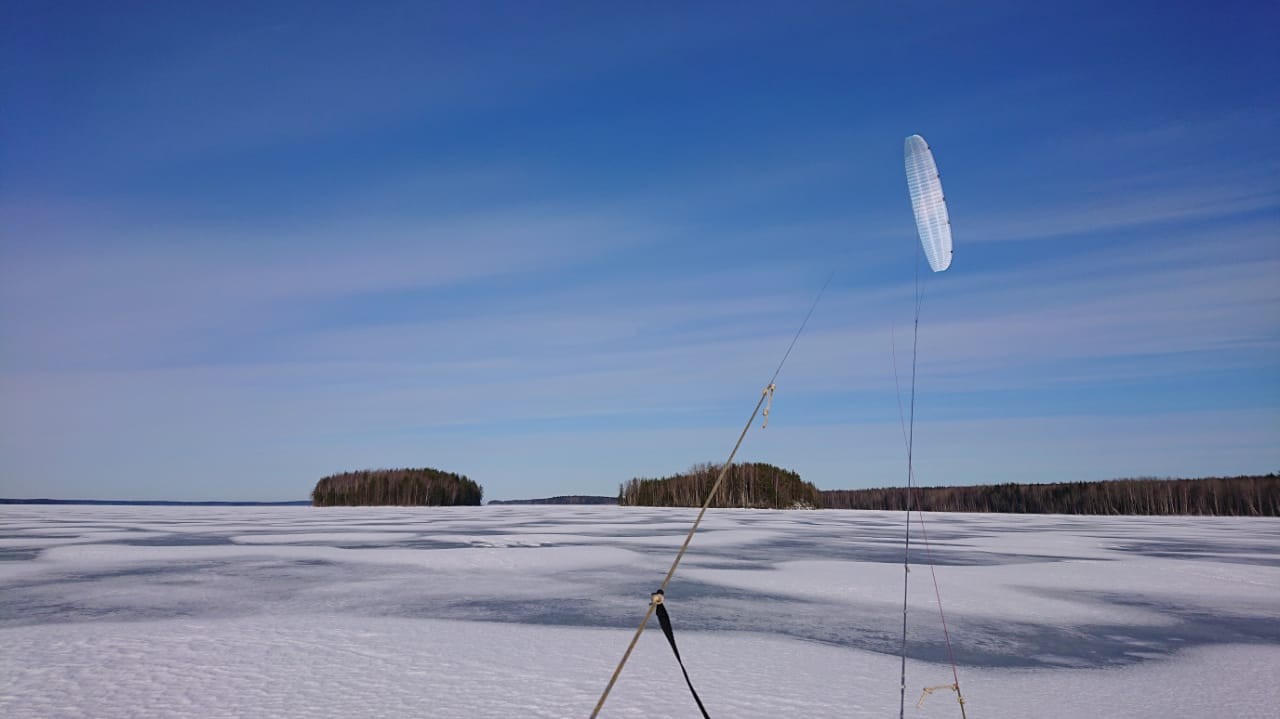 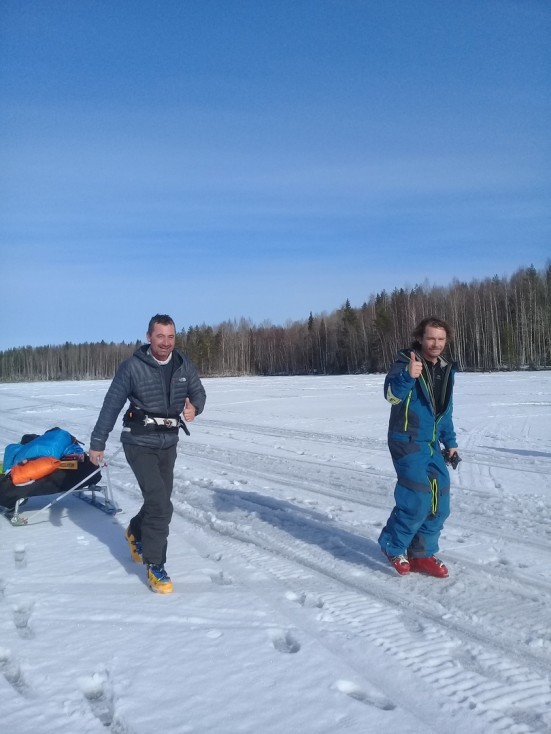 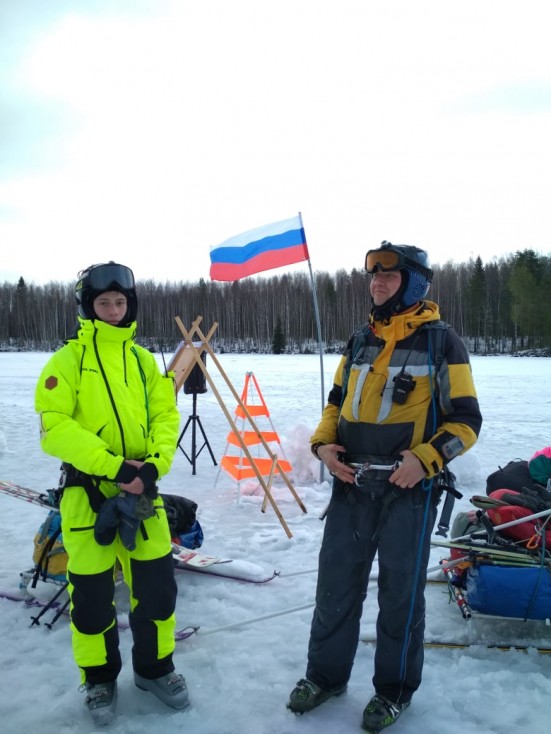 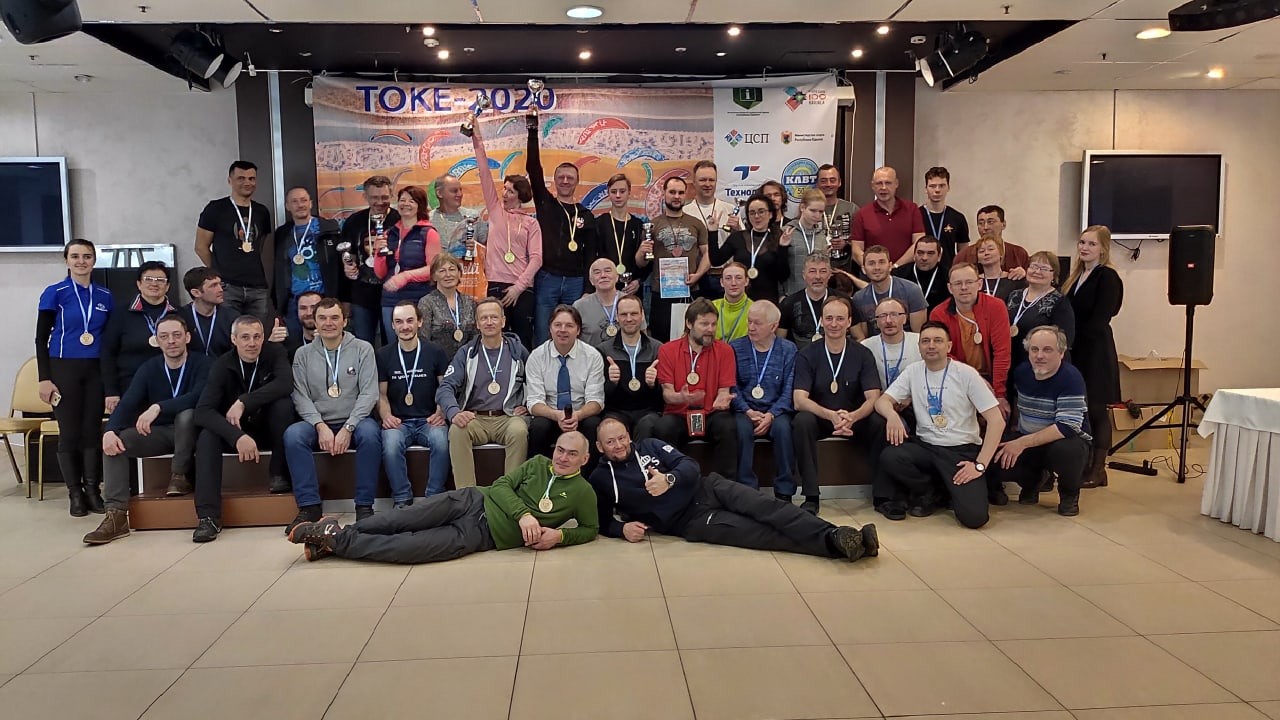 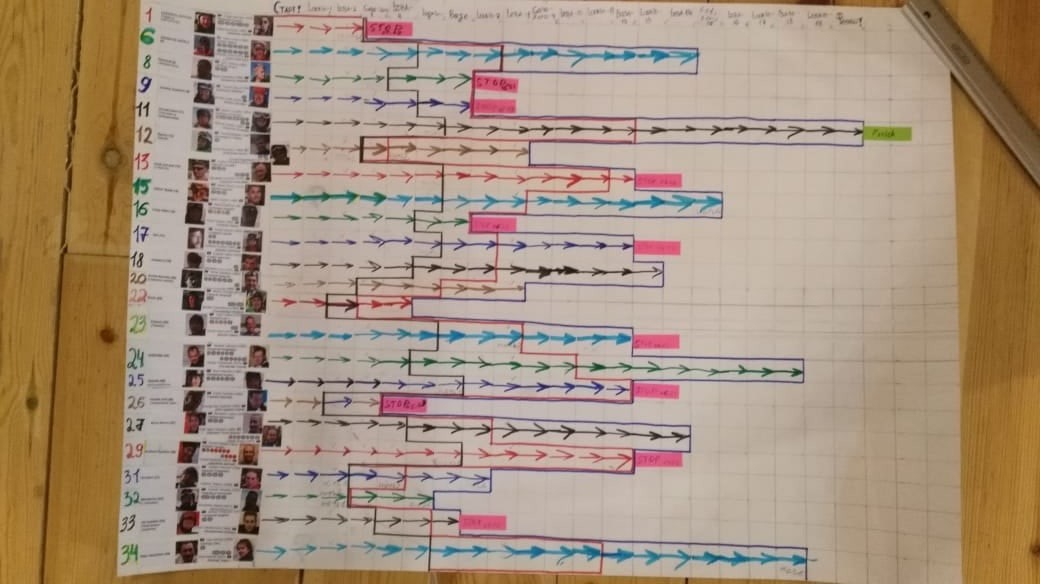 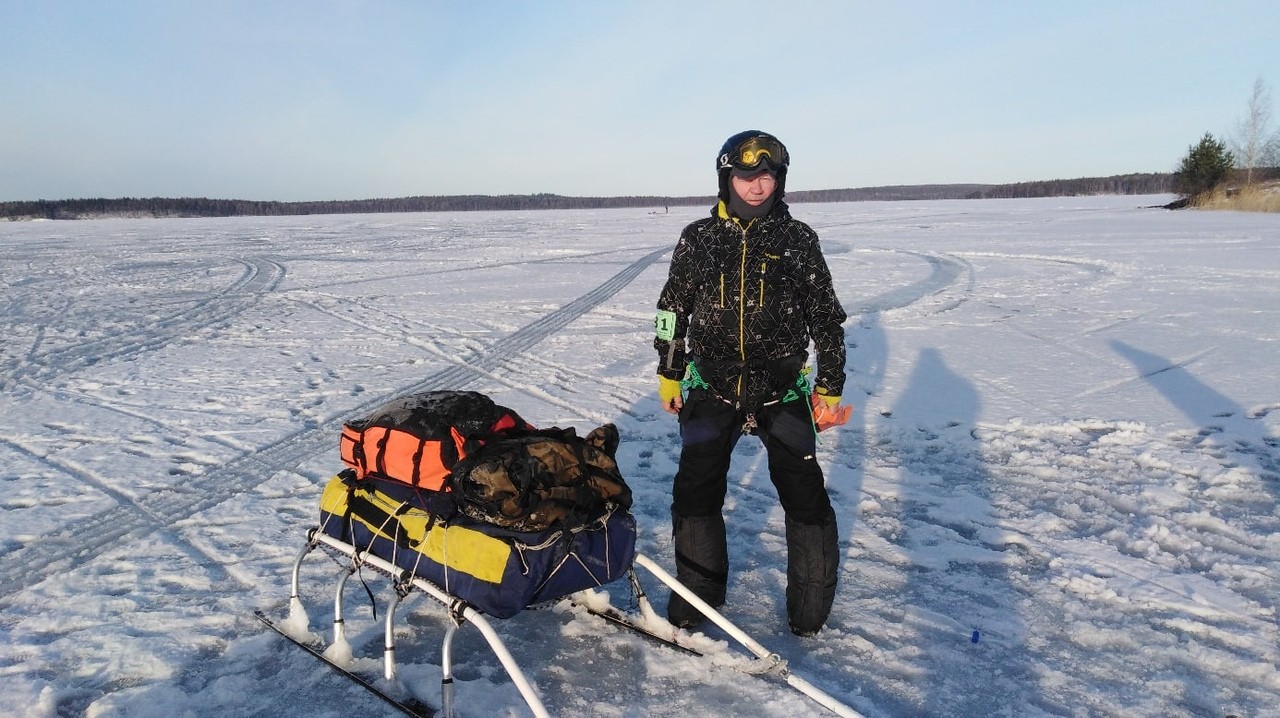 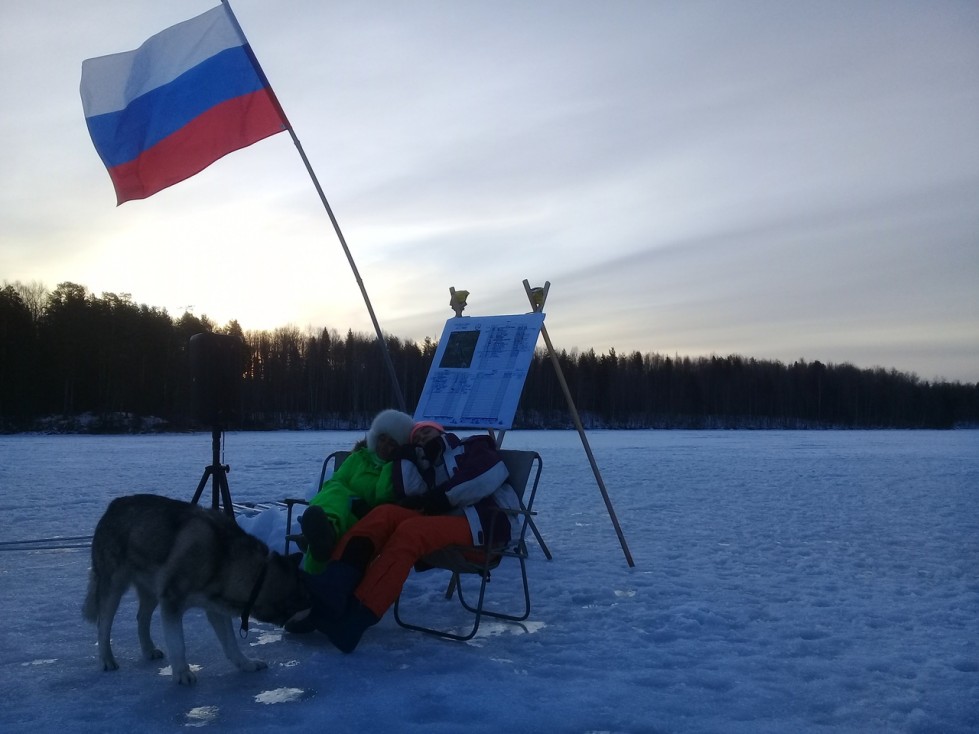 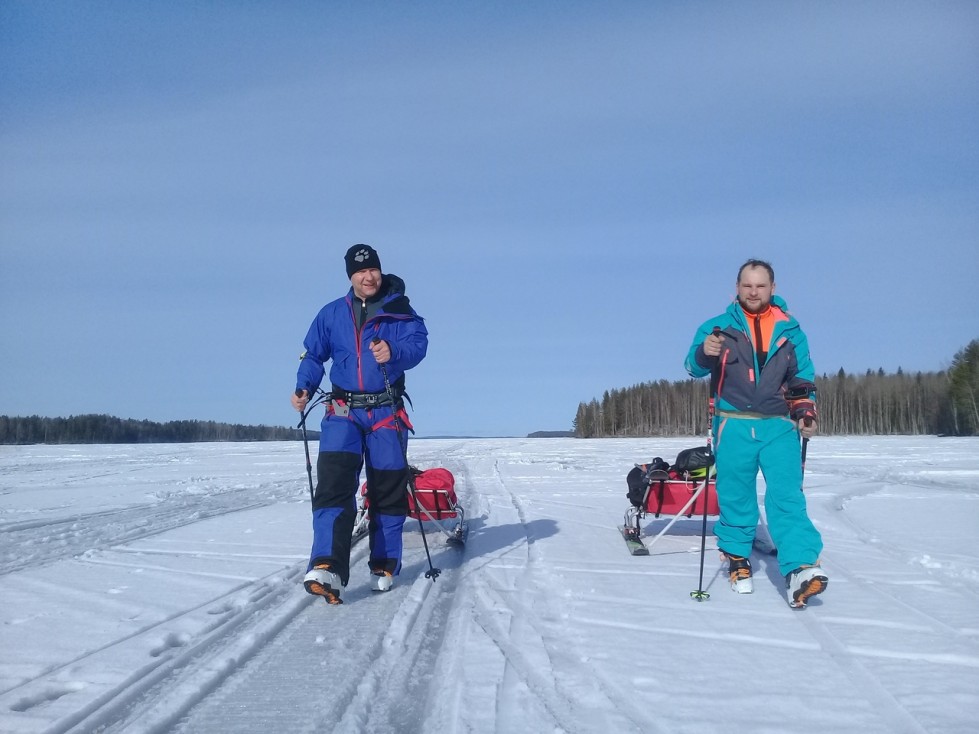 Only three (!) Of 23 teams managed to complete the distance laid on the ice of Lake Sandal, and the best of them was the family team from Petrozavodsk Alexei and Alexei Korolko (father and son), who covered almost 300 km in difficult conditions by the evening of the third day race.

At the finish line, Alexei Korolko (senior) told about his impressions of the race: “We liked everything and everything was familiar. For us, the worse (the weather), the better. And our secret is simple – not to stand still, but to go all the time. In this race we did it. “Yesterday was difficult for everyone, but we chose the right size for the kites, we had a good time, and we moved at the same speed all day.”

The closest pursuers – the team from Cherepovets Sheksna – appeared on the Baza KT an hour later, but they still had to go through the “champion loop” 30 km long, the passage of which they delayed the next morning. Like the team from Romania Team adventure.

The forecast for the next day promised a significant weakening of the wind and it was clear that in the afternoon the teams remaining in the distance could only move on foot. But the leaders had a chance to complete the race.

For the participants, it was the third night in tents, in the cold, damp, after intense, exhausting work from 7 a.m. to 9 p.m.

In the morning, as expected, the wind died down and the sun came out. At the finish KP tension was growing – who will come second? Team from Romania Team adventure and team from Cherepovets Sheksna fought to the last. And only the last segment of the race could identify the winner. With a very weak wind, the Russians decided to move on foot, and the Romanian team managed to raise the kites and was the first at the finish line, ahead of the opponents by 44 minutes. The teams spent exactly three days over the entire distance.

The remaining teams continued to move until 15.00, after which the last KP passed was recorded and the snowmobile teams were evacuated to the base.

The final results of all participants can be seen on the marathon website – http://trans-onego.ru/

At this point, the competitive part of the TOKE-2020 or World Ice and Snow Sailing Association (WISSA) Super Long Distance World Championship was completed. And the participants were waiting for the long-awaited rest and awarding ceremony.

Congratulations to the champions and hope that next year the weather will be a little more frosty, and the 10th anniversary race will take place along the traditional Onega frozen route.