18 days continues with a race against time French skipper Francis Guiana and its crew of 4 persons, the purpose of which is to install the Maxi-trimaran IDEC Sport a new world record on the classic route of the Tea race from Hong Kong to London. 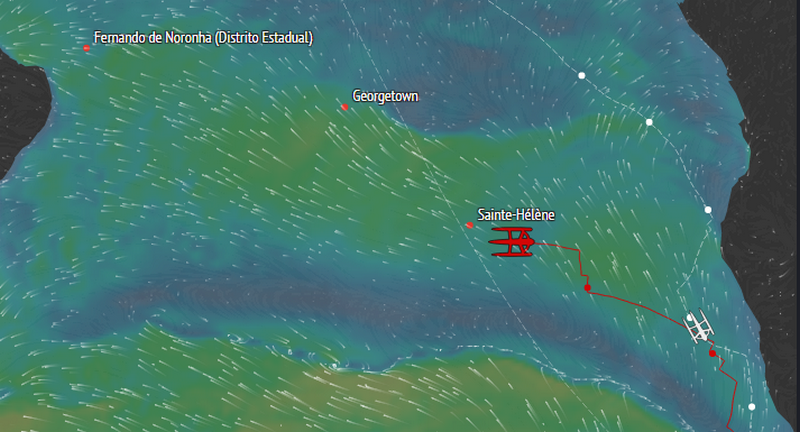 Passed 9536 nautical miles (average speed – 22.2 knots). To the finish under the bridge of Queen Elizabeth II on the Thames left to go 4580. Now IDEC Sport on 681 mile ahead of schedule current record, which is already two years belongs to the Italian Giovanni Soldini on Maserati Multi 70. That in itself is certainly not bad, but Guion and Co. had hoped that the separation of the graph “Maserati” by this time there will be more – about 800 miles.

Plans were broken before just in the past 24 hours, for which IDEC Sport broke just 389 miles (average speed of 16.2 knot). The movement slows down, the high-pressure zone near the island of St. Helena, which is now approaching a team of Guyana. To get around the island is planned to the North and continue driving North-West, bypassing the calm strip.