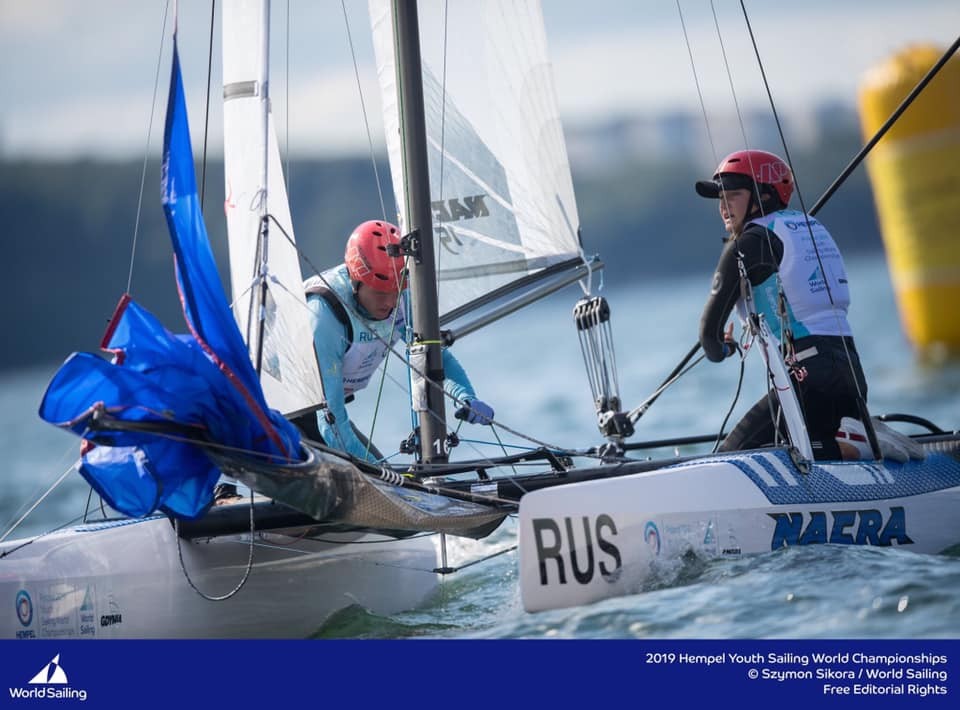 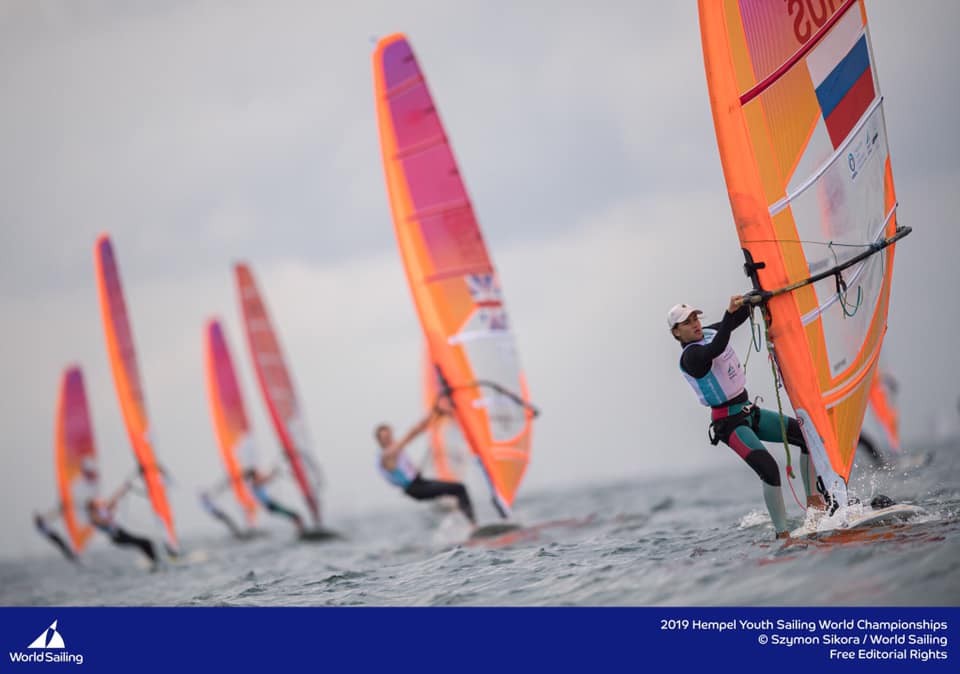 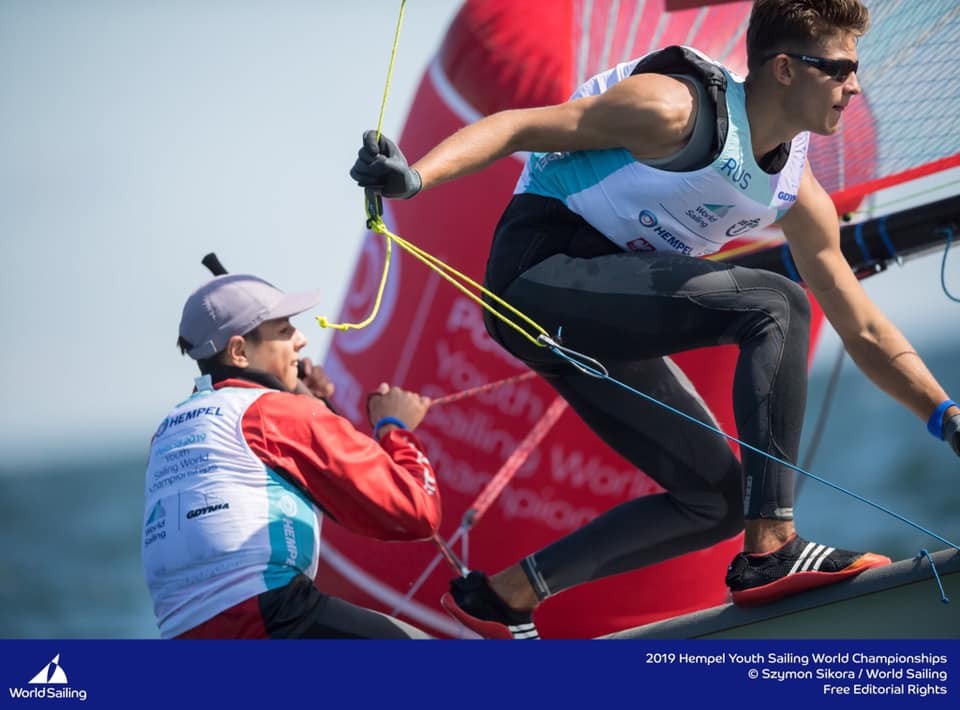 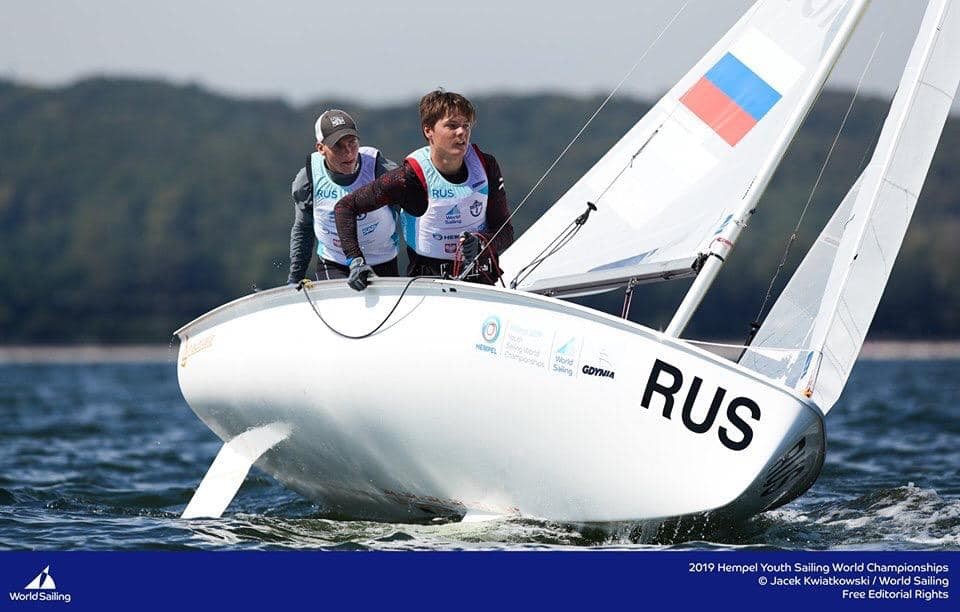 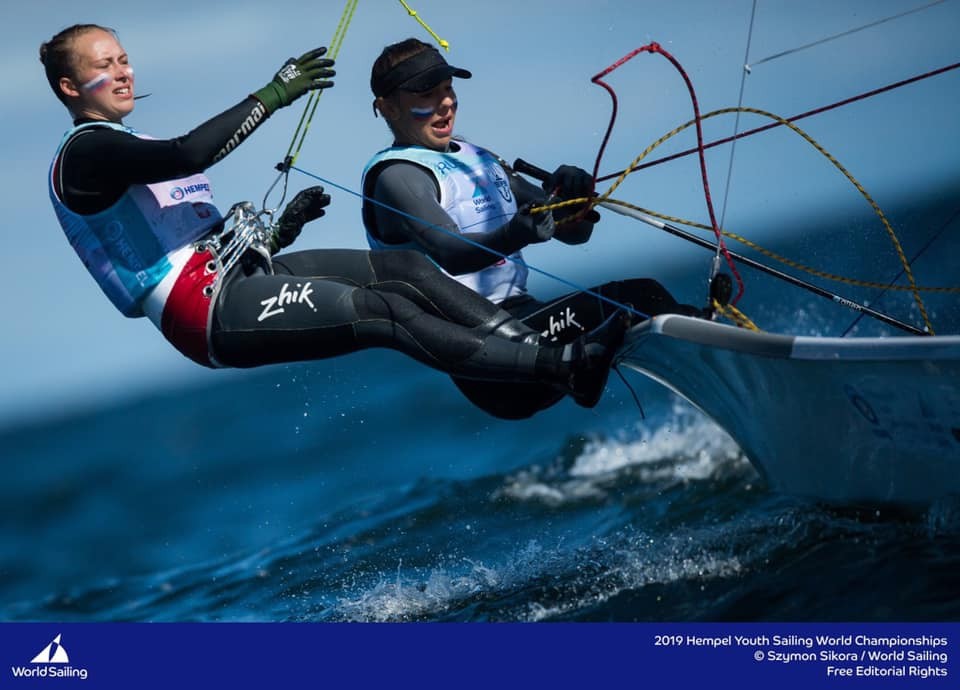 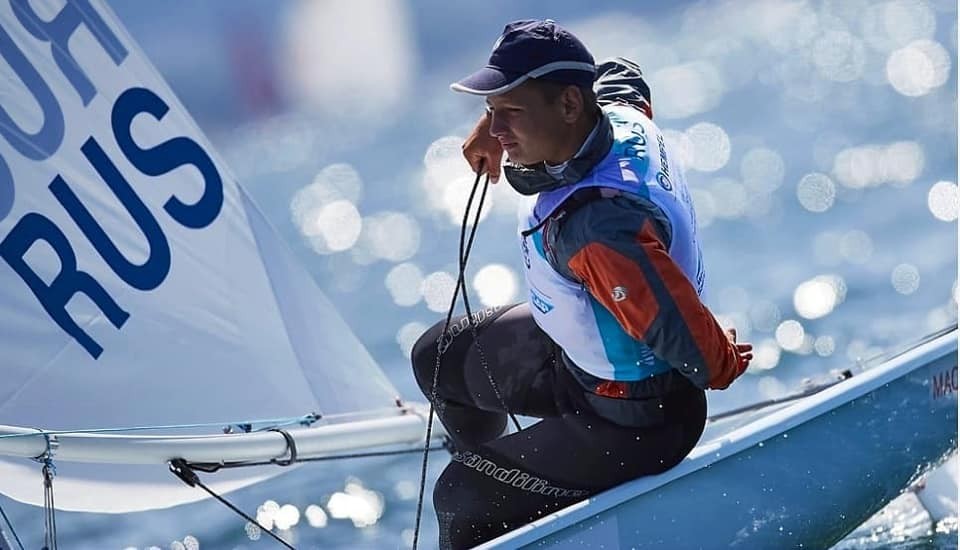 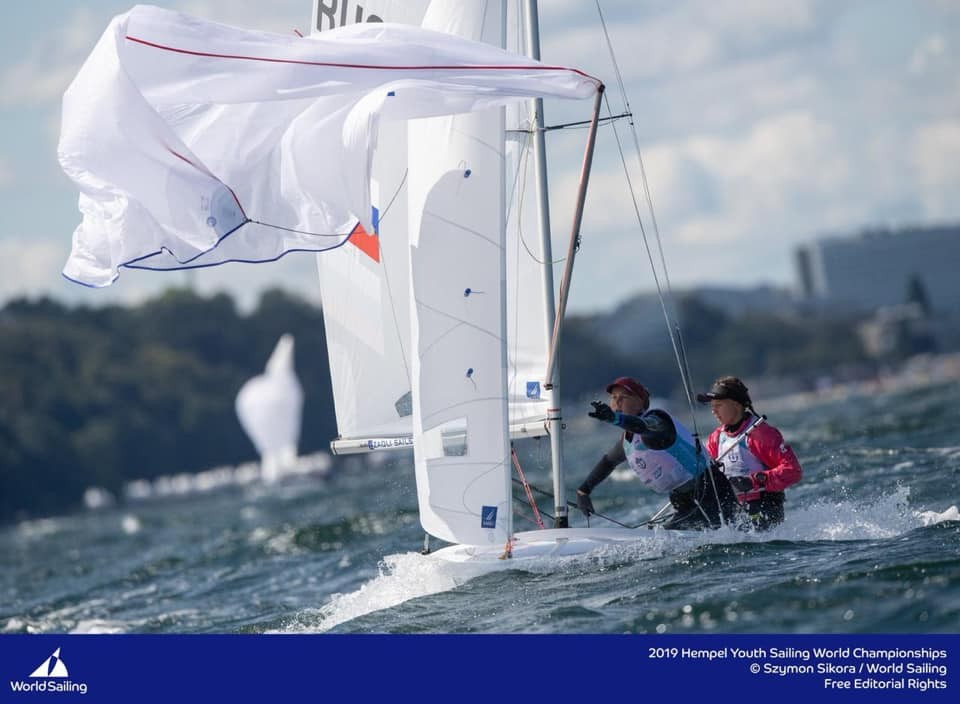 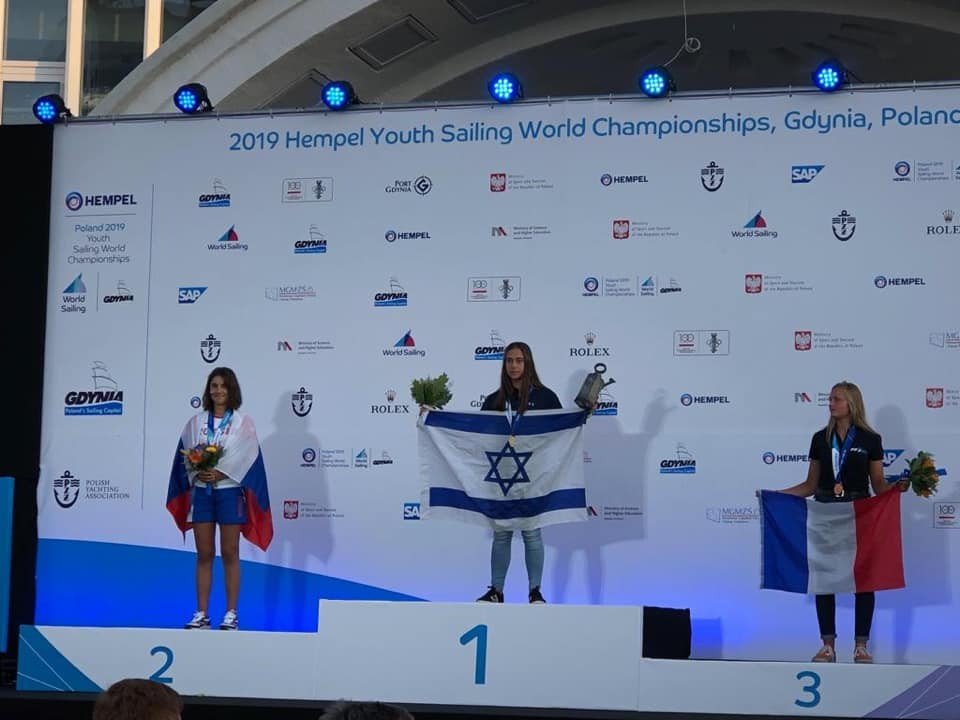 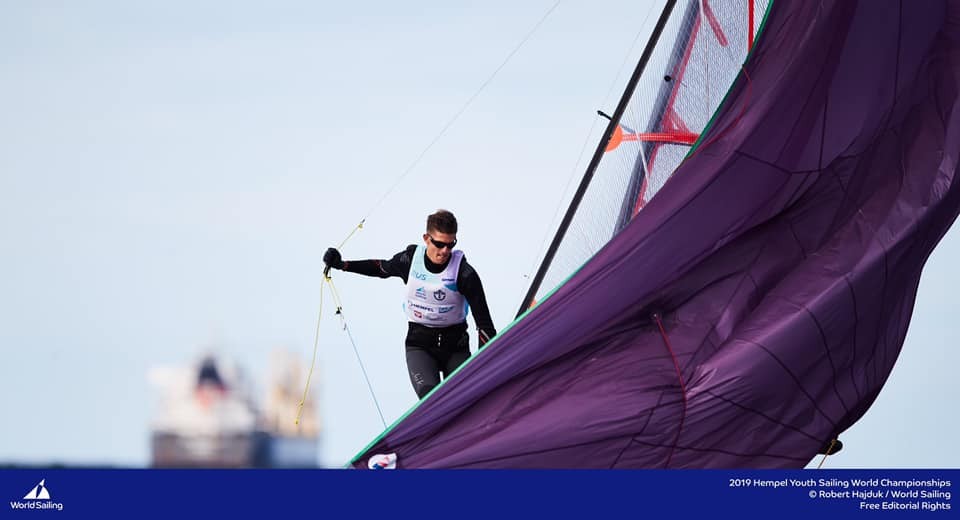 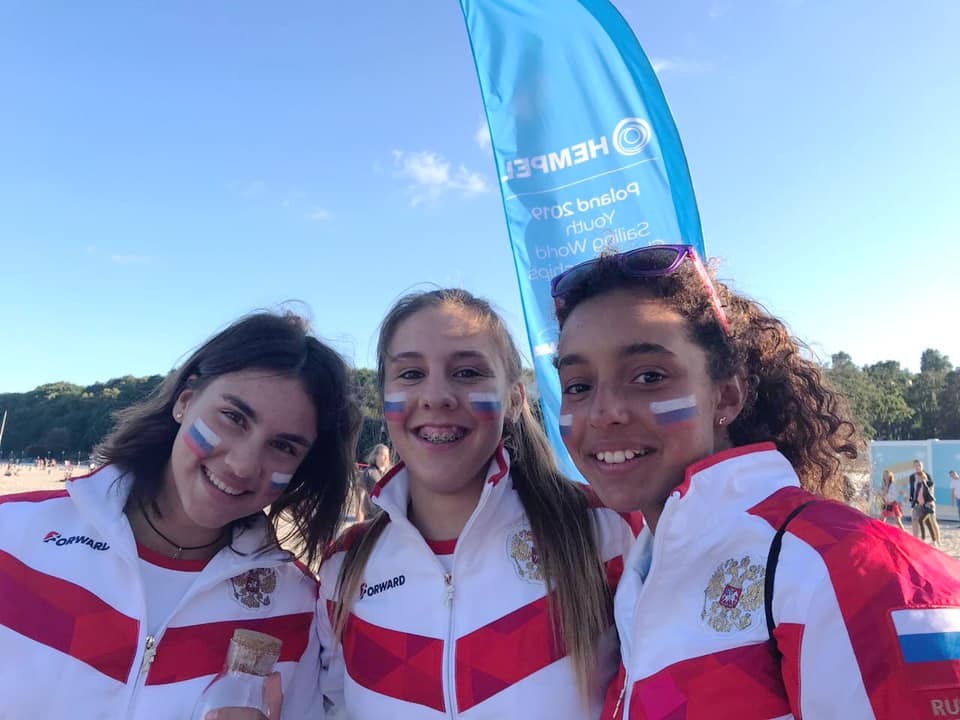 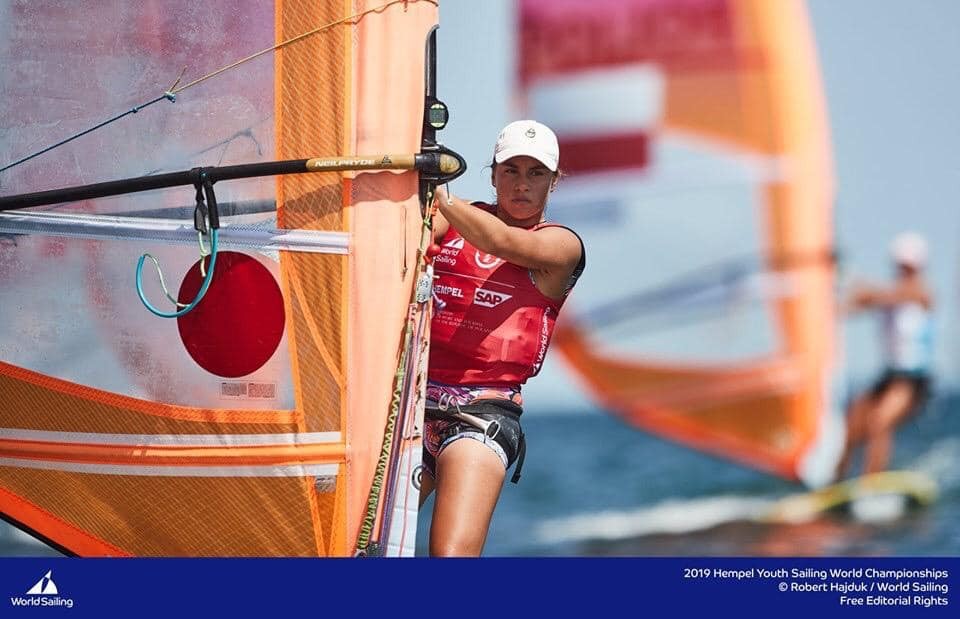 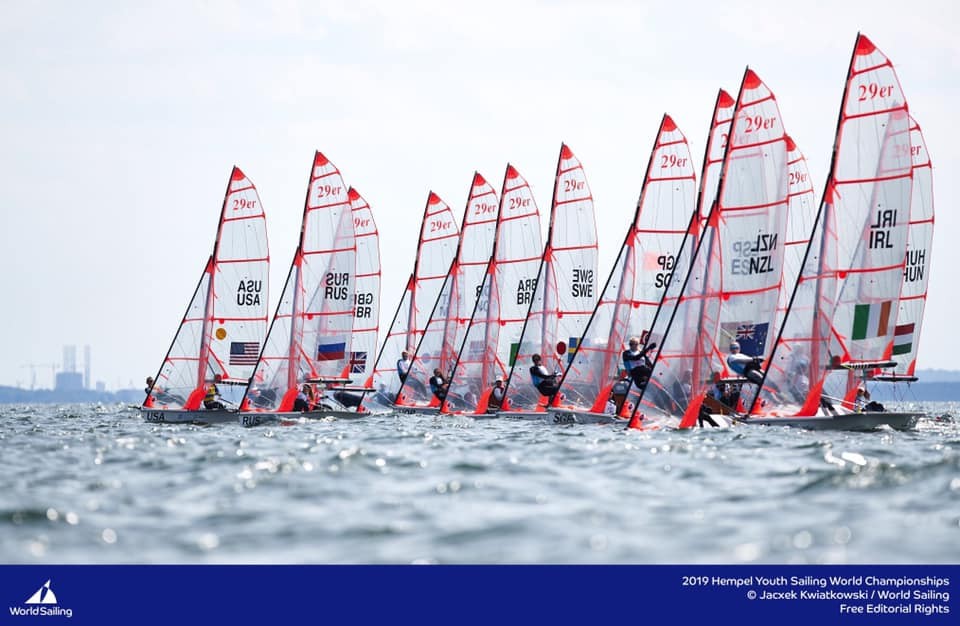 The World Sailing world championship is a special competition in the calendar for young athletes because it is the format of the Olympic games. From country in each class can be represented by only one participant. Besides, in all classes except the RS:X, the material part was provided by the organizers, to equalize the chances of all participants to win. This year we have assembled one of the youngest teams and all Russian athletes first participated in this competition, that is why for them it was especially exciting, and for some, it was actually the first international competition in their sports career! Our team was represented by almost all classes. It was not only the RS:X-men known for tragic reasons.

In Gdynia, Poland the competition was held in very difficult conditions. Wind situation in the area, demanded from the athletes increased concentration at constant changes of wind, there was no one like the race, each presented your surprise with the wind. The long wait of the wind, a difficult schedule of races due to the fact that in the class of 420 and “29th” Navy boys and girls raced at a time, using one boat per country and went to the beach to change. It was also at a distance RS:X and the “To 15”, where Navy chased at a time and the schedule changed on a daily basis. Athletes and coaches spent the whole day at the yacht club, and one day, on the course “29-x” the coaches have spent over 9 hours on the water. So the competition was held in one breath!

Of course, our main expectations were connected with Jana Reznikova – bronze medalist of the Youth Olympic games 2018 in “Techno Plus”. But we knew that Yana is the first competition in the Olympic class RS:X! Besides, she’s one of the youngest participants in the fleet and so it will not be easy. Ian very well through all the competition in the weather, which for her is not particularly comfortable, it showed the maximum result. She has held several first arrivals, and the other in the top three. The last day of racing was decided, what medal will receive Jan. Athlete confidently passed all three races, moving up from third to second place, and won a well-deserved silver medal!

In the class “Laser radial” part was very interesting – among young men experienced Sergey Doroshenko, who last year raced among athletes under 19 years old, and the girls team had qualified at the last moment (because of the forced replacement in the team), Alexandra Lukoyanova. She was the youngest participant of the world championship, she is only 14 years old. This year Alexander was well tetroxide in distilled at the European championship in the class “Laser 4.7” and among athletes under 19 years on “Radial”, although the age could “the Optimist” still chasing. This regatta for his age and experience was very good. It showed a stable result in different weather conditions, finishing the final 14th place out of 47 participants. Sergei, by contrast, started the regatta with a completely unnecessary “black flag” and were extremely unstable. He had a few good parishes, but most were for 20 bucks and sometimes for 30 coy. The result we had expected him much higher, because on the eve of the European Championships, he was 10th. was Really hoping and on superiority of the world will compete in the top ten, but that didn’t happen. As a result, 21.

The most experienced in our team at the world championship was the crew class “29th”. They have a lot of performances at international competitions. However, the crew of the Ilya Chuprin/Brovin Rodion is not enough stability in the race. Good that they were able to come at the end of the regatta. In its weather, the guys came in the top ten, which allowed us to climb to 13th place. But, we must also work on their fitness, add in strong wind, in order to consistently perform throughout the competition! Girls Victoria Lisanova and Pauline Peresipkina were more or less evenly, but mistakes in the race was. They are in the last day could rise to 8th place, but the competitors ahead of them, and as a result girls began a 10-mi.

In the 420 class and the “To 15” all Russian crew participated in the international competition for the first time! For them, this was probably the most difficult. On the one hand, the high results was not expected. On the other, I think, the guys set the bar high, so I was very motivated. However, the reality was more complicated! In the individual races they were able to fight in the middle of the fleet closer to ten, and sometimes came in number 10 first. I think it’s not bad! But, of course, lack of experience in smooth, strong Navy, when all the opponents are weaker than you. This is particularly evident at the starts and the first tacking.

Overall, we took the 14th place among the 66 countries! The result is the same as last year, given the fact that in 2018 there were two bronze medals, and the team was more experienced. Therefore, for beginners in the world championship, World Sailing, which was pretty good! I am glad that half of this team will have the opportunity to race in this competition next year, and this experience definitely will help them in the future. And I hope that all of our athletes got enough motivation to work even harder and move forward to future victories!

Universiade: our yachtsmen are sixth