December 30, 2019       Winner – Ichi Ban       The last 600-mile race of the year ends – the anniversary, 75th Rolex Sydney Hobart Yacht Race. 140 boats have already finished in Hobart on the Australian island of Tasmania. There are still 14 yachts in the race (three more have stopped fighting). At the same time, the winner according to the adjusted time is already known: this is the Australian yacht Ichi Ban (TP52) by skipper Matt Allen. The result of the Read more

Completed the last 600-mile race of the year – jubilee, 75-I, the Rolex Sydney Hobart Yacht Race. In Hobart on the Australian island of Tasmania have finished 140 boats. In the distance are still 14 boats (three more stopped the fight). The winner on corrected time is already known: the Australian yacht Ichi Ban (ТР52) skipper Matt Allen. The result of the team – 3 days, 4 hours, 11 minutes and 5 seconds. It is worth noting that in 2017 Read more Yesterday       Is Rothschild already a winner?       Only 1,150 miles remains to the finish line in the French Brest trimaran Maxi Edmond de Rothschild. It is safe to say that the skippers Frank Kamm and Charles Codrelier went to the finish line of the Brest Atlantiques race. Moreover, now they are flying forward at a speed of over 30 knots. The other two racers with a total length of 14,000 miles lagged catastrophically. Macif (Francois Gabard / Gwenole Gaine) is in Read more Yesterday       The winner will get a million!       On Friday, September 20, the final – fifth – stage of the international sailing league – SailGP, starts in Marseille. © SailGP All six teams participating in the 2019 races conduct intense training these days in the Marseilles waters, which many consider to be one of the most difficult in the world. Ahead of the crews, we recall, not only the final stage, but also the final (it will be held here on Read more

On Friday, September 20, in Marseille starts final – fifth phase of the international sailing League – SailGP. © SailGP All six teams participating in the race-2019, spend in these days of strenuous training on the waters of Marseilles, which many consider one of the most complex in the world. Ahead of the crews, as we are not only the final stage but the final (it will be held on Sunday, September 22), which will meet the two top teams Read more

In Kazan finished phase III of the National sailing League. His last battle was completed by the participants in the Highest division. Regatta project for the first time in history was conducted in the Republic of Tatarstan. Here is what the press service of the NPL. Sunday’s weather wasn’t presented to the permanent working of the wind, so the race Committee managed to conduct only 8 races. As a result, for all three days was held on 29 starts, three Read more Yesterday       Winner – "Lord of the Sail – ASIA"       In Kazan, finished III stage of the National Sailing League. The last to finish their battles were the members of the Supreme Division. The regatta of the project for the first time in history were held in the Republic of Tatarstan. Here is what the press service of the NPL tells. Sunday weather never gave a permanent working wind, so the race committee managed to spend only 8 races. As a Read more February 22, 2019       The winner is known       Officially announced that the American yacht Volvo 70 Wizard (owners – Peter and David Escue) became the winner of the RORC Caribbean 600 regatta, having covered a 605-mile distance in 1 day, 19 hours, 38 minutes and 44 seconds. Skipper Wizard, as we wrote earlier, is 35-year-old Charlie Enright, who is well known for his performances in the last two Volvo Ocean Races. Tracker and preliminary race results – http://caribbean600.rorc.org/Tracking-Players/2019-fleet-tracking.html 382 February 22, Read more 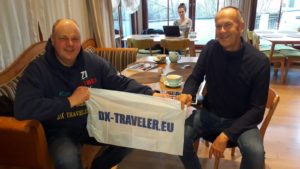 April 15, 2019       Interview with Uku Randmaa, participant and winner of the Golden Globe Race 2018 Just a couple of days ago, our good friend Dmitry Sinitsa (DX-traveler) – the man who helped assemble the radio support team of Igor Zaretsky – met with another member of the round-the-world regatta Golden Globe Race, Uku Randma. At our request, he asked him a few questions. JS: What feelings do you feel now, almost a month after the finish? Was there time Read more 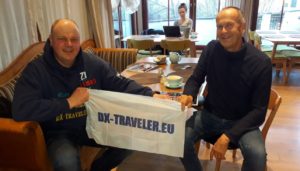 Just a couple of days ago, our good friend Dmitry Sinitsa (DX-traveler) – the person who helped to assemble a team of radiodense Igor Zaretsky met with another party round the world regatta Golden Globe Race, UCU, Randy. At our request he asked him a few questions. DS: What do you feel now, after almost a month after the finish? It is time to think and realize what you’ve done? UR: these are two very different situations for a person Read more