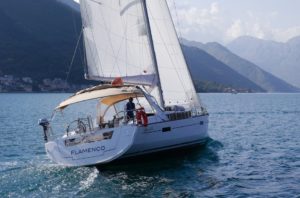 Became known some details about the team of Holland – the last, the sixth Challenger for the America’s Cup -2021. That America’s Cup, a draw which will take place in 2021, will attend the Dutch team, became known in early December-2018. But information about the new Challenger is almost not there. Is that something that formed the application two Dutch yacht club-the Royal Netherlands Yacht Club Muiden and the Royal Maas Yacht Club. And now, a month later, the public Read more Private manufacturer of submarine Triton Submarines sights on a bold project: the American company announced the launch of the expedition in the deepest places of the five oceans. The tour will leave the bathyscaphe 36000/2. Manned underwater apparatus, under the control of the founder of the research company Caladan Oceanic Victor Vescovo (Victor Vescovo) will descend to a depth of 11,000 meters. The submariner would become the discoverer of these places. Deep-sea submarine vessel with extra security will visit the Read more