Yesterday       Absolut on the podium!       Here is what the press service of the SB20 Class Russian Association reports on the results of the Grand Slam France 2019 regatta in Hyeres: Congratulations to the Absolut team (Igor Ginzburg, Andrey Klochko, Zhanna Manukyan, Hugo Rocha), who took third place at Grand Slam France 2019! The regatta, which became the dress rehearsal before the World Cup, ended in Hyeres. An unconditional victory was won by the French Give me Five, which accounted for Read more 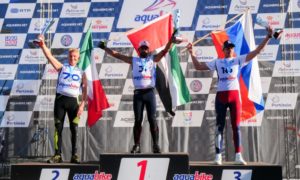 From 10 to 12 may at the Portuguese Portimao hosted the first stage of the world championship — 2019 aquabike. Bronze award in the discipline of “freestyle”, the most effective for our team brought a 17-year-old Sergei Chemezov, the operating champion of Russia. In his early years he has fulfilled the master of sports. In 2018, the athlete won the main Russian competitions: the Cup of Russia in Tver and the championship of Russia in Gelendzhik. Earlier stage of the Read more 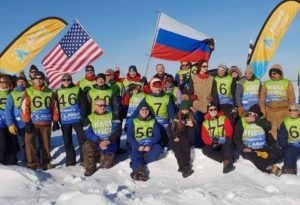 As soobshaet St. Petersburg sailing Union, USA on lake Winnebago ended the world Cup WISSA 2019 winter sailing. The competition was held in three classes – Snowkiting, winter Windsurfing and wings. The results of the St. Petersburg athletes: Andrey balyakin – 1 a place among the masters (athletes over age 35) and 3rd place in the overall standings in the discipline a course-flight (snowkite) Maria ryzhankova – 1 among women in the discipline a course-flight (snowkite) Elena Radionova – 1 Read more