Yesterday Across the Atlantic – to congratulate father Here is an amazing story that is much talked about in Argentina.

That’s an amazing story, about which we hear a lot in Argentina. A resident of this country’s 47-year-old Juan Manuel Ballestero – hereditary fisherman since childhood, he dreamed of distant travel. And therefore there is nothing surprising in the fact that he was far from home: destiny brought him to the island of Porto Santo is the northernmost and the easternmost island of the archipelago of Madeira. He lived there himself and lived, fished, not really paying attention to what Read more 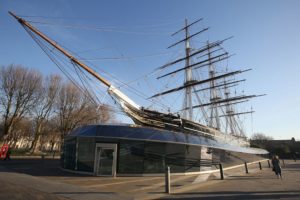 February 13, 2019       It's time to congratulate Cutty Sark!       The only remaining tea clipper – Cutty Sark – celebrates its anniversary. The famous ship is 150 years old! And the celebrations will last a whole year, since the construction of the Cutty Sark began in February 1869, and on its first voyage – to China for tea – the ship departed exactly one year later, in February 1870. And now, during the whole year, various events will be held – Read more