Today       Thus began the famous race       Yesterday, we informed readers about the new project of the Yacht Russia website. From now on, every day we bring to your attention one material – from those that were published on the pages of our magazine in different years.

A few hours remain before the start of XXIII the Saint-Petersburg sailing week (sppn) and the championship of Russia in the national cruising racing yacht class “L-6”. Sppn is one of the oldest regattas in Russia, Dating back to 1898. Last Tuesday, held a meeting of the credentials Committee, the results of which to participate in the race said 33 crews of the boats from St. Petersburg and other regions of Russia. The size of participating boats range from 16 Read more 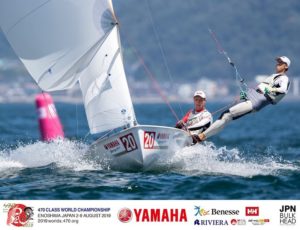 Today       The final race began       On the Japanese island of Enoshima, where the Olympic sailing regatta will be held next year, the world championship in class 470 continues. Today, both the men and women had the first three final races. Our Pavel Sozykin and Denis Gribanov finished in them in 20th place (the result went to the ejection), 3rd and 14th places. And now they occupy the 11th position in the overall standings (57 points). In the list of applicants Read more

Over a month before the world championship in the discipline of “match racing”, which will be held from 11 to 17 August in Ekaterinburg and entered the list of the most significant events of the Ministry of sports of Russia, the press service of the Provincial yacht club “Komatek” started to get our readers acquainted with the future participants of the regatta. The first crew was from Australia. The skipper of the team – Tom Grimes. He and his Shkotovo Read more 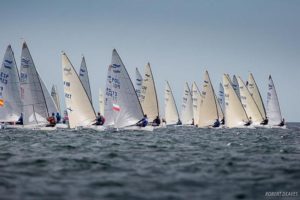 June 10, 2019       Krutskih also began with a victory!       In the suburb of Copenhagen – Skovskhoveda – on Monday started the world championship Finn-Masters. Russia is represented by six riders, including two-time world champion Vladimir Krutskikh. And here's the good news: it was Krutskikh who won the first race of the tournament. Well, as they say, a good start is half the battle! We also note that Felix Denikayev finished tenth. In the regatta, which will end on June 14, Read more Co-founder of the Agency design yachts Nuvolari Lenard Dan Lenard (Lenard Dan) 20 Jan came out of the Spanish port of El Puerto de Santa Maria (near Cadiz) for 10-foot “environmentally superior modern sailing boat” Vela 33 Scia, is not equipped with navigation systems (including the compass) and any electronics. His goal — per month to cross the Atlantic ocean and arrive in Miami (USA), which will be held on February 14-18, the Miami Boat Show. The start date of Read more Briton Alex Elley (Alex Alley) for more than 10 years preparing to go on a single non-stop circumnavigation. He wants to break the record in 2013 for boats up to 12.2 meters, which belongs to the Chinese sailor Guo Chuan (Guo Chuan): 137 days, 20 hours, 1 minute and 57 seconds. To raise money, Elley 2005 sold pixels — squares of 5 cm — in the case of my boat Pixel Flyer and place on the website that sponsors filled Read more Austrian shipyard SILENT-YACHTS started construction of the first three 24-foot catamarans SILENT 79 ocean class solar based in Italian Marotta. The design of the project concept, the founder and CEO of SILENT-YACHTS Michael Kohler (Michael Köhler) was engaged in Marco Casali (Marco Casali) from Too Design, naval architecture developed Castillo Enrique (Enrique Castilla) from Insenaval. SILENT 79 will be the flagship of the shipyard. SILENT 79 can be called a new stage in the evolution of past models of the Read more