On the Gulf of Finland today launched a drawing of the “Silver Cup 2019” in class “Dragon”. As reported http://russiandragon.ru traditionally it takes the yacht port “Hercules”. 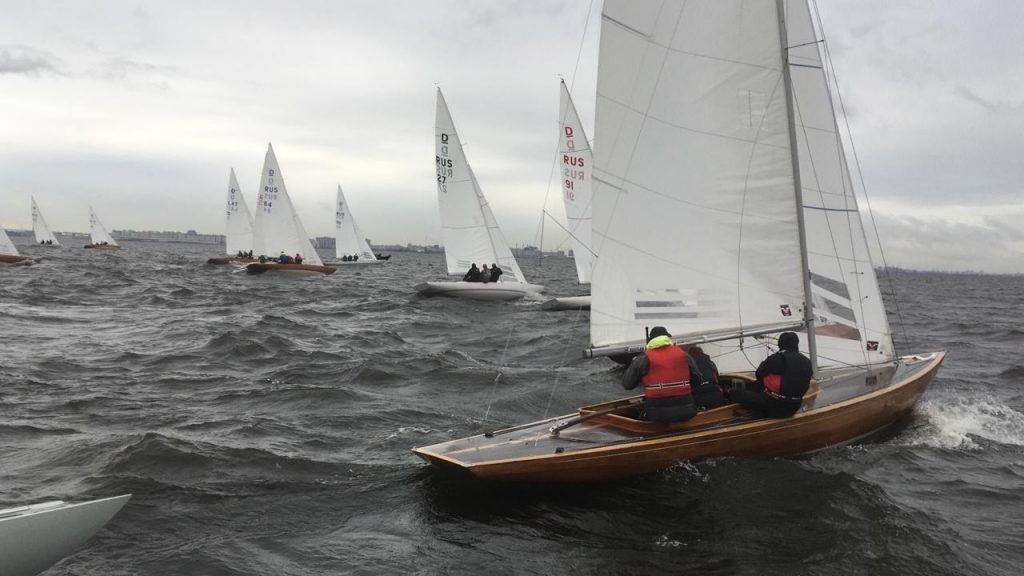 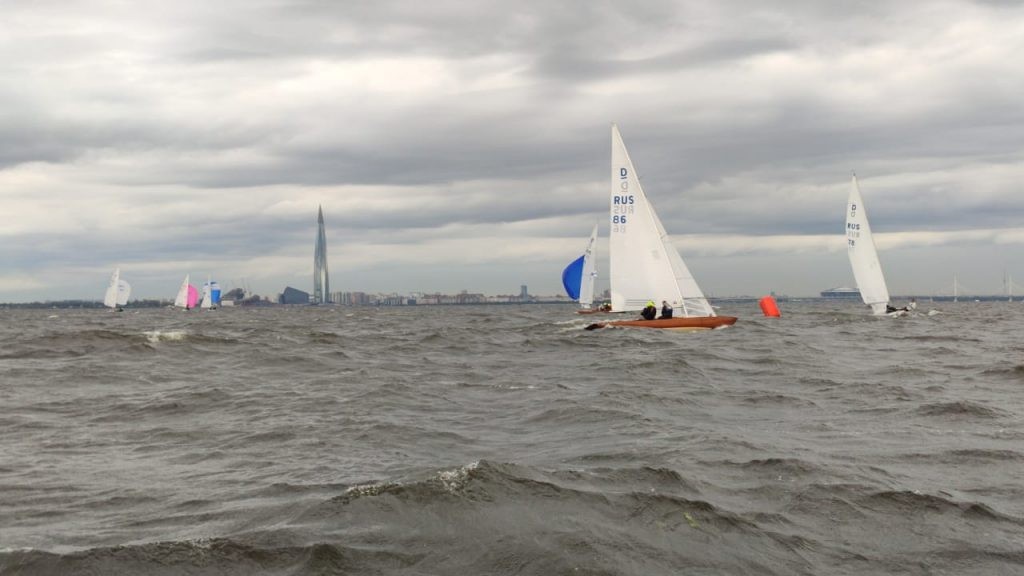 Race registered teams from St. Petersburg, Moscow, Vladivostok and Jurmala, including the winner of the last draw command Annapurna (RUS 27) Aleksey Murashkina on the steering wheel.

The judges gave the start of the first race right on schedule, at exactly 12:00. On the course established South wind speed 12-13 knots, with gusts to 16. All 15 teams that came to the starting area started clean.

After first looked like a upper sign of the first team out of the Russo Orient Express (RUS 91) Yuri Skripkin and Lucky-Lucky (ENG 55) Yuri Kulikov, then with a small margin Bagnoles 18 RUS Yulia Grigoryeva, RUS 27 Alex Murashkina and 32 RUS Maxim Gankevich. This five and continued to fight for the victory in the race.

On the lower gates the situation has not changed, although 27 RUS managed to win back one position.

For full course experience any problems with the Spinnaker boats Oksana Rennie (19 RUS) and Igor Mironenko (RUS 21), but the team stayed in the race.

After the second looked like a struggle for the leadership is heating up. Russo Orient Express (RUS 91) skips forward Kulikova (RUS 55) and Murashkina (RUS 27). Remains the finish line. Here, the experience takes up. The first crosses the finish line of last year’s Cup winner – the team of Annapurna (RUS 27) as part of Alexei Murashkina, Vadim Statsenko and Vladimir Ikonnikov. In the second place Yury Kulikov (RUS 55), Yuri Skripkin (RUS 91) in the third.

To the beginning of the starting procedure the wind increased and gusts up to 20 knots. However, the start was as clean as in the first race. But in this second race, the intrigue, and if preserved, then only in the fight for bronze.

Apparently inspired by their victory, the team of Alex Murashkina (RUS 27) decided not to miss the benefits and the first sign came with a large margin from his pursuers. Next, a dense group Bagnoles RUS 32, 55 RUS, ENG 21 and ENG 18.

On the lower gates the advantage of “Annapurna” RUS 27 () increased even more. Team Maxim Gankevich (ENG 32), which ran second, was also able to break away from the rest of the fleet. Yuri Kulikov (RUS 55) held on for third place, and fourth place rose team of Anne Basalkina (LAT 3).

After the second looked like the leading positions remained the same stable. On the sign — RUS 27, 32 ENG. And only Igor Mironenko (RUS 21), again ahead of Anna Basalkina (LAT 3), tried to fight for 3rd place with 55 RUS. And his struggle has given result. Solving problems with the Spinnaker that came to the team in the last race, Igor at the finish line for a second, but was able to bypass by Yuri Kulikov (RUS 55) and was in this race in third.

The full results visit the regatta —

Wrong side of a life of luxury yachting blogger