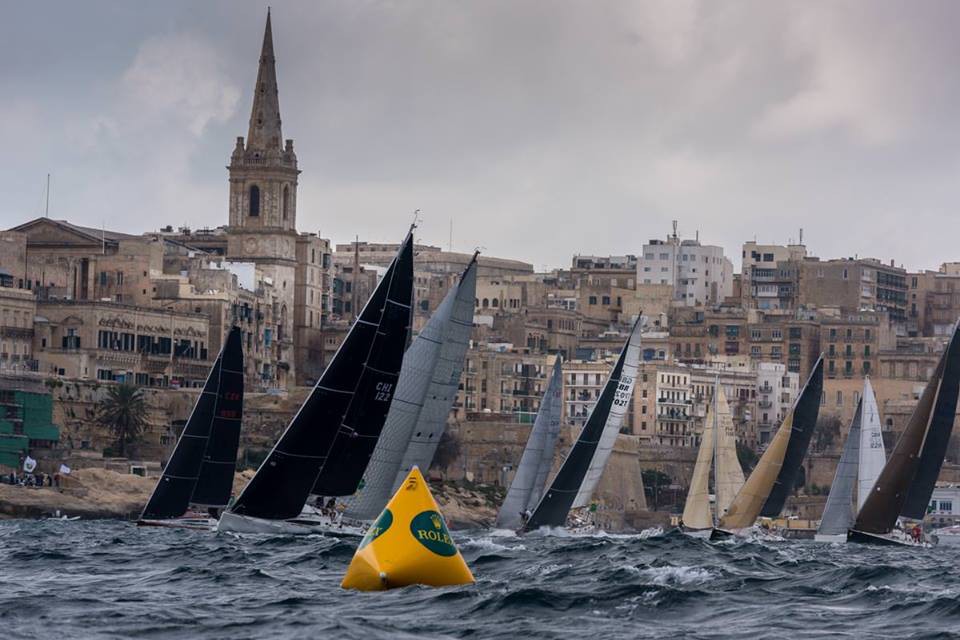 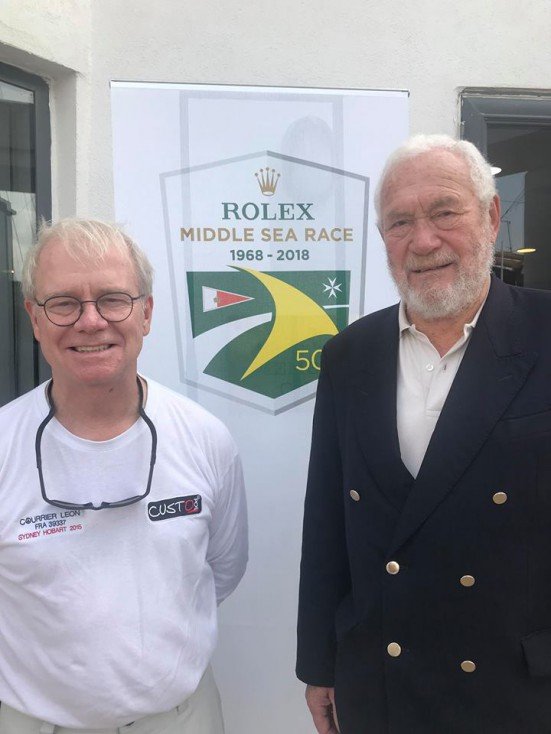 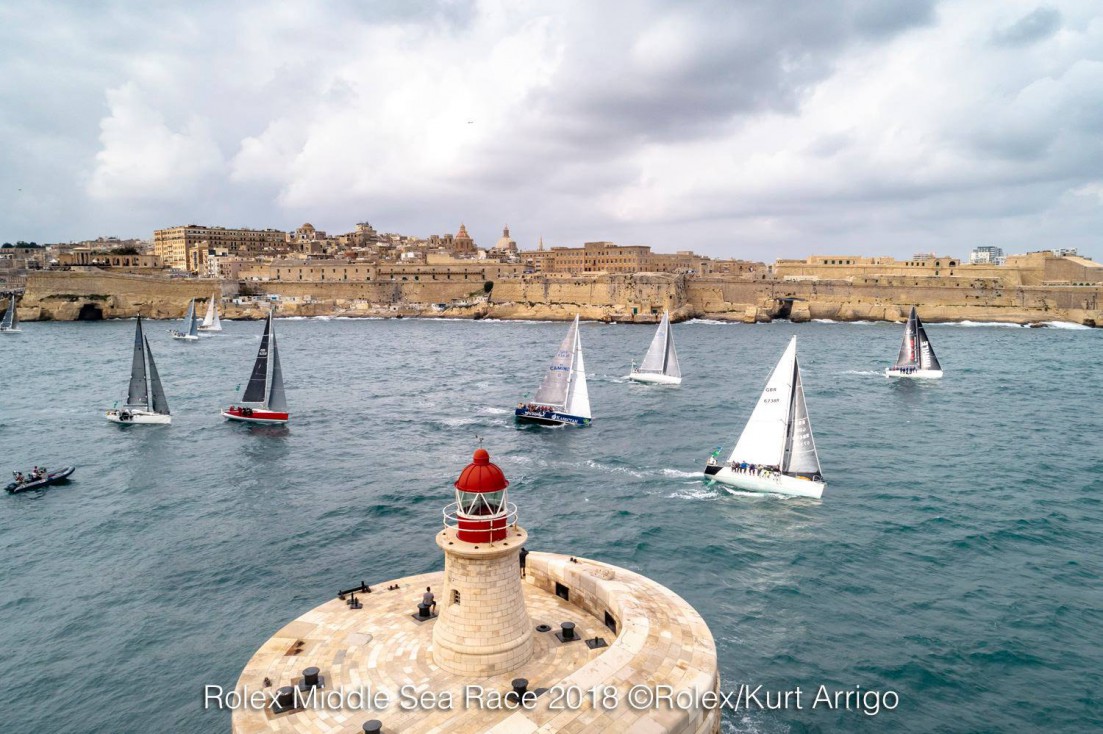 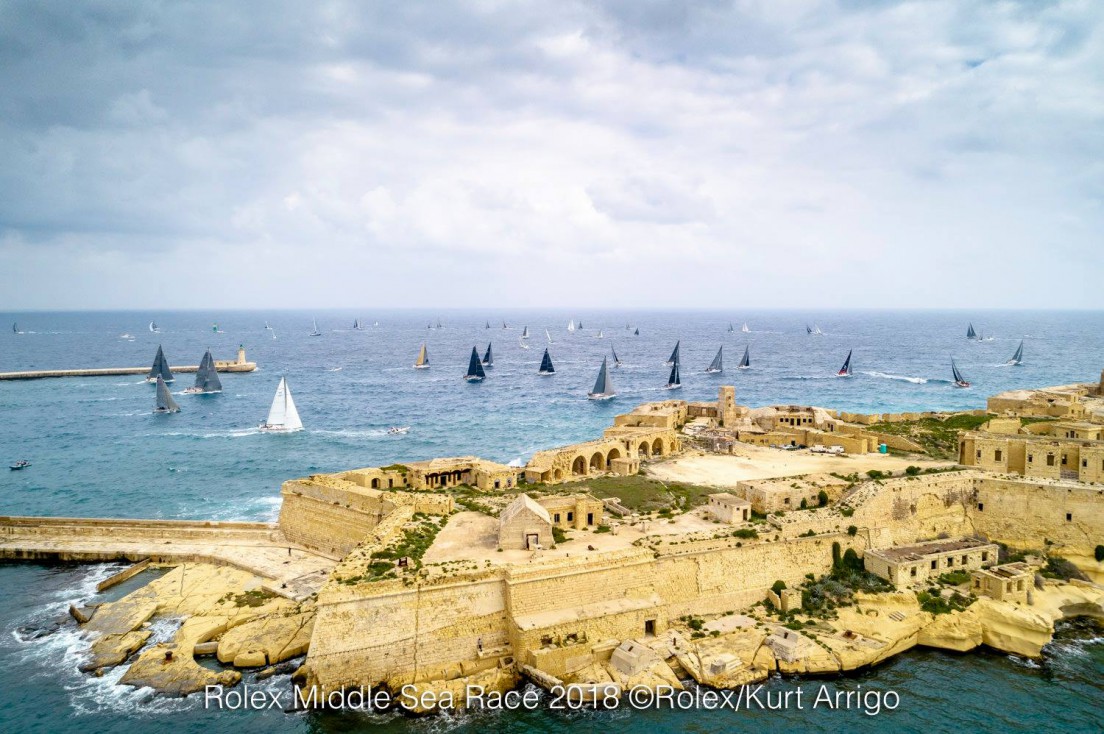 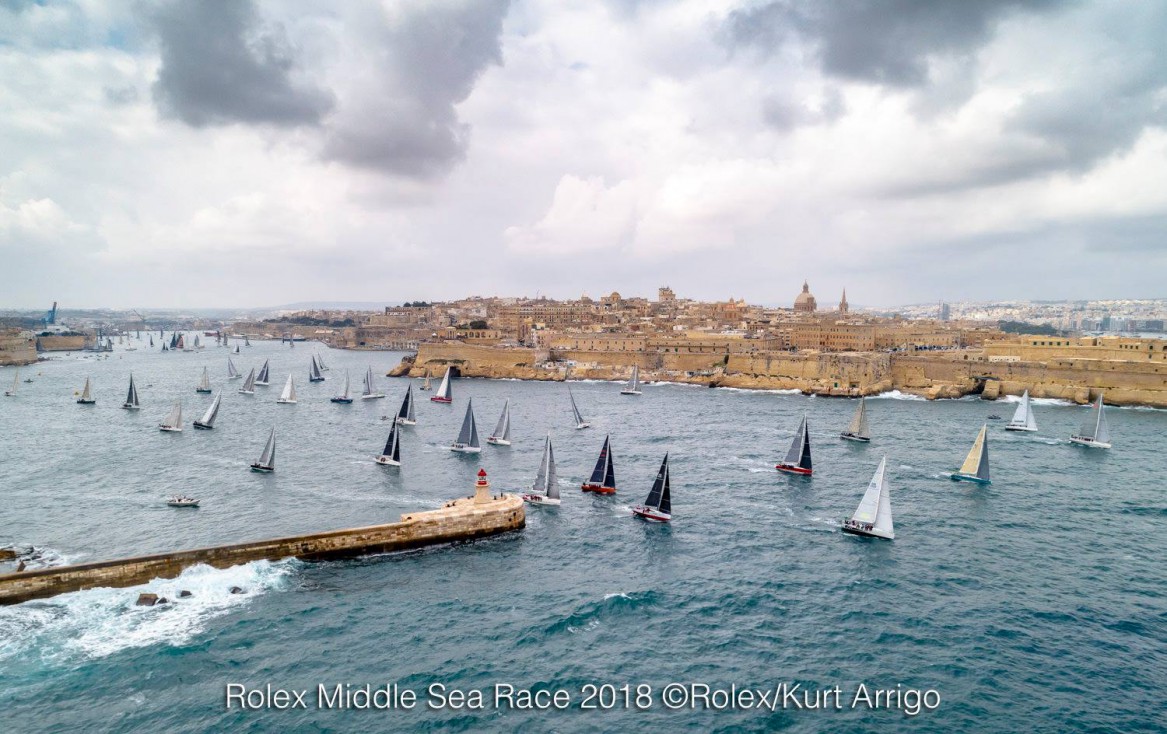 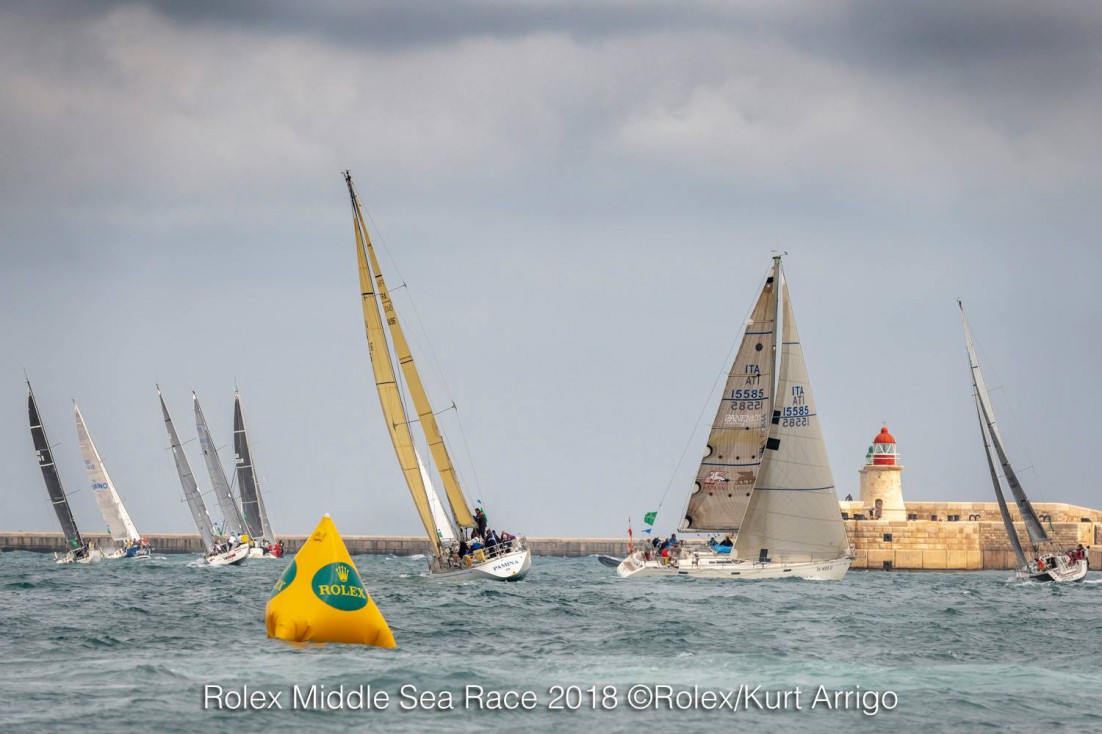 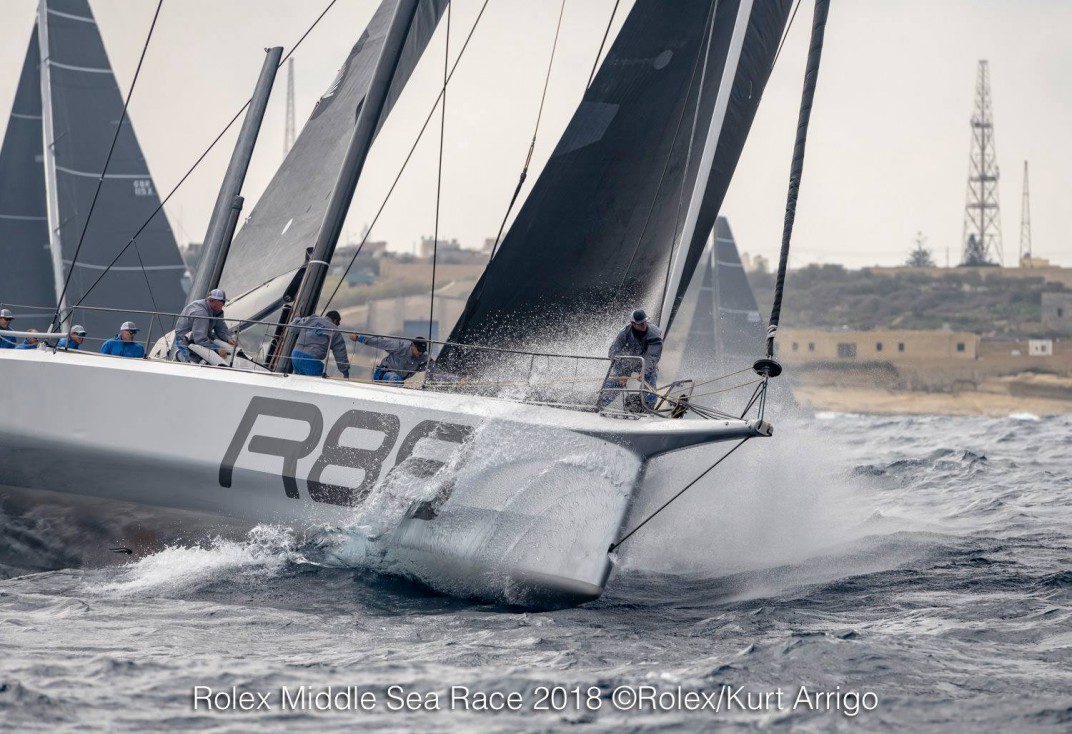 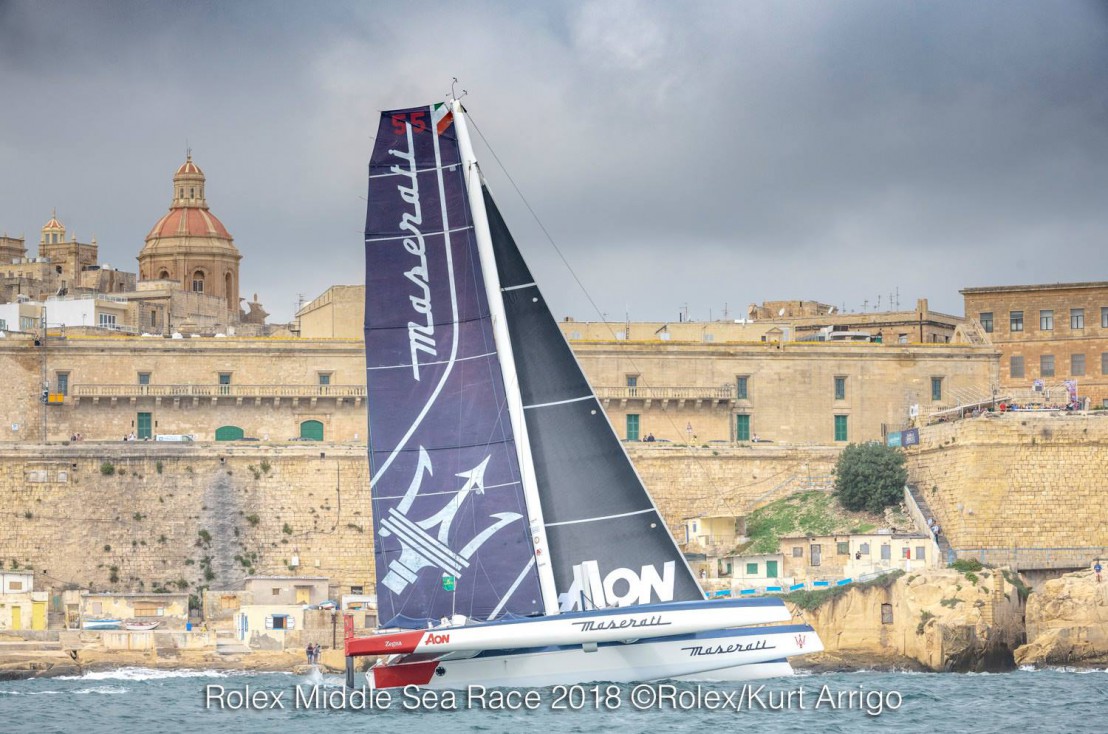 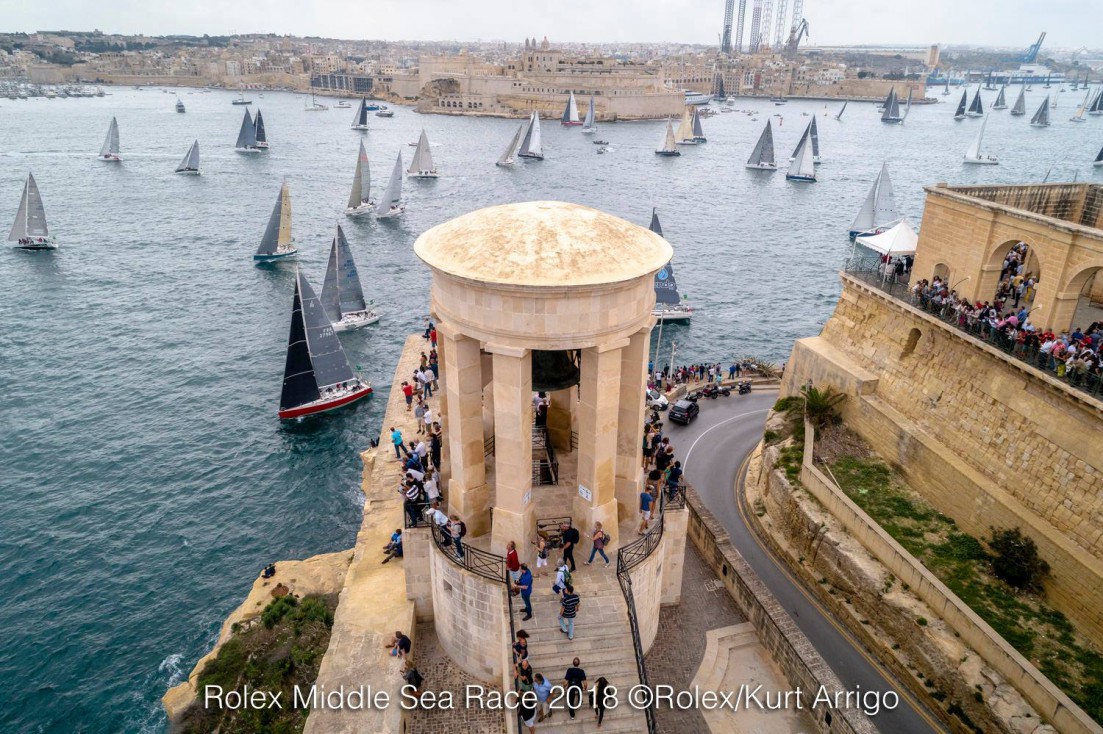 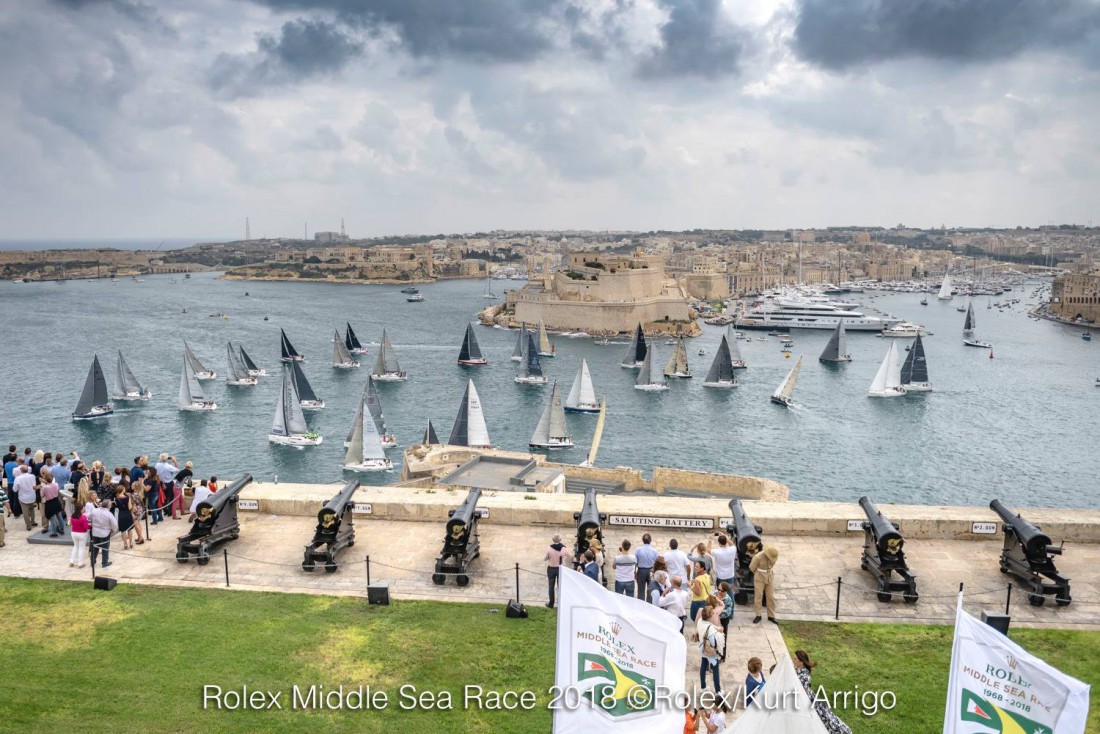 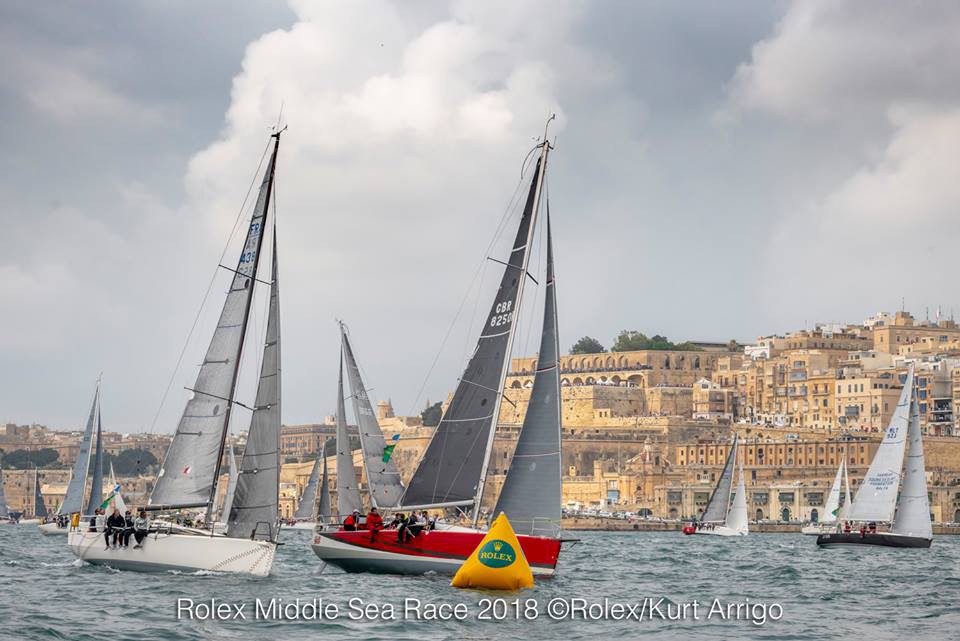 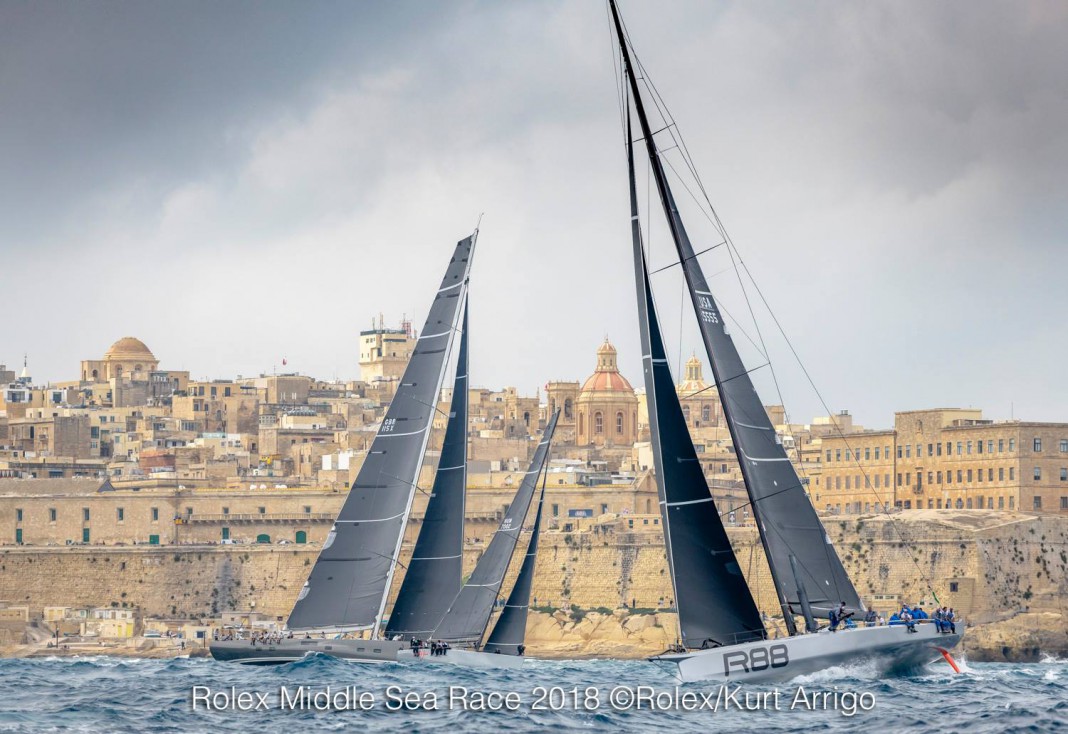 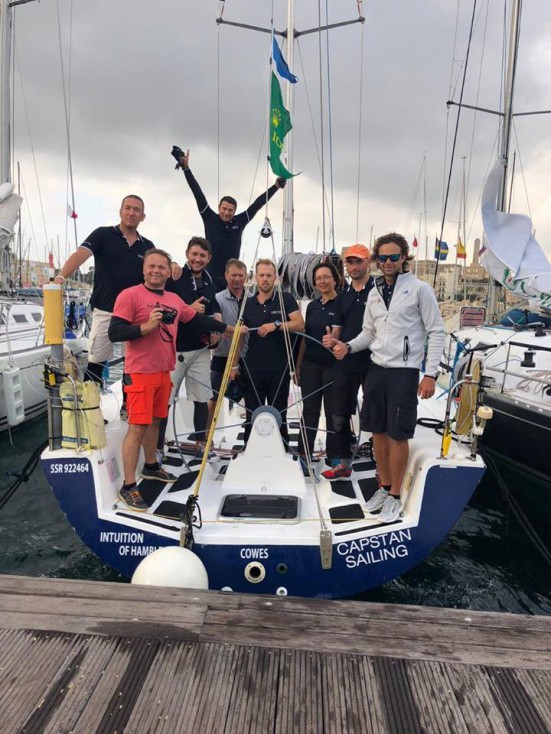 Start for each of the seven groups were traditionally given gun saluting battery located on the wall of the fortress. She also pointed out one end of the starting line, the second was Fort St. Angelo on Vittoriosa, on the opposite side of the Bay of Grand Harbor.

Moderate 15-knots North-easterly wind dispersed the unpleasant wave faced by participants, going beyond the breakwater protecting the Bay. The distance left mnogoyarusnyi. Four boats of this small class are two competing couples – two MOD70 trimaran PowerPlay and Maserati, as well as two impressive catamaran with a length of over 20 meters – Allegra and R-Six, will battle against each other.

Then came the turn of odnoklubnikov. First started small and slow boats. And in group 6 included three teams from division Double Handed, including the crew of the yacht Bogatyr Igor Rytov – winner last year in the overall standings.

The last starter crossed the line eight Maxi yachts, ranging from the 115-foot giant Nikata and ending a three-time winner of the race 88-foot Rambler 88, led by its owner George David.

Starts other groups was no less exciting. Sir Robin Knox-Johnston, who was present as guest of honour at the starter battery could not resist shouting: “This is a truly impressive sight; what a great place to start the race”.