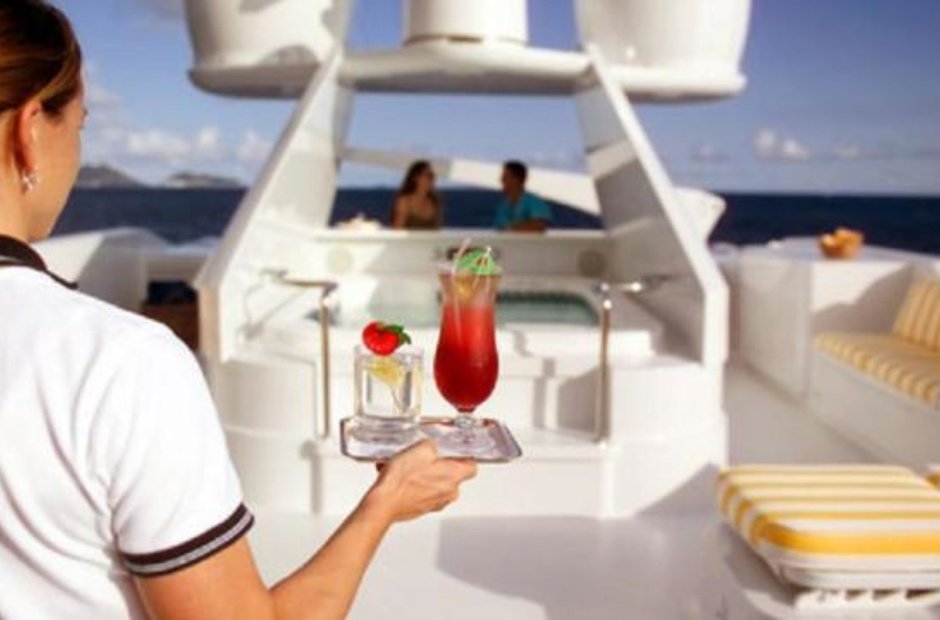 In reality is the life of the crew on Board superyachts

Work on the superyacht promises a six-figure salary, a vivid trip to the best places on the planet and endless parties with the cream of society. This method of earning is becoming more and more popular among young people. They tend to work sailors, stewardesses and captains on luxury ships to travel the Mediterranean and Caribbean seas.

The recruitment agencies are positioning these jobs as an opportunity to experience an unforgettable adventure and earn up to $195 thousand in the year (depending on position and size of the vessel), which also are not taxed. 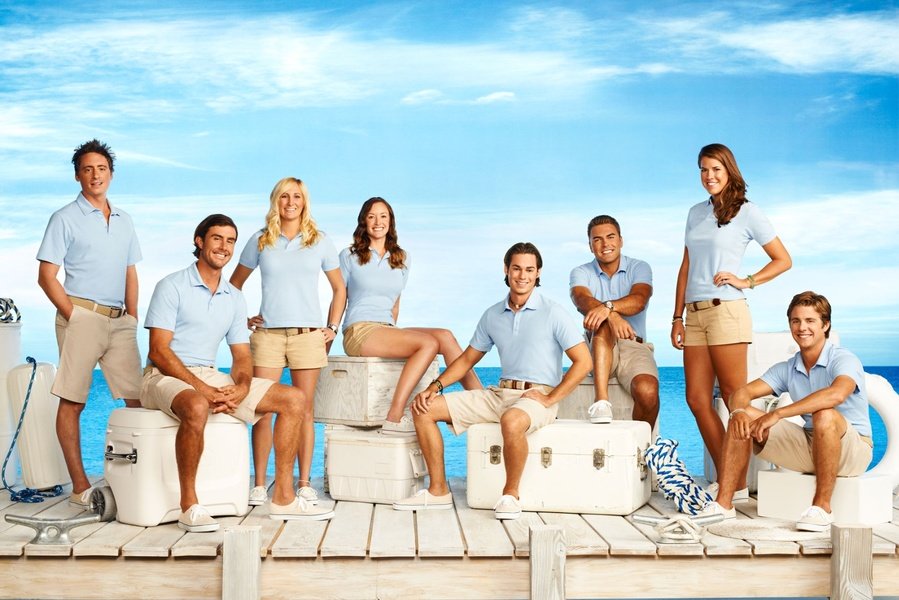 But no matter how glamorous and brilliant nor looked superyacht, the real life of the crew on Board far from serene, and contrasts sharply with pleasure, intended for the owner and his guests.

The mysterious death of Sydney model Sinead McNamara (Julie McNamara) the 92-foot boat Mayan Queen IV in Greece has forced the public without rose-colored glasses to look at the realities of work in the crew.

20-year-old Instagram star has worked on a superyacht worth $195 million in just four months. Her body, wrapped in a ship’s ropes, was found about two o’clock in the morning of August 31. 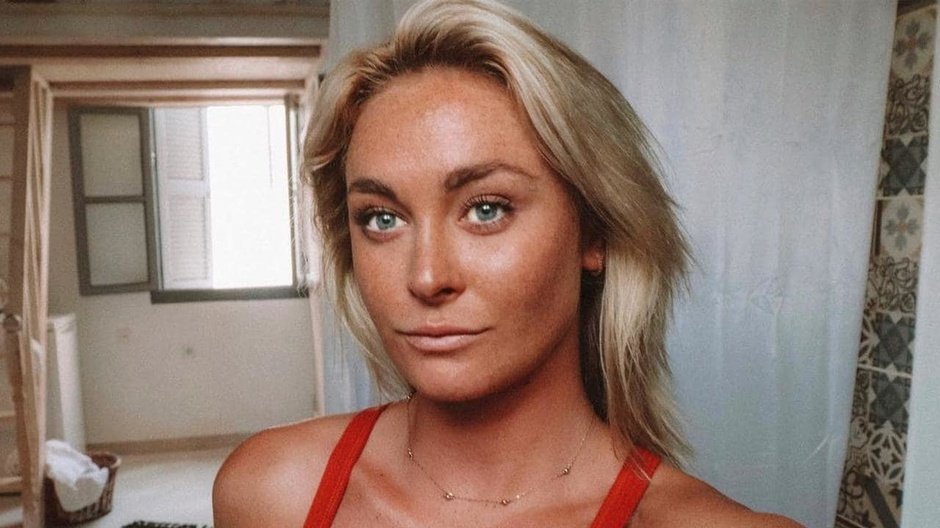 At the time of the tragedy, the boat was anchored off the coast of Kefalonia. The girl was on Board in the company of their colleagues. The owner of the 92-metre yacht, the Mexican businessman Alberto Bailleres (Alberto Baillères), left the ship two days before the incident.

After the incident, everyone’s attention was attracted by a post in Instagram, which Sinead was published a week before his death. She placed her photo, once made a Quad in the mountains, with the caption: “Today in my head a complete mess. Take me back to the days when my only concern was not to cut out his skull”.

View this post in Instagram My head is all over the shop today 🌪🌋 take me back to this where my only worry was not cracking my skull open 💉
Publication of Salt 💦 Bby (@sineadmcnamara) Aug 19, 2018 6:07 PDT

In the basic version of the investigation, the model died from suffocation in a suicide attempt. Only it remains unclear what made a young, beautiful, wealthy girl, bathed in the rays of glory, to take such a step? Given this issue, the Australian journalists questioned former employees of the service sector to the courts about how in reality is the life “below deck” superyacht. 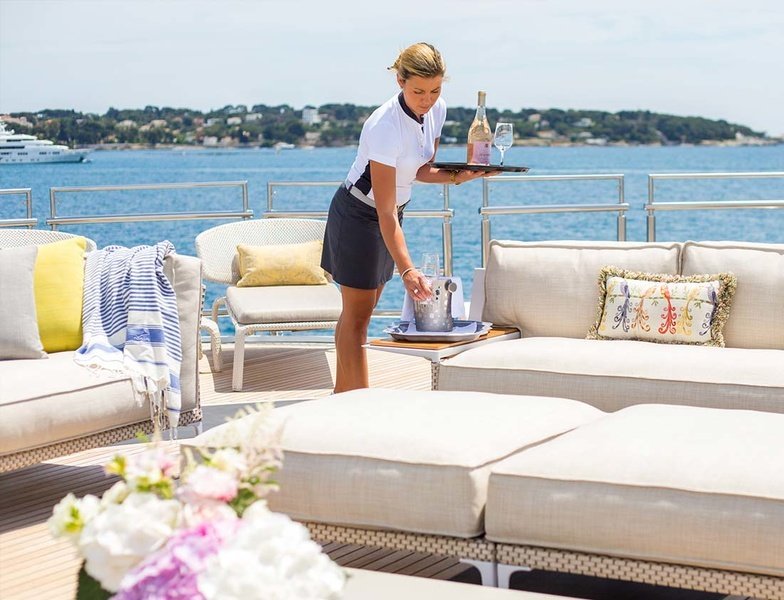 In an interview with Sarah Begbie (Begbie Sarah) said that he had a job as a hostess on a multi-million dollar yacht Trinity in South-East Asiawhen she was 23 years old. The girl expected from the work of champagne and an endless night of partying, but in the end was not what I dreamed of.

In her daily tasks, among other things, was to monitor everything that applies to food and beverages, as well as all the chores, including cleaning cabins, Laundry for guests and crew members, account management, accounting, and inventory control.

“Just imagine a yacht with a length of 50 meters, consisting of six cabins for the crew, the forecastle, the galley, seven guest cabins, eight guest bathrooms, main salon, dining room, lounge and bridge. All of this — me and two stewardesses, we were responsible for the cleanliness 24/7, while providing food and drink sometimes up to 11 crew members and 16 guests. It was hard work,” says Sarah.

working 16-18 hours a day, what little spare time that remained, the girl spent for the solution of personal issues and problems in a small cabin, which for the size was smaller than a prison cell. 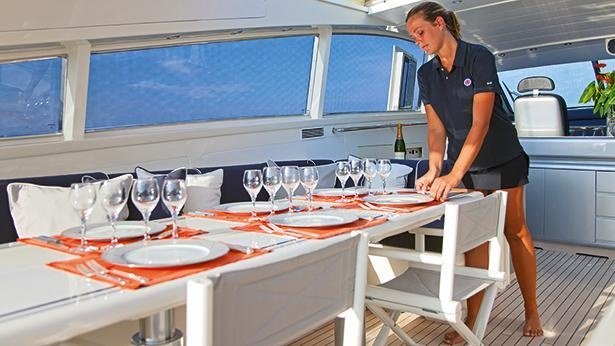 However, the service on Board the yacht and had some advantages: once on the birthday Sarah received the gift of Armani watches and was invited by the owners of the yacht for a luxurious dinner. Also through this work she received the opportunity to experience how they live very rich people.

“On Board there was always a lot specially invited the girls to take single men, and it was girls who looked like they just stepped off the catwalk of Victoria’s Secret, — the girl tells, — we were surrounded by crystal clear water and deserted white beaches as far as the eye can see. And despite the fact that during the Charter it is difficult to appreciate the beauty of this in my free time and breaks — it was amazing.”

Sarah received a little over $4.5 million per month, significantly less than the average salary of flight attendants on other ships — $5.5–8 thousand in addition, working on a private yacht, she was deprived of the opportunity to earn tips, which get the crews of Charter yachts, increasing due to this your income up to $10 thousand for the week.

In General, the salary of team members varies quite strongly at the time, as captains can earn from $75 thousand to $195 thousand in the year, men earn an average of $24–$51 thousand and their work is very heavy. In addition to the service owners and their guests, who often protect yourself with nondisclosure agreements, the crew shall contain the multimillion-dollar ship in first-class condition. 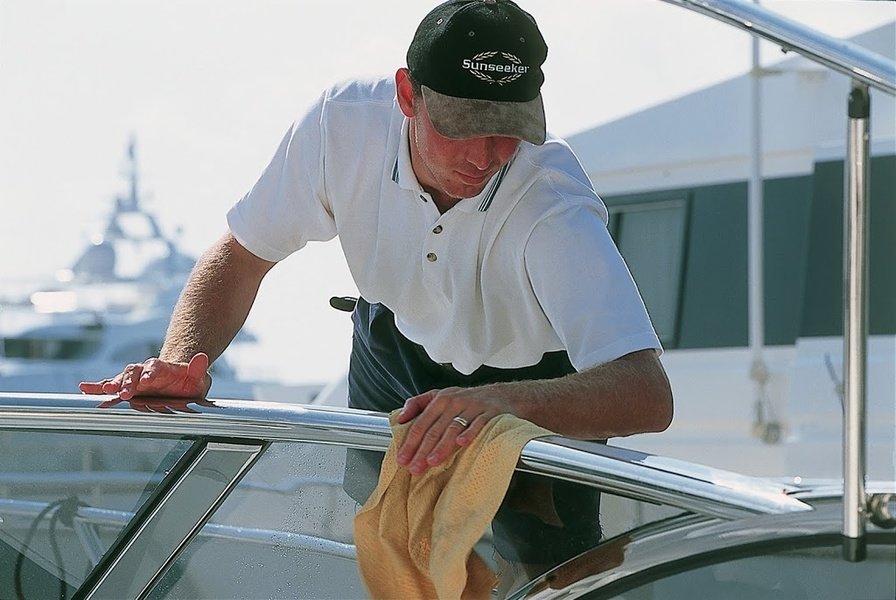 Former sailor Alex spent six months on the new 37-metre superyacht, he calls his position “glorified janitor”. Every morning he had to remove condensation and Polish everything to an absolute Shine.

“When you are painting, you apply one or two layers, and 10-12 — said Alex. Is required to keep the boat in immaculate condition. The yacht worth millions and millions of dollars, so you are expected to have maximum impact”. 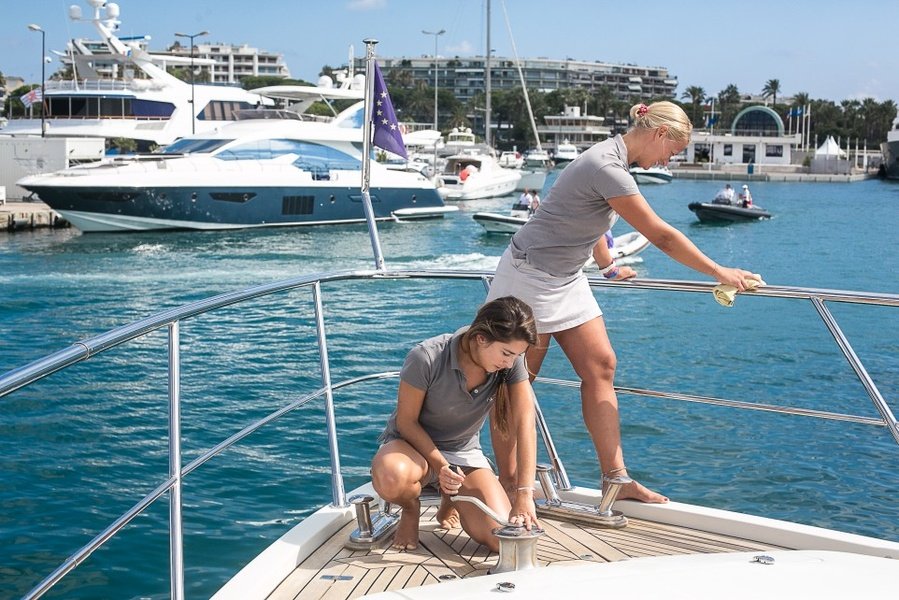 Also shared their experiences Silcox Bethany (Bethany Silcox): “You can’t imagine some incredible luxury yachts. You can’t even imagine how much money these people have is insane”.

In the position of stewardess girl for three years, has changed several superyachts. They belonged to rich businessmen and even Royal family from the Middle East. Some of the yachts were rented and the cost of weekly Charter amounted to fabulous sums, up to $1 million per week, not including the cost of food and fuel.

“The longest day, which I had, lasted for 25 hours, my longest stay in the sea was 40 straight days without stepping foot on land,” says Bethany.

Another former member of the crew — Sarah, worked in the industry for more than five years, she calls this work “pressure cooker below deck”. Started girl with small private boats in Valencia, and then got on a huge superyacht, which was served to fifteen man crew.

“A lot depends on who rents a boat, who owns it, who will work with you as a team. You’re far away from friends and family. You in conjunction with a crew of fifteen people — they eat, sleep, live and relax. On the one hand this may seem exciting, but you work for 12-16 hours each day. The situation is very tense, and you feel like a pressure cooker”.