Meet the Aegean Race
On June 14 of the next, 2020, in Athens, near the columns of the famous temple of Poseidon, a solemn ceremony will be held to launch the new 600-mile race – Aegean 600. 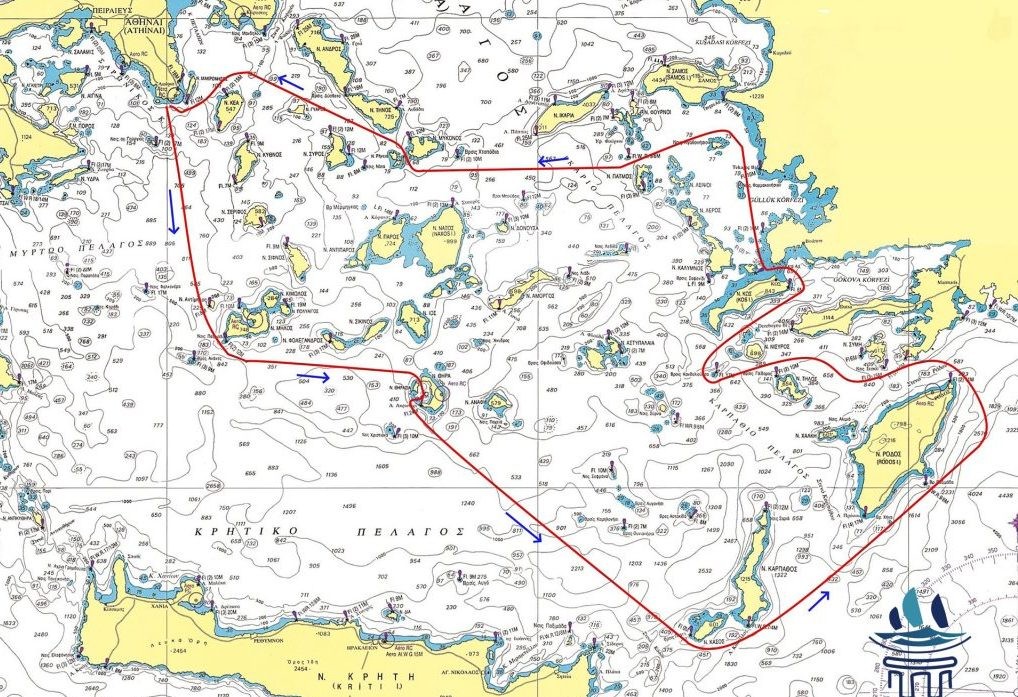 Translated from English – "Aegean." The sea there is Aegean, and the islands and everything else. Amazing places! And there is no doubt that the sailing non-stop 600-mile race in the Aegean Sea will enjoy considerable popularity. Naturally, provided that the organizer of the regatta – Hellenic racing club – will conduct all the preparatory work at a high level. Well, let's hope that the club will not fail.

And then – a fairy tale. Start, as already mentioned, – in Athens. Then – the island of Milos, recognized by the Greeks spoiled by natural beauty, a real gem. Although, on the other hand, every other island on the way can be called the same way. Because then – Santorini, Kasos, Karpathos and Rhodes. Then – Farmakonisi, Agathonision, Patmos, Mykonos, Delos. Finish – in Athens. At the same columns of the temple of Poseidon.

It is tempting, what to say. Maybe someday we will take part?

The official site of the future race – http://aegean600.com.