Leading a Pole with a Brazilian
These days in Porto Cervo in Sardinia, the World Championship in the class of yachts "Star". On Monday and Tuesday there were two races. 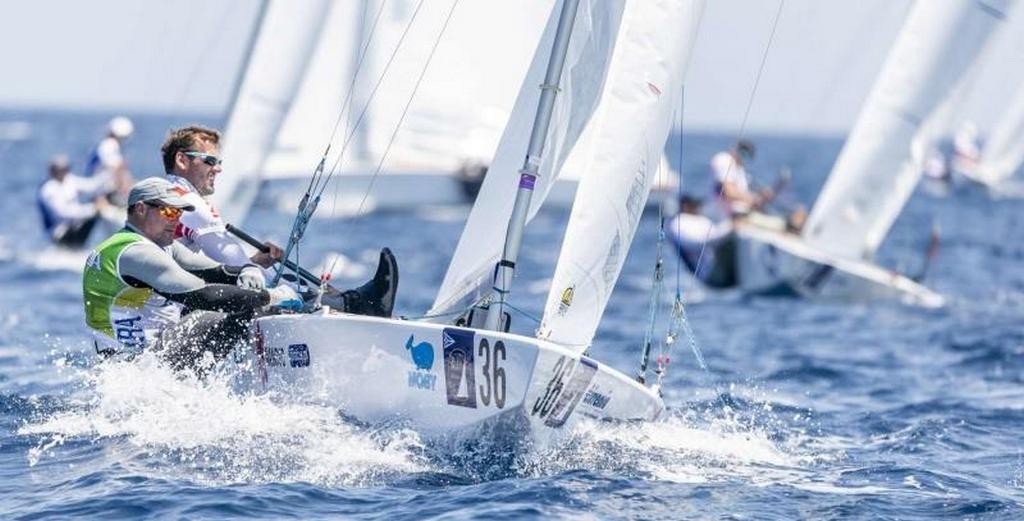 According to their results, the international (and more than eminent) crew on the Carrera yacht is leading: the helmsman is the best yachtsman of the world in 1999, the 1996 Olympic champion in the Finn class, the Pole Mateusz Kushnerevich; shkotovy – two-time Olympic medalist in the class of "Star", four-time world champion Brazilian Bruno Prada (note that the Olympic medals and three victories at the world championships of the four he achieved with the famous Robert Scheidt on the steering wheel). Kushnerevich and Prada (they are the ones you see in the picture) have 8 points (6th and 2nd parishes).

Another representative of Russia – Alexei Selivanov, who, we recall, at the beginning of this year, in conjunction with the American Luc Lawrence, won the gold of the first junior (under 30) World Championship in the same class “Zvezdniy” – now performs together with another American – Jim Revkin. They occupy the 33rd place (66 points, parishes 42 – 24).

What connects Selivanova with this same Revkin, who is also well over 60? Oh, this is a curious story. Let us quote the interview with Selivanov, which he gave to Yacht Russia correspondent shortly after his victory at the Junior World Championships:

“It all started in 2012 at the Kiel regatta, when Josh Revkin, Jim’s son, asked me for Finn to take part in competitions. His yacht was in England, and my reserve was on a trailer 20 meters from the launch. I said, “Velcom” – and the next day Josh joined our group on my yacht.

And on the last day of the Kiel regatta I had to rescue him two miles from the coast. The wind increased from 25 to 50 knots by the end of the second race, and only 5 of the 34 yachts were able to reach the finish. There were both coups, and torn feathers, and broken masts.

Josh rolled over in the middle of the final forvind and froze for 15 minutes of swimming so that he could not bend his fingers and reach the dagger out of the water. I had already finished and walked into the harbor when I saw an upside-down boat, approached, took it out of the water to my Finn, and I jumped to turn over the second one. So, exchanging yachts, came to the yacht club.

Well, sort of nothing special, which of us would not do the same? But now we are like brothers. And Jim is our father.

Jim is 66 years old, he is a cardiologist, he is looking for a protein in the research team that can stop the synthesis of “harmful” cholesterol by our liver, and spends his free time working on a yacht or in the mountains. As a child, he was taught to walk safely on a cruise yacht, so in racing he prefers to give up and does not show Olympic results, but this does not stop him from participating in competitions. "

Like this. And in conclusion – another important detail: it was Jim Revkin. Jim offered Alexey his yacht for the Junior World Championship, paid the entry fee and advised him to take Luke Lawrence as a helmsman. As the water looked!