Operators that focus on the efficiency of their vessels, pay great attention to the purity of the body, because it fouling leads to significant frictional resistance and, consequently, to higher fuel costs.

Rob Almeida from gCaptain brings to this subject the chart prepared on the basis of calculations of the naval Academy USA. As can be seen, in the most severe fouling, the level of fuel consumption at a speed of 15 knots (blue columns) increased by 76% and speed of 30 knots (green columns) by 47%. 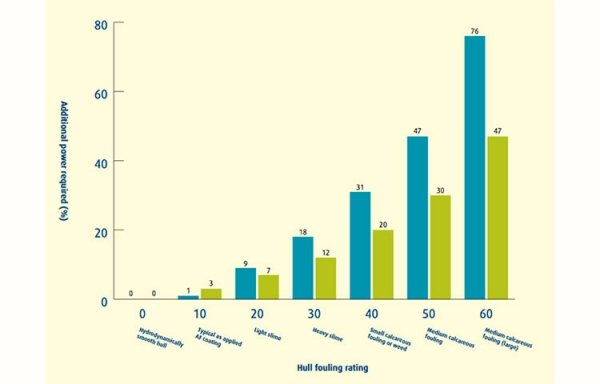 Traditional to clean the body remain diving operations or drydocking, however, that, in either case, it takes time. Save it and also to optimize the costs for the cleaning of the hull is called the invention of the Norwegian Robert Andersen, which supported and introduced to the market, the company, GAC and Notodden from Dubai. It’s called HullWiper, and this is the first underwater machine to clean the case with a remote control.

GAC claims that in 2014 with HullWiper was purified 150 vessels. Cleaning the largest of them did not exceed 24 hours. The machine removes approximately 2 000 sq m of surface per hour – five times faster than a diving operation. According to the GAC In 2015 system HullWiper will use 400-500 ships. 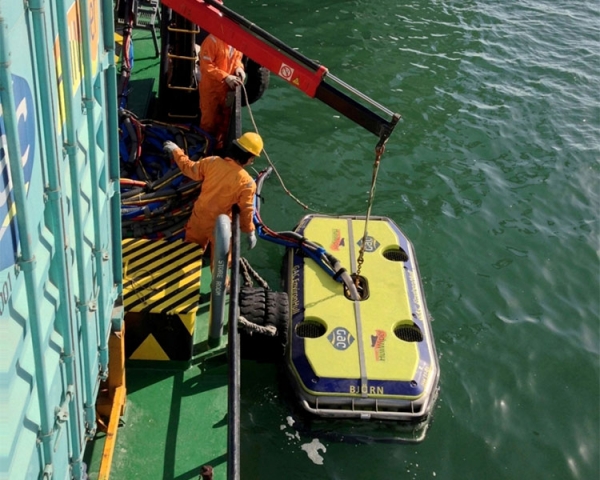 In addition to this, the positive effect of the use of HullWiper the developer as sustainability and respect to the paint – one of the problems that often accompanies treatment plant diving operations.

The machine has three disks with rotation speed of 450 rpm, each equipped with four nozzles, the supply pressure of the high pressure water. Simultaneously with the release of the water it is absorbed, and at a rate 8 times faster. The absorbed water is cleaned and again discharged via the nozzle. The HullWiper filters able to retain particles with a size of only 20 microns. Thus, during operation with housing water contamination is minimized. 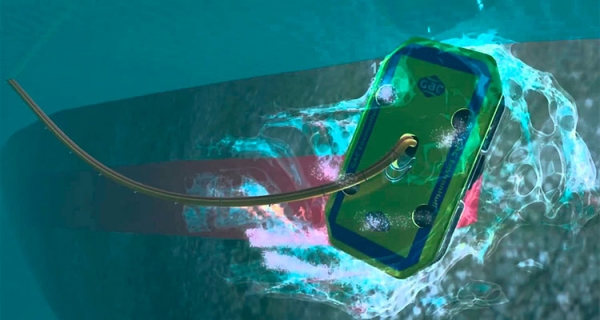 The cost HullWiper directly on called. GAC only makes a reservation that the price of cleaning one square meter with the use of the machine is USD $ 3.5, in this case the customer does not bear additional expenses for the restoration of paint, and the cost of diving works will be USD $ 3.5 / sq. m. and a further USD $ 6.00 /sq. m. for the restoration of the paint.