As you probably already know, on Monday morning of the race Mini-Transat came alarming news: the race organizers reported that two yachtsman – Russian Irina Gracheva (579, serial division) and Frenchman Julien Bertalan (742) – reported a breakage of masts on their yachts. 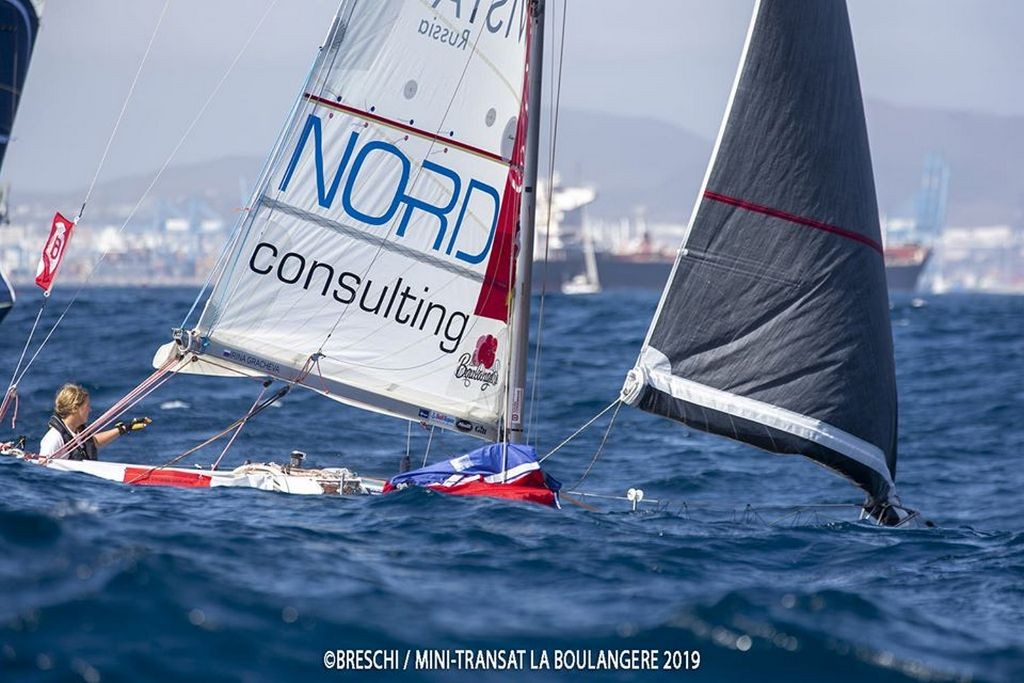 It was assumed that the athletes will have a two vessel support, which are on the route after the regatta.

According to reports from the ocean, the mast on the yacht Bartlema broken in the area of crespin, but the athlete intends to continue the race, going with emergency service. The same can be said about Irene: she does not ask the organizers for help and going on their own to move to the finish line, using for the production of sails remains of the mast. This morning the Russian was located about 1130 miles from Martinique, the speed of advancement of the yacht in the distance was about 3.5 knots.

Of course, to talk about the fight for the top places in these circumstances it is not necessary, but by itself the decision by Irina Gracheva to continue the race is profound respect. A brave and responsible act!

The second Russian participant, Fyodor Druzhinin, in the night of November 12 was 1150 miles from the finish line, going 18 in the Proto division.

The leaders of the divisions while still: Francois Gambo (865) in Proto and Ambrogio Beccaria (943) in Serie.