Former Italian automotive designer Pierpaolo help of Lazzarini (Pierpaolo Lazzarini) conceived of the first concept futuristic small capsule boats Jet Capsule in 2010. Three years later, was ready of 7.35-metre working prototype, which was presented at the Monaco Boat Show. Now that since the premiere it took another five years, launched an updated model of the Royal.

Compared with its progenitor, the new Jet Capsule has increased more than half a meter — to 7.95 meters in length. But the maximum width remains the same — to 3.44 meters. In the end, the deck area (under the dome and beyond) in total increased to 18 square meters. 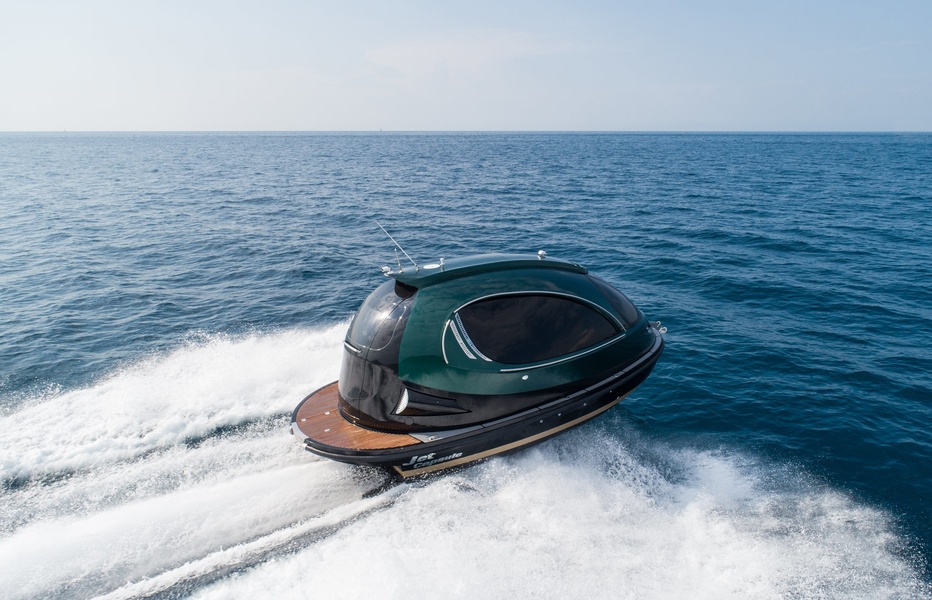 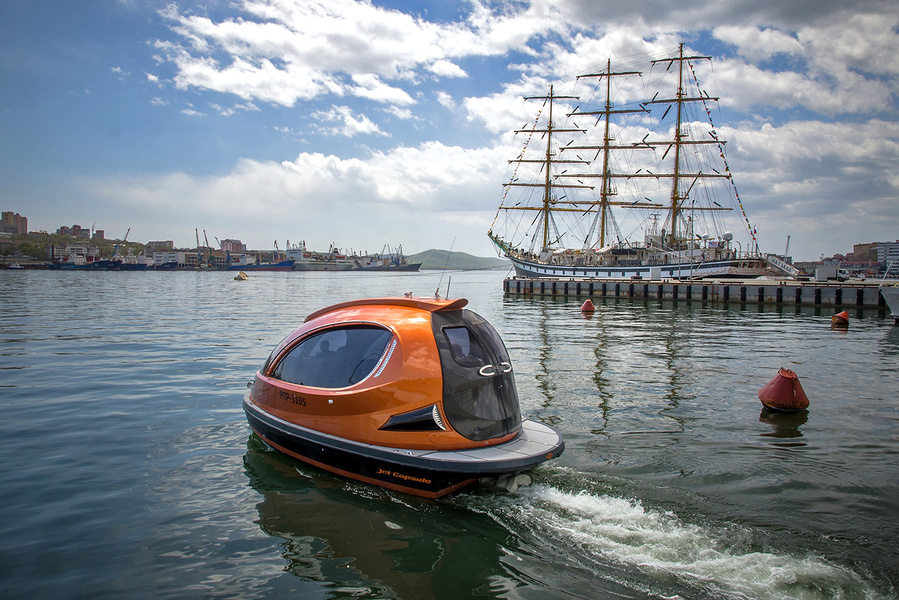 “This is a very compact but still luxurious yacht. It is small enough to minimize maintenance costs, but at the same time big enough on Board could spend time and sleep comfortably a group of friends. This is an incredibly luxurious boat, much more luxurious than counterparts of the same size,” sincere said, help of Lazzarini.

Lungs capsules are produced by vacuum infusion and 70% composed of carbon. For Windows uses photochromic glass-“chameleons”, who themselves create the shading in the bright sun. With a maximum displacement of 3.5 tons of sediment Jet Capsule is only half a meter.

Increasing the area is still not allowed to take on Board a greater number of people. The maximum capacity of the Jet Capsule has remained the same — 12 passengers + coxswain. At the first launched on the Royal armchairs and at only up to eight. It should be noted that the maximum height inside Royal — 2.3 meters, and the curve of the roof is laid out in such a way that even tall people are comfortable in any location of the cabins. 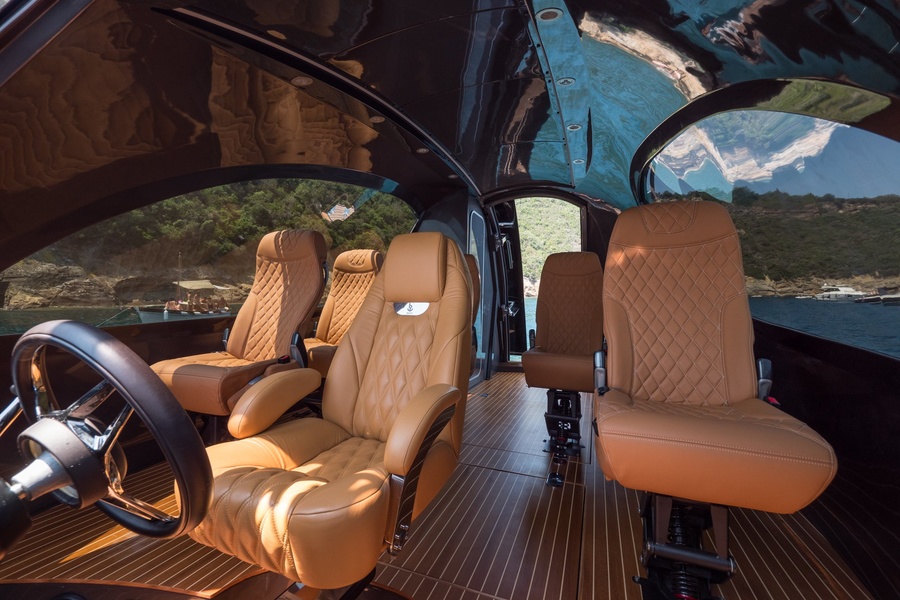 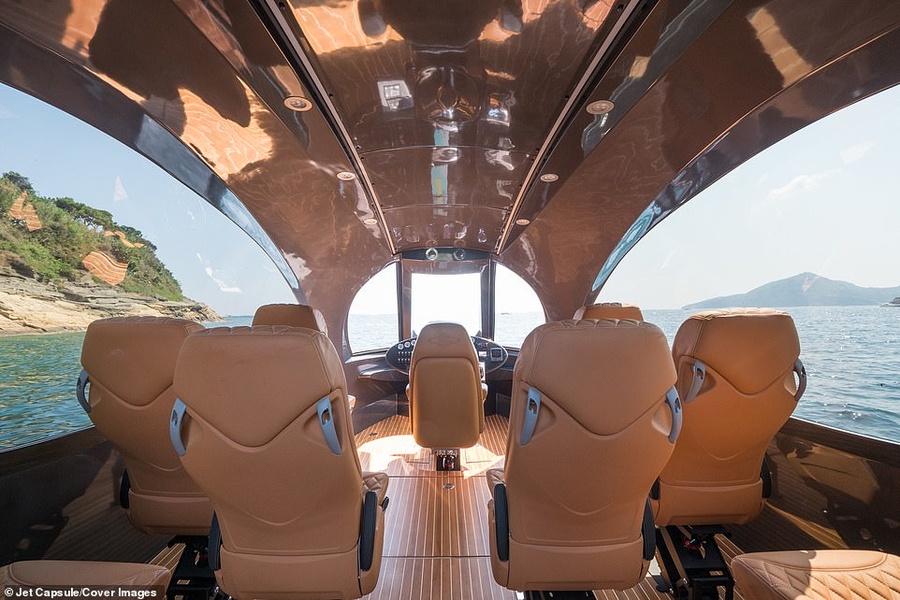 There are four layout options to the “capsule” of the boat. In addition to the version of “taxi” (just rows of seats but, unlike the previous version, latrine, sink, and a tiny bar) at the request of the future owner is available also the version “classic” (two seats for passengers facing each other, a coffee table on the port side and a sofa and a latrine at the stern on the right), “private” (four chairs for guests opposite each other in pairs on both sides of the two tables in the aisle, all the furniture moves on rails along the longitudinal axis of the boat) and “luxury” (two sofas down either side). 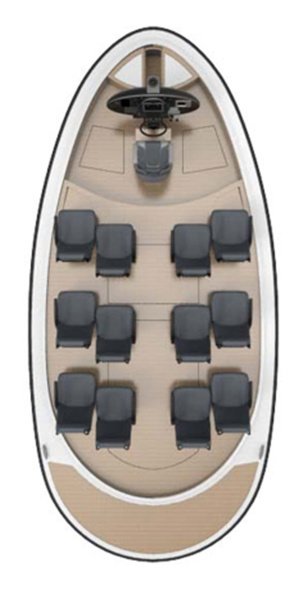 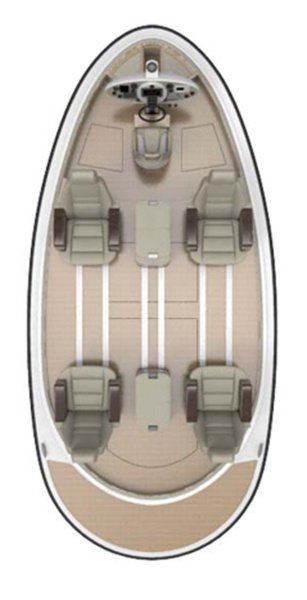 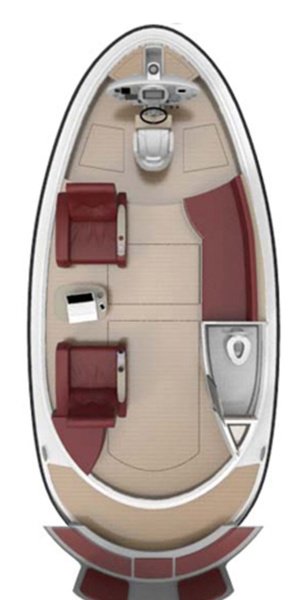 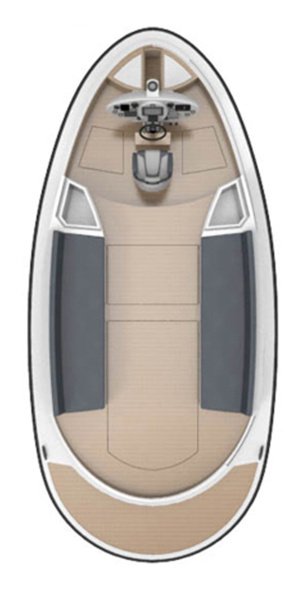 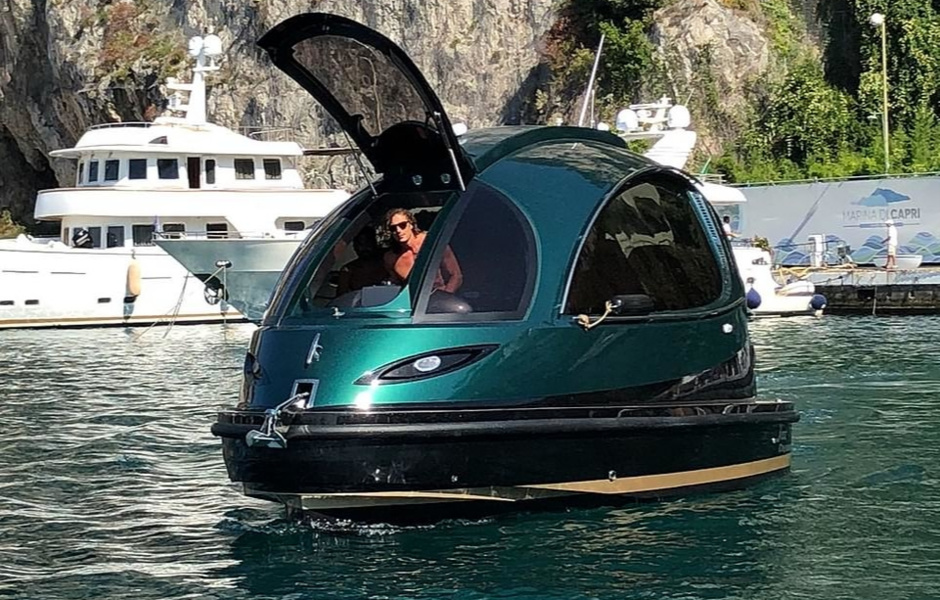 But located on the roof of a single lounger where you can bask in the sun, as in the classical model, the photos have not yet seen. Perhaps its installation is optional. In the end, the capsule design has not changed too dramatically. On one short promovideo Royal guy from the photo above jumps from the roof into the water, and then to climb it still is not difficult. 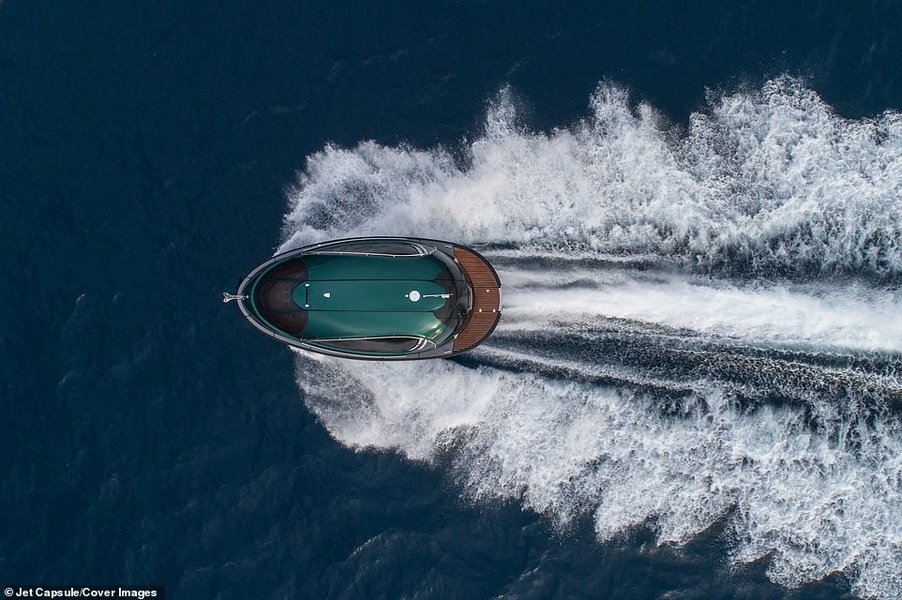 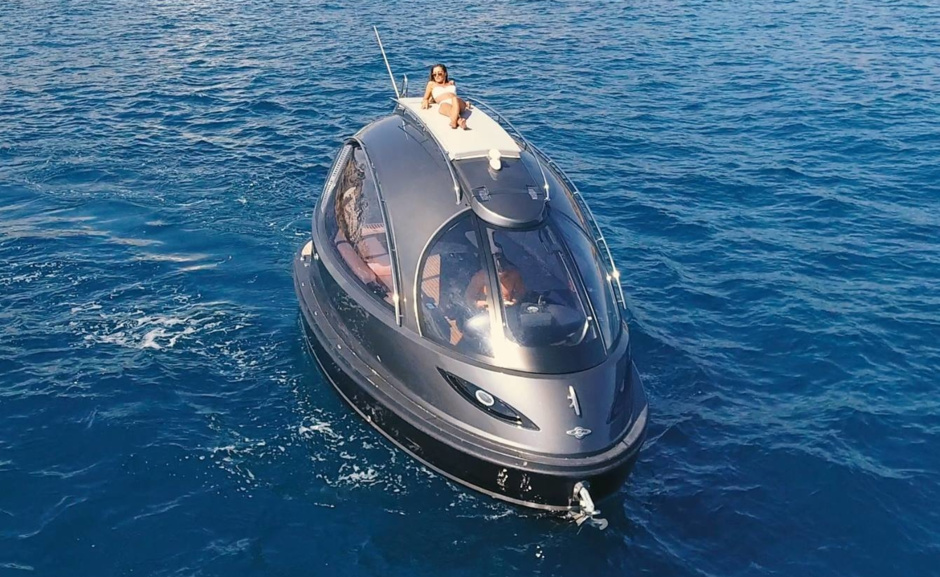 “Under the hood” at Royal engine YANMAR 8LV 370 HP diesel engine operating on a system of water cannons Hamilton Waterjet. The capsule can travel at a cruise speed of 25 nautical miles and spending about 35 litres of fuel per hour to operate without refueling 200 nautical miles. Fuel tank capacity of the boat is 350 liters.

The maximum range of Autonomous navigation, which has been achieved on the Jet Capsule, made up of 300 nautical miles and a maximum speed of 42 knots.

On request the boat can install the motor up to 1040 horsepower and then the maximum speed will rise to 62 knots.

Jet Capsule has the international certificates of CE and RINA, so it’s possible to go anywhere in the world. Restricts the operation of the boat just the weather: the wave should not exceed two meters.

While the Jet Capsule is the only project of the help of Lazzarini, embodied in reality, he has a lot of ideas. For example, in 2016-2017, he created the concepts of UFO and UFO 2.0 (the”UFO” in this case stands for “unidentified boating object”).

And in April 2018 Italian introduced the concept of the whole modular floating city Waya inspired by both Mayan pyramids and Japanese temples.

Caution: a masterpiece on Board