The winner of the “Amateur” division RHUM MULTI Frenchman Pierre Antoine (Pierre Antoine) finished in the harbour of Pointe-a-Pitre (Guadeloupe) on November 20, after 15 days, 1 hour, 15 minutes and 5 seconds travel from Saint-Malo (France) on his wooden trimaran Olmix. According to the official website of the race, he set a new record for the Route du Rhum in its class. Contender for second place in the RHUM MULTI Frenchman Jean-Francois Lilti (Jean-François Lilti) from the finish line separated by 380 nautical miles. 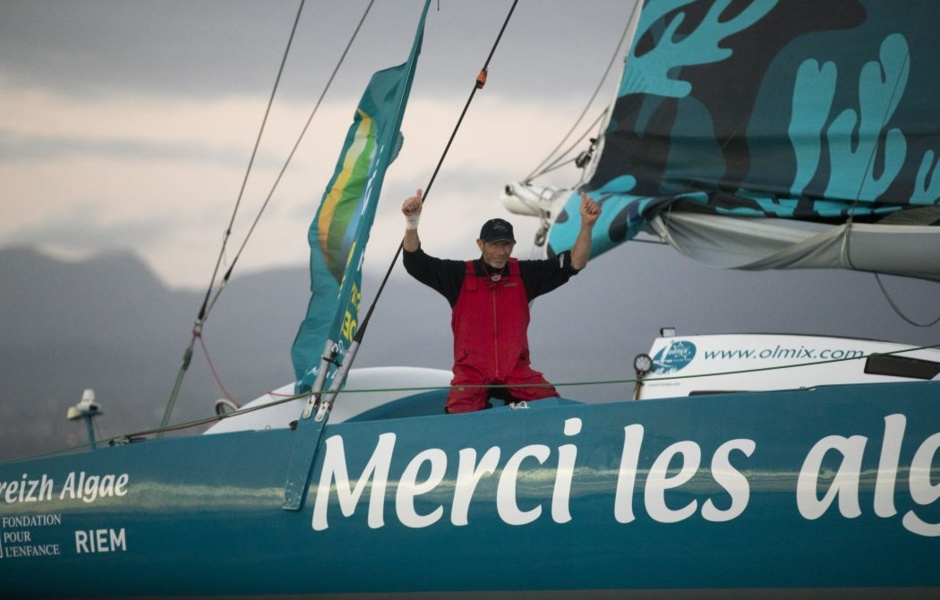 Antoine is involved in “rum” race for the fourth time. His boat, built in 1991 in the fifth. In 2006 the yachtsman has already managed to reach the finish line first, but during the last Route du Rhum him because of breakdowns I had to go in the race, before they reached Guadeloupe.

This year’s race will probably be remembered by Antoine at least two events. First, at the end of last week it for a few days interrupted his solitude aboard Olmix when picked up distress of a member from division MULTI 50 lalu Rokarola (Lalou Roucayrol). Rokarola Arkema trimaran capsized on October 14 in a thousand nautical miles from Guadeloupe and a few days drifting in the anticipation of salvation.

“We are so used to being alone during the race, that pick up passengers on the 15 day, which is very strange. You like two astronauts in space, which were together. Lal have already had experience of similar situations and although to choose it was not easy, it really helped. In fact, I’m glad I was there because it could be anything, and we were very far from land,” said Antoine.

Roquairol also was happy to be with Antoine.

“We had a little chat. The weather is mild and Sunny, all right. I gave Pierre some frozen sublimate, and he said that he has something much better and made me Breakfast and coffee,” — said Roquairol shortly after the rescue.

However, together sailors spent only a few days. When near Olmix held a tug, which was to Arkema return to the mainland, Roquairol joined the rescuers.

The second significant event during the race for Antoine was that he not only broke the speed record for the Route du Rhum in its class, but also finished ahead of the winner of the CLASS 40 Joanna Ricoma (Yoann Richomme) and took third place in the division ULTIME Kavila Tom (Thomas Coville). 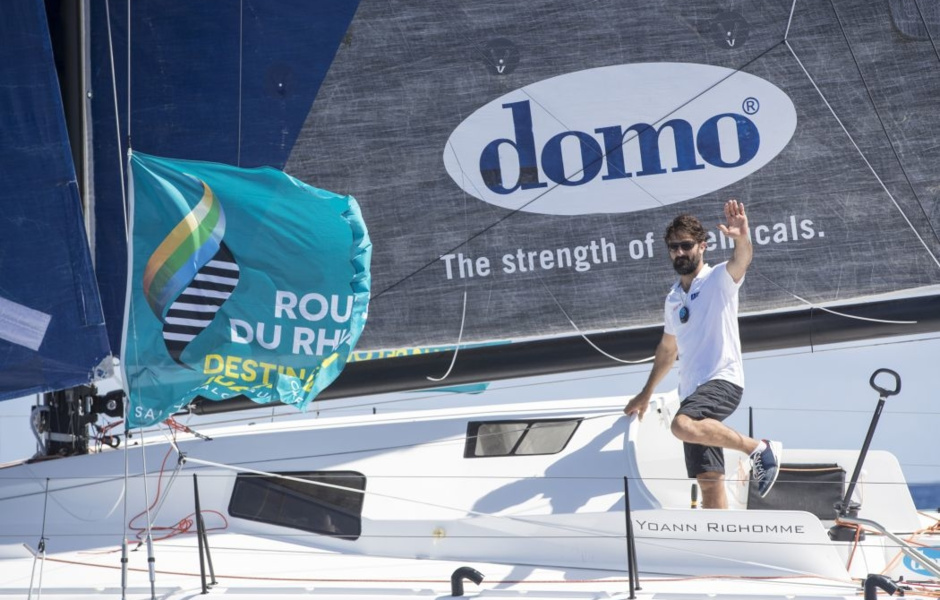 Risom finished in Guadeloupe, having the sea 16 days, 3 hours, 22 minutes and 44 seconds. He can be proud of, because he was the first in the most numerous class. At the start in Saint Malo out of 53 boats. This is 40% of the entire fleet of the Route du Rhum (125 vessels). Today, from the distance came the 16 participants of the CLASS 40.

“It was almost a perfect ocean race. I carefully thought over strategy, focusing on weather conditions, everything went as planned. I was always safe. Broke two meter bowsprit, but otherwise the boat was 100% reliable”, — shared his impressions Risom.

He also admitted that incredibly grateful to his shore team that helped him during the race.

“It was truly a team effort. They all did a great job so I ended up here. Worked on a project for so many people!” said Risom after the finish.

Volume Covely managed to take third place in the ULTIME divezone despite the almost six-day Parking in Spanish Acoruña, which it took to repair his Maxi-trimaran Sodebo Ultim. He finished on 20 November after 16 days, 7 hours, 45 minutes and 36 seconds after leaving Saint-Malo.

Thus, not even counting the six-day repair, Covil still about three days behind the leaders echelon Francis Guaiana (Francis Joyon) and françois Gabaret (François Gabart) that finished on 12th November with a difference of seven minutes. However, it is possible that if Cowely did not require repair, the result would have been different.

Next is November 21, with a difference in two minutes to finish came Emerick, Sapele (Aymeric Chappelier), who took second place in CLASS 40, and Lavigne Sidney (Sidney Gavignet), which finally succeeded on the third attempt to win the “Amateur” tier RHUM MONO. The way from Saint Malo to Guadeloupe took them 16 days and 11 hours. Beyond this time, Sapele it took another 16 minutes and 15 seconds, and Havinge — 18 minutes, 5 seconds. After another half hour third in CLASS 40 finished Briton Phil sharp (Phil Sharp). His time — 16 days, 13 hours, 1 minute and 50 seconds. 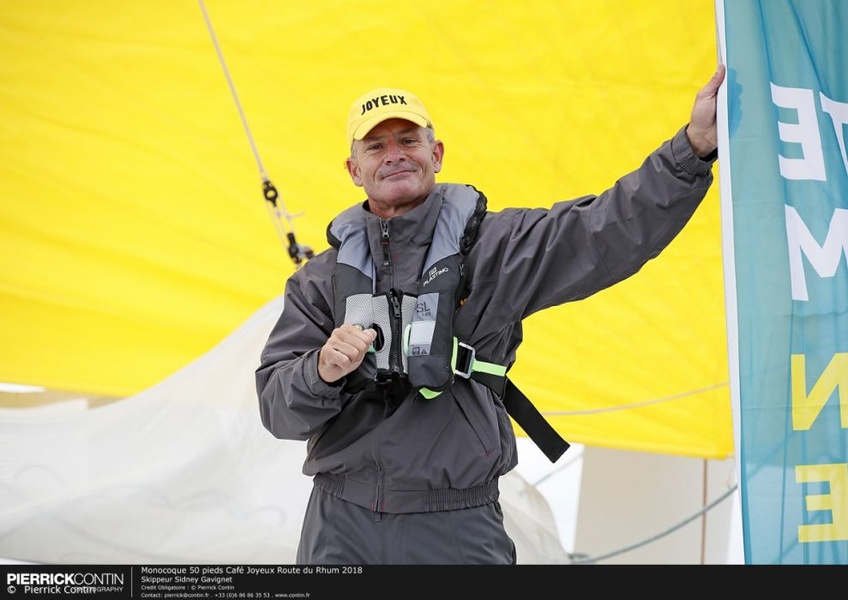 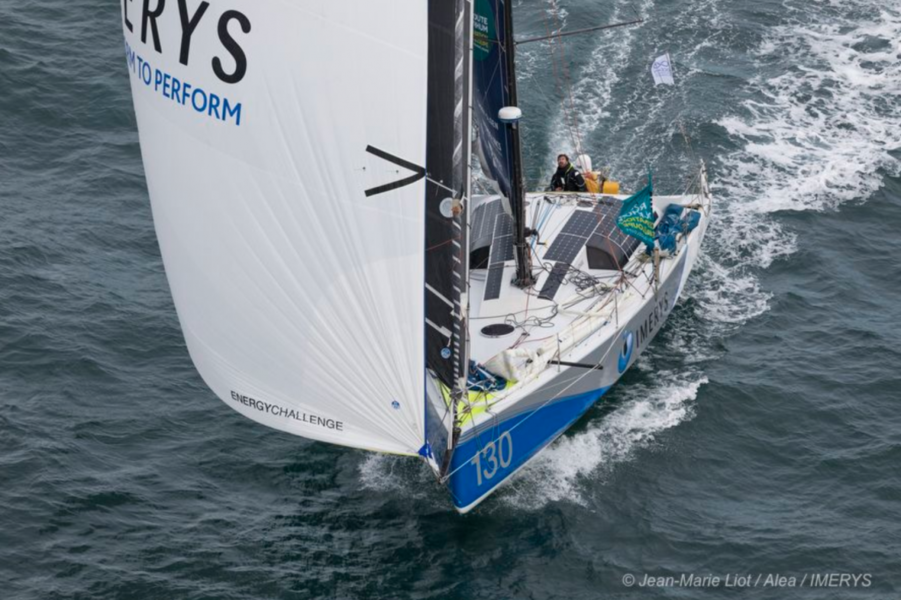 The hype surrounding the 24-hour fine the actual leader of the echelon IMOCA Brit Alex Thomson (Alex Thomson) slightly overshadowed the achievement of this class of Frenchman Damien SEGUIN (Damien SEGUIN). 19 November, he finished in the Route du Rhum only the sixth, having spent at sea 14 days, 18 hours, 55 minutes and 2 seconds. But this result is difficult to overestimate, because it is the first big step one-armed three-time Paralympic medalist to participate in the world Vendee Globe in 2020. 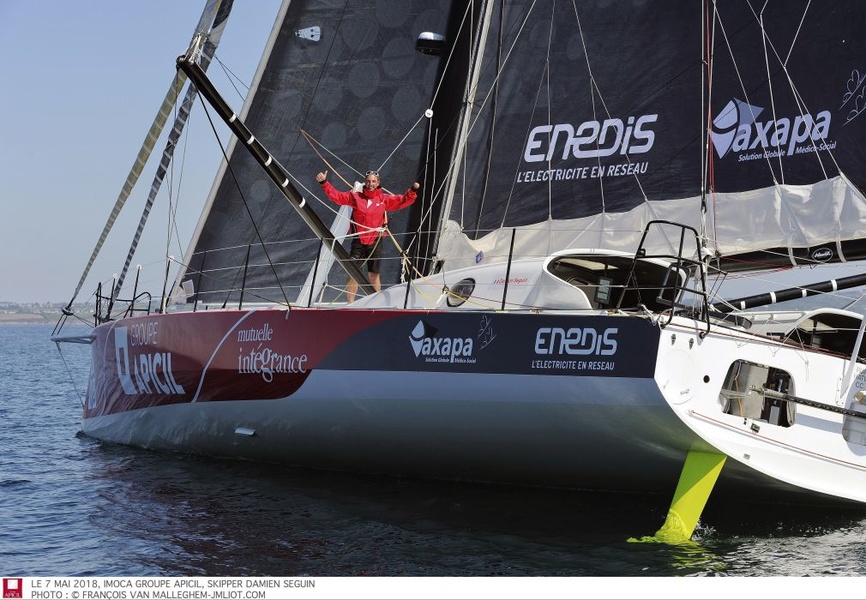 Before all the achievements of SEGUIN were associated with a Class40. On these boats he, in particular, participated in the Route du Rhum in 2010 and 2014, taking, respectively, the 8th and 10th place. This race was his first experience of competition at IMOCA.

“Even if I walked a lot in Class40, those extra six meters, something completely different. It’s a great challenge your physical abilities. I will conquer this monster. I need to learn a lot. I don’t want to get ahead of ourselves,” said SEGUIN before the start of the race in Saint-Malo.

Now when the winners in all six levels of the Route du Rhum, Pointe-a-Pitre gradually began to leave not only journalists, but also finished yachtsmen. The first way back in Brittany (France) went Francis Joyon. The company will make him his son, three technicians from the support team and friend Bertrand Delesne (Bertrand Delesne), who also participated in the race this year in Class40, but fizzled. Back in France, they rely on 28-29 November.

Gracheva and Druzhinin again at a distance