And now with the rain …
On Friday in St. Petersburg, where the Russian championship in the SB20 class of yachts continues, it rained already in the morning – it seems that autumn still got to the eastern Baltic. 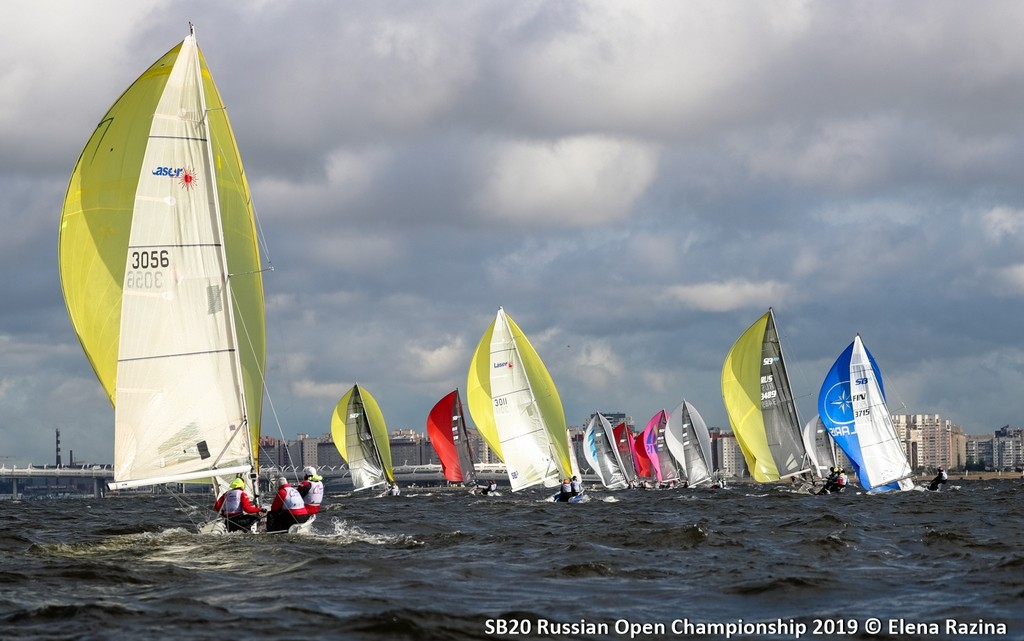 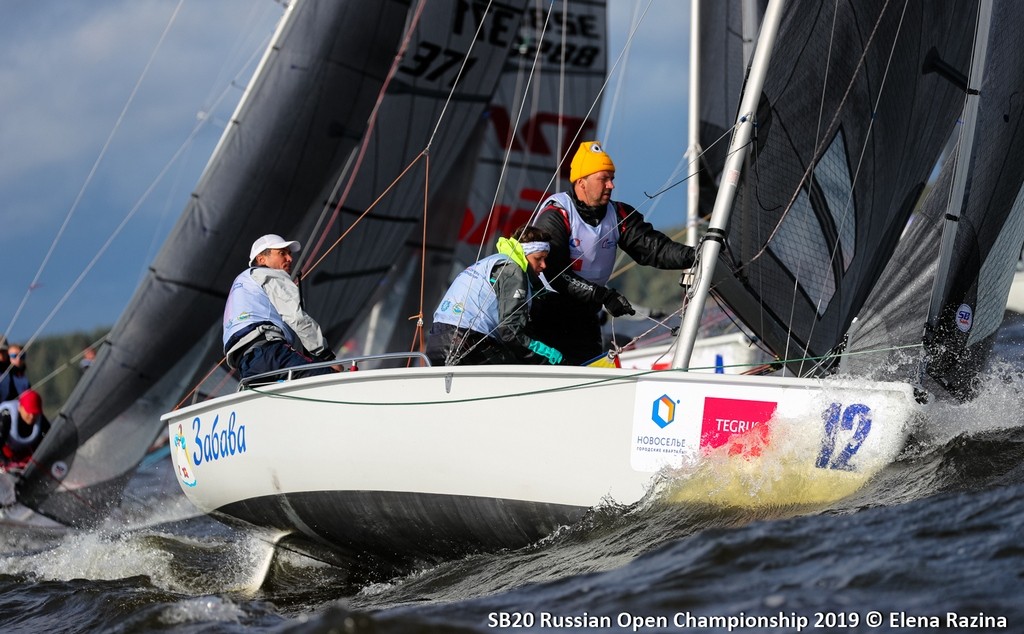 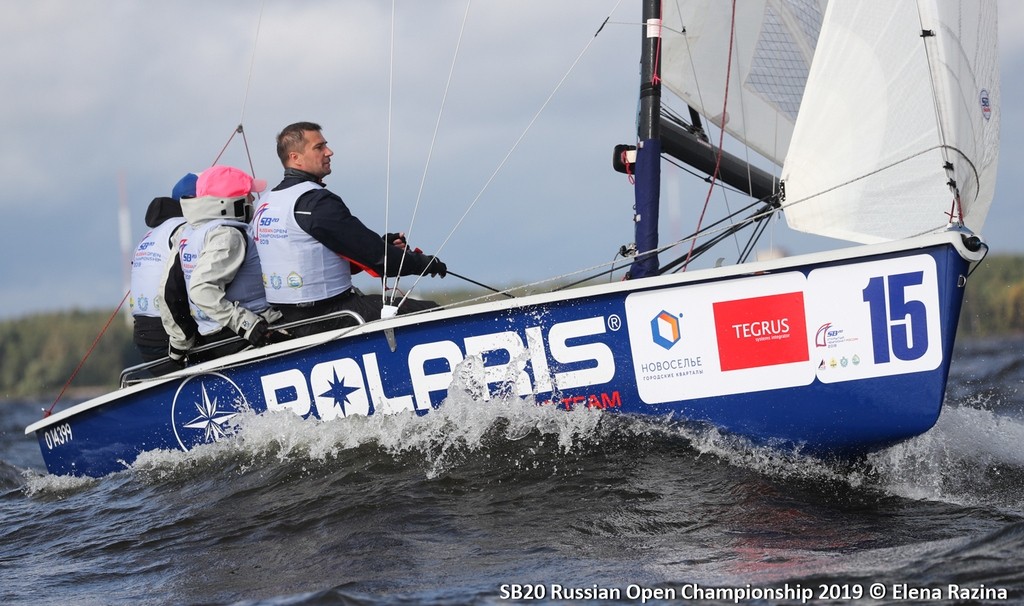 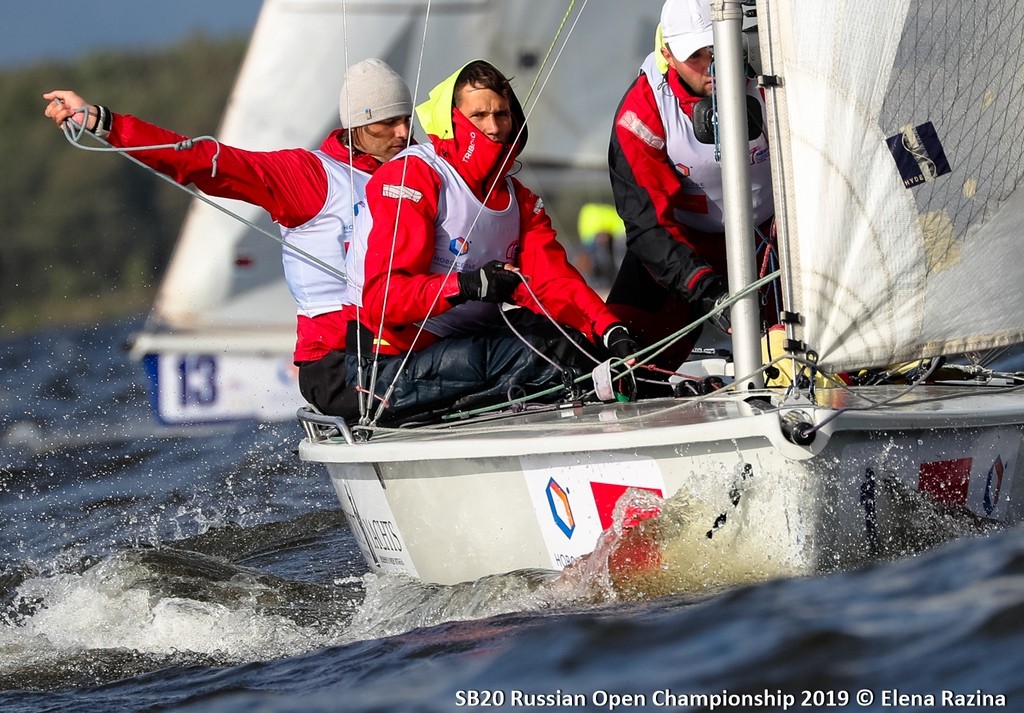 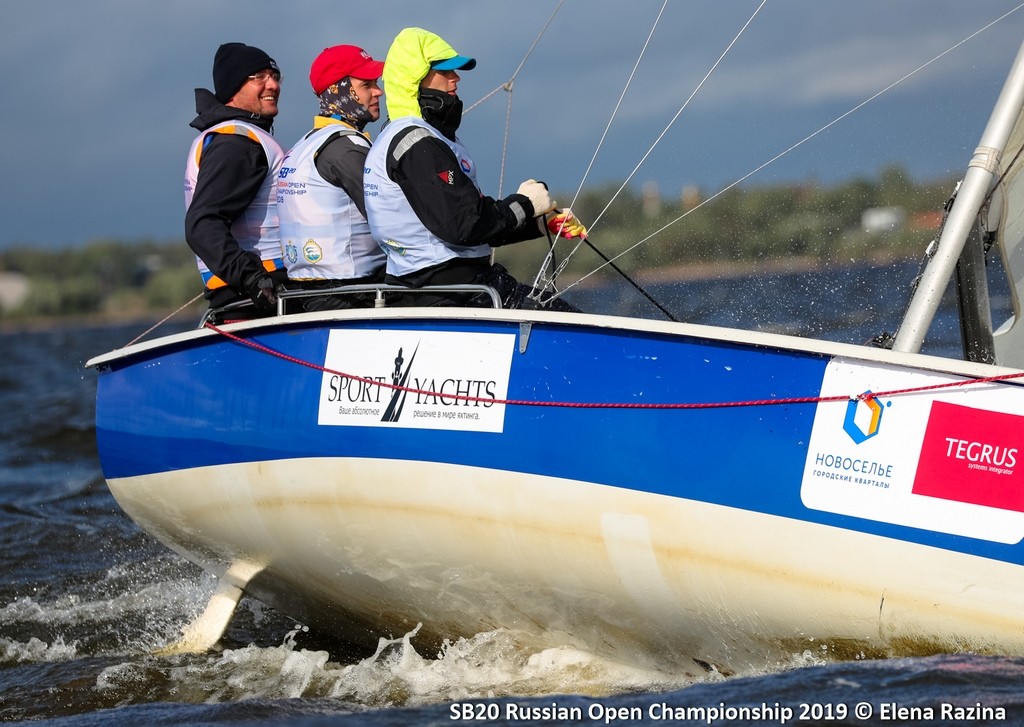 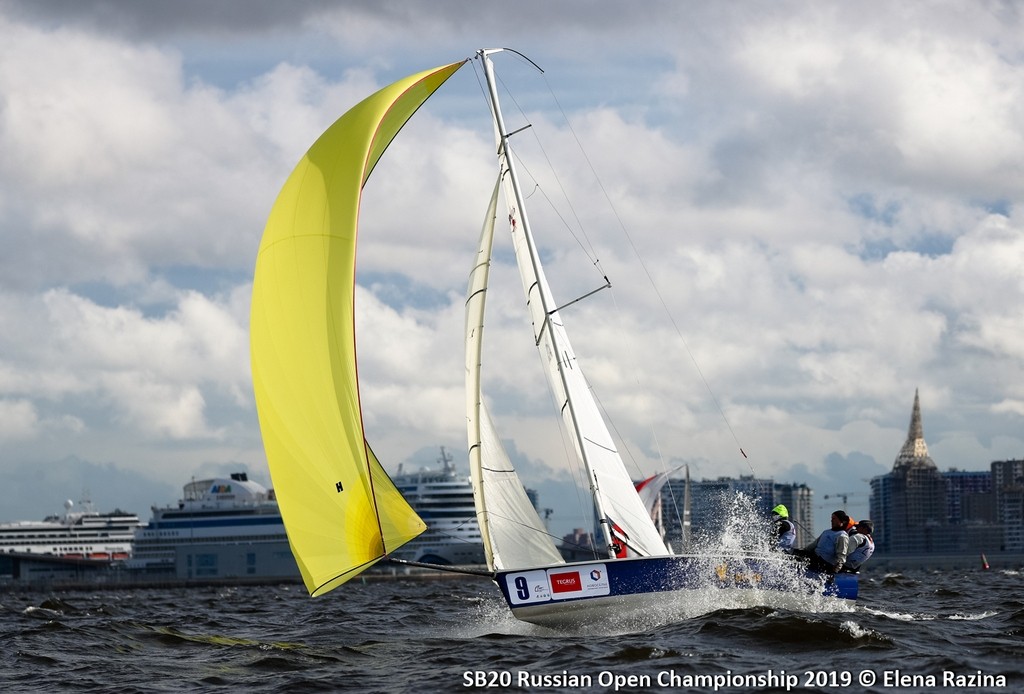 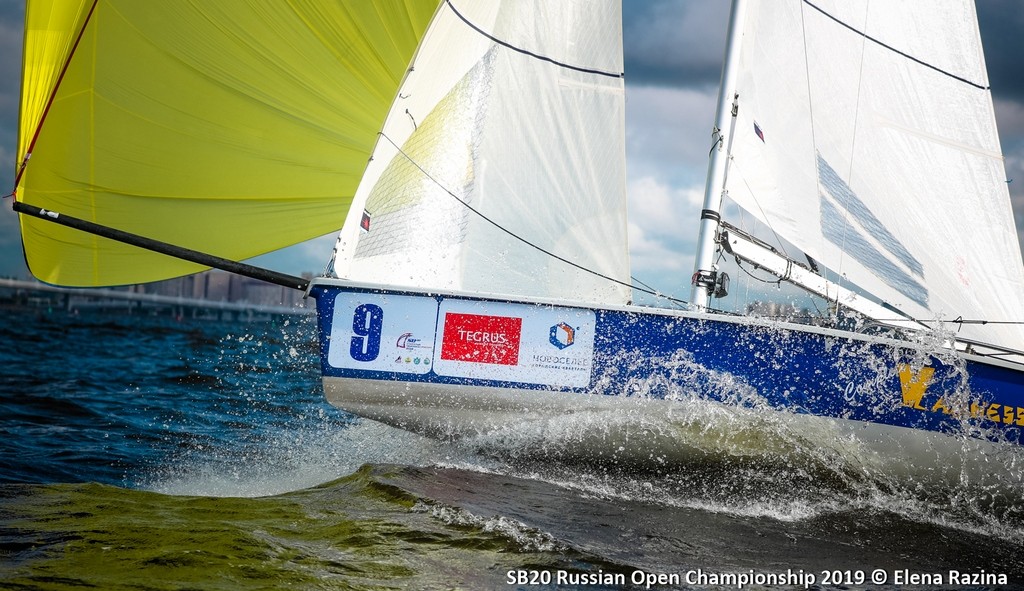 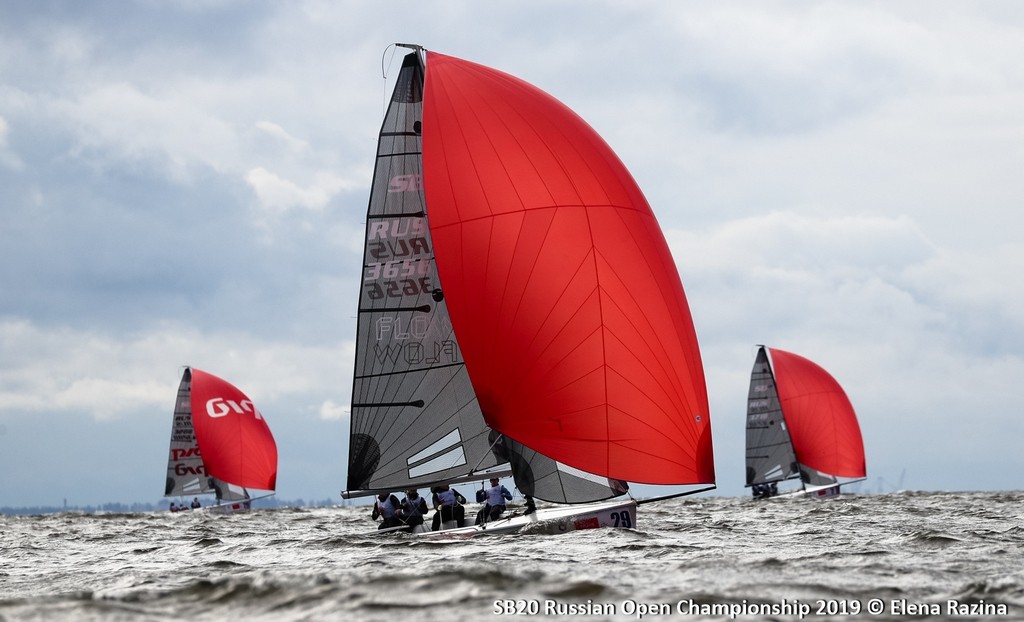 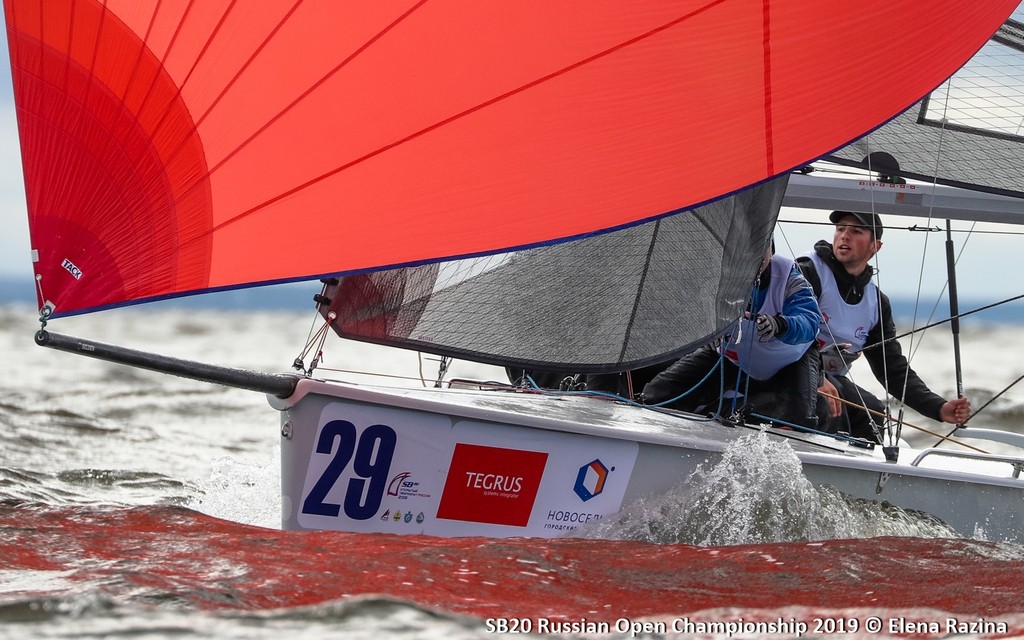 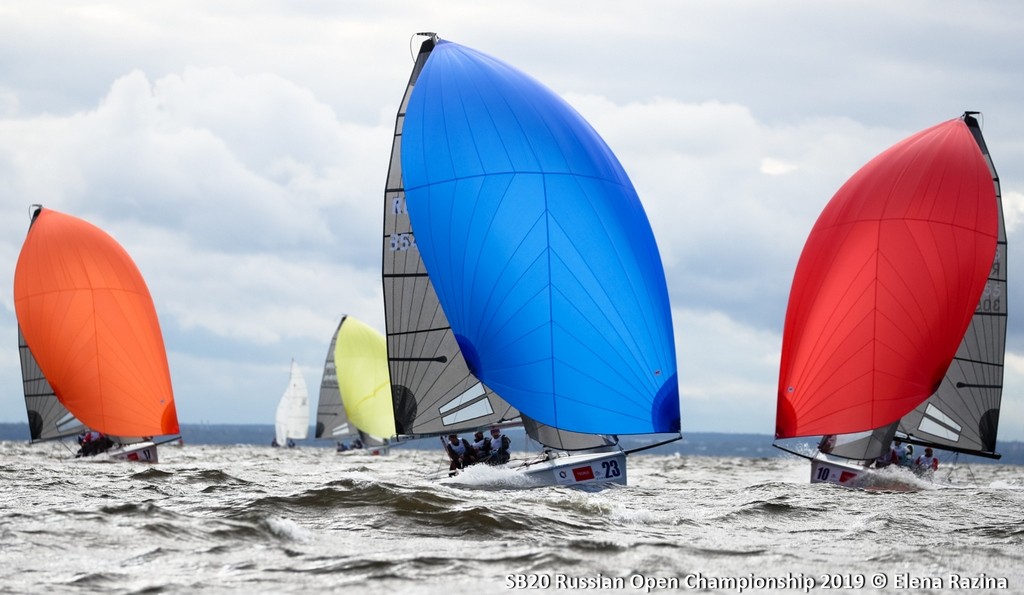 At the morning briefing, the Chairman of the Racing Committee Vladimir Komel shared a forecast with the participants of the championship, which predicted a significant increase in wind up to 25 knots and higher. “In this case, of course, we will cancel the race,” the chief judge explained. “I would like to keep the fleet intact.” After reconnaissance conducted at sea, yachtsmen were invited to go the distance.

The start of the fifth race of the championship was given at 13:05, and after an hour it ended. Contrary to fears, the wind during this time not only did not increase, but generally blew weaker than the day before: 12-14 knots from the western direction. The situation was “brightened up” by the most powerful downpour, which began an hour before the first signal that had been sent from a referee ship.

Like the day before, the first race of the day was won by Vadim Pushev, almost half a minute ahead of his closest rivals – Alexei Lesnikov and Alexei Semenov. But the pursuers themselves at the finish line were split only a second in favor of the B-team.
Starting from the 5th race, the “outburst” system is in place when calculating points, therefore, along with getting “good” points, the regatta leaders at one point got rid of the burden of offensive defeats. So, the B-team wrote off 5 "extra" points, Victoria – six, New Territories – seven, MST – ten, and Flow Sailing Team – as many as eleven. True, not all of them managed to immediately replace them with a more successful number. The same Daniil Banayan in the fifth race finished only in eighth place, and Vasily Grigoriev was waiting for the failure a bit later.

The next start was given already with a slightly stronger wind; its speed now reached 19 knots. Athletes from the Victoria Team were leading the entire race, but for the second and third positions this time three crews argued at once – Timur Sabirzyanov, Alexei Semenov and Vasily Grigoriev.

After the next maneuver, the MST team, rounding the third mark, put the gennaker and went to the final segment of the distance, however … she did not cross the finish line. The judges racked their brains, looking for the number RUS 3327 in their protocols, but they did not find traces of the finish of the Muscovites. As it turned out later, the steering failure did not allow the MST to complete the race. Offensive mistake! Already on the shore, the athletes said that as a result of the accident, two riders were overboard, and their rival friends from Yekaterinburg conducted a “rescue operation”, taking the athletes out of the water.

The seventh race was the final in the competition program of the day. Vasily Grigoriev, who missed the prize at the last stage of the previous race, this time not only covered the entire distance among the first, but also finished first. Daniil Banayan and Alexei Lesnikov who fought on a par with him crossed the finish line at the 2nd and 3rd positions, respectively. And already behind them the crews of Alexei Semenov and Sergey Musikhin completed the race …

– We went third, when a lateral wave came on respect, there was a strong jerk, and the boat lost control, and I still had a torn extension cord in my hands … As the boat began to fall in love, it went on without us. And we together with Maxim (Kuzmin – ed.), As if from a catapult flew into the water. At the first moment, they tried to give signals to the yachts, which rushed towards us in full course. Thanks to the guys from Yekaterinburg who picked us up. And they, by the way, walked well, but they all abandoned and began to save us. We were transplanted to our boat, we got to the referee’s ship, somehow fixed the problem (twisted new screws), and managed to take part in the third race. Well, yes, they swam. Water, by the way, turned out to be warm. And there was no time to freeze.

– Today it was cold, the guys fell out – it happens to everyone. When we approached, they were already far from the boat in which one person remained. It is not very convenient to manage the "esbeshka" alone. They pulled out the guys, returned them to the boat, and they themselves went to the finish line. By that time we were in sixth or seventh position. In racing mode, we did not go to SB20 for a long time, although we just participated and won the match-race races. But here every day we feel better, although we still can’t find the speed. Must remember!

The position of the leaders now is as follows: