Yacht Ona, formerly known as Dilbar, found its owner. According to AIS, the boat changed its name to Raya.

Ona was owned by Russian billionaire Alisher Usmanov. Usmanov put a 110-foot yacht on sale in may 2017 after he delivered a large boat ー 156-metre Dilbar, the largest internal volumes of a yacht in the world. Ona the asking price was €250 million. 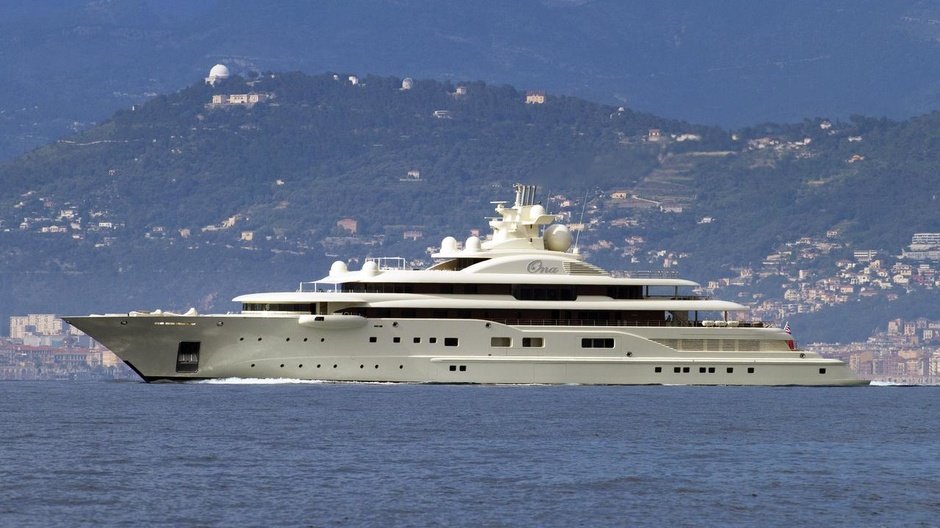 According to the newspaper Yacht Harbour, the buyer of the yacht Usmanov hails from Central Asia.

The new owner will enjoy relaxing on private master deck. And not only the rest: the master suites include a large office and meeting hall.

On Board superyacht Raya has all the amenities including large pool, sauna, massage room and theater. Unusual on the boat had a hospital and a room for protection by post surveillance of everything that happens inside and around the vessel. In the area for the crew includes not only 21 the cabin to accommodate an entire army of staff, but the gym, and the captain, in addition to cabins, a dressing room and office.

Raya was launched by the Lürssen shipyard in 2008. This is the first yacht in the world, in the exhaust system which was installed fine filters.

On Board the “Gene machine”