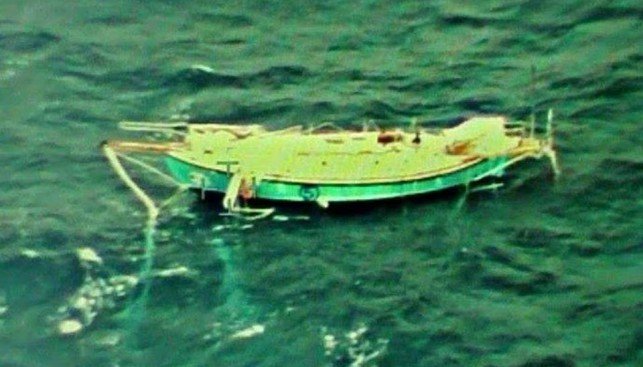 How was the rescue operation, we promptly and in detail wrote on the page of our magazine on Facebook – https://www.facebook.com/yachtrussiamagazine/. And therefore now only repeat the point.

In the Indian ocean broke out a severe storm (waves up to 14 meters). Most suffered boat Tomi – Thuriya – himself.

The yacht was essentially destroyed. The wreckage of the masts was beaten about the body. This Abilash lay without movement: he seriously injured his spine. A Hindu could not get out of the bed, was not able to reach the bags, where there was a satellite phone that he only used the emergency pager. His message contained just a few words.

This is a great happiness that Abhilasha managed to find and remove from the boat. Now Osiris again in the way the French intend to take on Board another party Golden Globe Race Irish Gregor Makhalina, whose boat was also badly damaged during the storm.