Ended a 10 day non-stop race around the world 40-meter Maxi-trimaran Spindrift 2 skipper Ian Stade Geoffroy-Guichard. Passed a quarter of the way. If it is absolutely exact – 6375 miles. 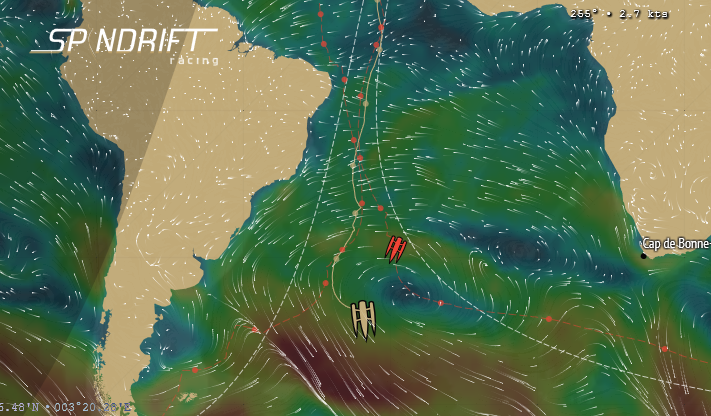 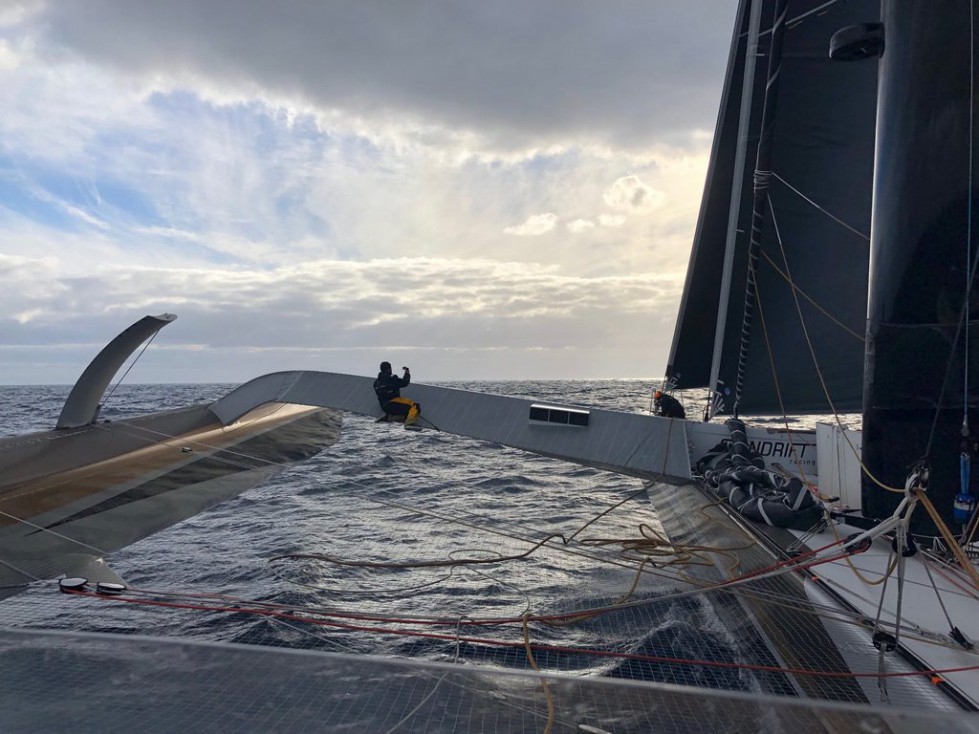 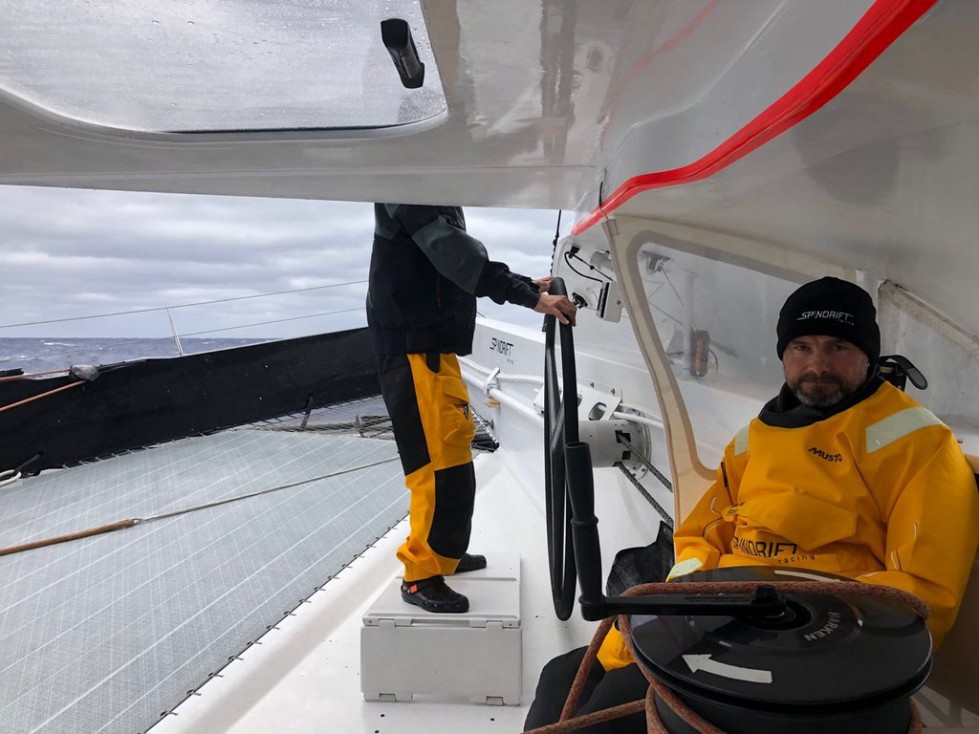 The last three days were for the 12 members of the crew of Spindrift 2 is truly dramatic. At some point the way of the trimaran was blocked by a huge anticyclone (from South America to Africa!) with its epicenter on the Island of St. Helena. And the speed of Spindrift 2 has fallen sharply.

Here are the numbers that will help you to understand what happened. Three days ago, Guichard and Co. ahead of the record schedule trimaran IDEC-SPORT with a skipper Francis Guiana 580 nautical miles. But then this advantage began to rapidly melt. 450 miles, 350, 250… At some point last night from the gap, which seemed huge, there are only 88 nautical miles.

After that this separation began to grow. Now, Friday at 16.00 Moscow time, the advantage of Spindrift 2 on the diagram IDEC-SPORT is 286 nautical miles. The maneuver, which went to the team, paid off: to the East, he turned only a few hours ago (much later than many of his predecessors), and now the winds and drive the trimaran forward with a speed more than 30 knots!

Recall that Francis Joyon, which now belongs to the Jules Verne Trophy during his record attempt reached the longitude of the Cape of Good Hope after 12 days, 19 hours and 41 minutes after launch. I wonder what the result will show on this segment Spindrift 2? Will know very soon…