A documentary by Alex Holmes (Alex Holmes) about the first female team participating in the round-the-world race Whitbread Round the World Race 1989-1990, will be released in the UK and Ireland in international women’s day. Yesterday, March 7, will also host a special screening with the participation of the main heroine of the film, Tracy Edwards (Tracy Edwards), skipper of Maiden during the historical regatta. After the screening the audience will have the opportunity to talk with Edwards and ask her all the questions. 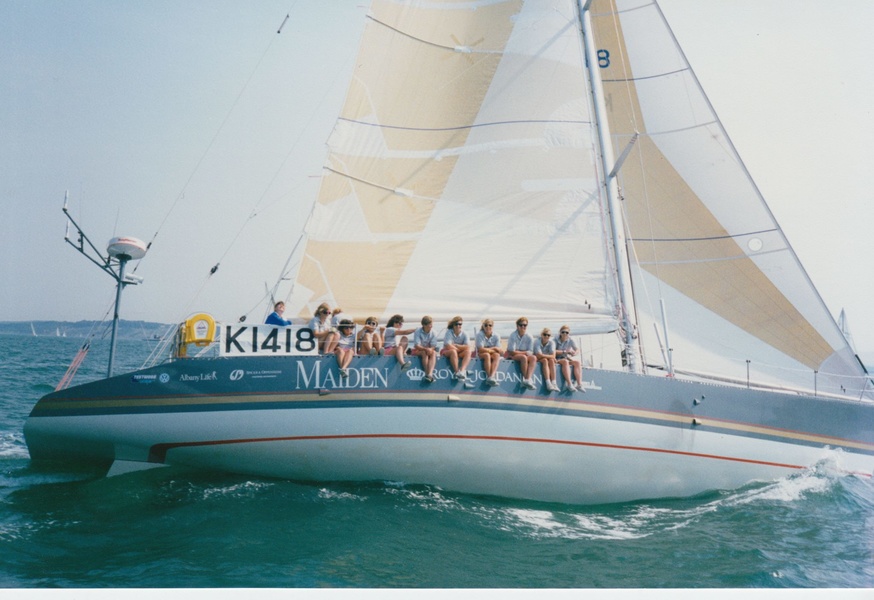 Edwards was only 24 years old when she took a fateful decision: to change a ship’s cook to the skipper, but not simple, and in the women’s team, which will participate in the circumnavigation on a par with men. Edwards and her team of 11 girls from Europe, USA and New Zealand did not perceive seriously neither rivals-men, journalists or bookmakers or potential sponsors. However, after many months of preparation and another 167 days and 3 hours after the launch, the Maiden crew, safely returned to Southampton, took 18th place overall in the Whitbread and the second place in its class. Girls have proved that they shouldn’t be underestimated just because of belonging to the “weaker” sex.

This story about the difficult road to equality on the water and sailing and will tell the audience the film is Holmes, the premiere of which took place on 6 September 2018 at the film festival in Toronto.

“Maiden — inspiring story of an inner voice and purpose, which is to be identified broadest possible audience. So great to know that an international film distributor Dogwoof with us as a team to make this a reality,” said Mr. Holmes.

Amazon on DVD or Blu-ray edition of the film will be available to 30 Dec 2019. Then it will appear in the iTunes Store.

Meanwhile, the Maiden herself — with a different female crew on Board — a little world tour continues with the social project in support of accessible education for girls. On 14 February, the boat entered the Suez canal.